Eckart Preu's final concert with the Spokane Symphony will end in a sunset. And that, he says, is how it should be 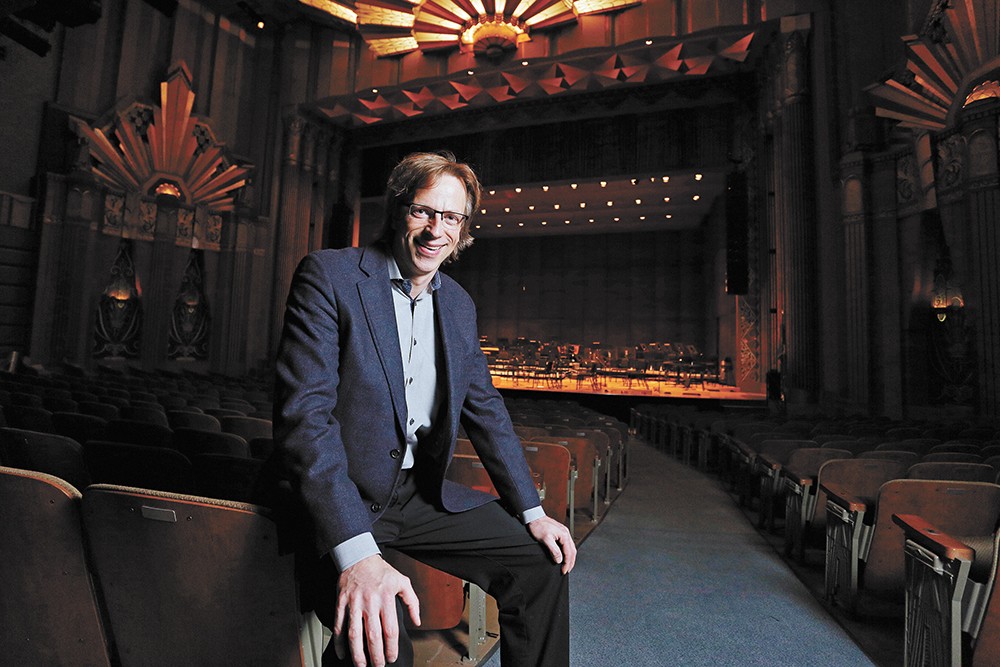 When Eckart Preu first applied to be the music director of the Spokane Symphony, his résumé was, he admits, "fairly thin." At the time he'd been an associate conductor with the Richmond Symphony in Virginia for a couple of years, a resident conductor with the American Symphony Orchestra for slightly longer, but there was little on paper to suggest that he was a standout candidate.

One of the members of the search committee later confided to him that he had been the "dark horse" among the 200-plus applicants.

"There were candidates who were much more qualified," he says. "But I decided beforehand — and I've stuck with this ever since — that if you do an audition, you don't pretend. If you're young and inexperienced, that's who you are. I was the right candidate for that time."

As his 15th and final season with the Spokane Symphony draws to a close, Preu is now preparing for his farewell concert as a new round of applicants — since whittled down to a finalist pool of just five — vies for his current job. His résumé is a bit meatier now, not least with the recent addition of music director positions with the Cincinnati Chamber Orchestra, Long Beach (California) Symphony and Portland (Maine) Symphony Orchestra, yet he attributes much of that success to his time in Spokane.

"The musician I am now and the conductor I am now was shaped during my 15 years here. I pretty much learned everything here, and I think we both have grown — the orchestra and I together. We've learned from each other. I'm a very different person and musician now than I was back then.

"When I came here, I was really fresh. I was probably one of the younger musicians onstage. And now," he laughs, "it's kind of the other way around."

Preu brushes aside the notion of a personal legacy, even if he's clearly aware of the imprint that equally long-serving figures have left, such as Harold Whelan, who led the orchestra when it was still known as the Spokane Philharmonic (1945–1961), and Donald Thulean (1962–1984), credited with professionalizing the organization.

"Nobody knows how people will talk about me 10 years down the road, if at all. You disappear real fast. That's a very natural process. Everybody needs to move on, and everybody wants to move on, too," he says. "But when people talk about the previous music directors, who is still on people's minds? And for what? I hope that people will talk about that the orchestra during my tenure had quite a boost in musical quality. And I'm not taking credit for that. That takes a lot of people."

More than anything else, Preu says that a certain intrepidness and open-mindedness have been central to that growth.

"What I found right away when I came here for the first time was this incredible willingness to try anything and give everything, this willingness to really go out of one's comfort zone. With formats, with programming," he says, noting that the audience plays a major role in that as well.

"There's not this angst of the unknown. That's what a lot of orchestras have trouble with. They want to be adventurous and they want to do new music and they want to push the envelope, but the audience doesn't necessarily want to do that. They say, 'Give me my Tchaikovsky and my Beethoven and I'm happy.' We've challenged [the Spokane audience] and stretched them quite a bit too over the years."

Any adventurousness has also relied on no small amount of trust, which is why Preu — though certainly not the first to do so — compares the relationship between orchestra and conductor to a marriage.

"We've gone through highs and lows and all sorts of repertoire, from the 17th century to brand new. We've done it all, big and super small. We've done so many things, had so many adventures together, and so many journeys taken together. That's something that shapes you as a person, it shapes our relationship, and it shapes my memories as well."

His final concerts as conductor on May 4 and 5 are meant to evoke those highs and lows, past and present. In addition to Joseph Boulogne's brief and intimate "Overture to L'amant Anonyme," virtuoso percussionist Nebojsa Jovan Zivkovic will be performing his furious Concerto of the Mad Queen.

"His music is really an interesting — actually, a perfect — combination of modern and conservative. It has both of these elements in there, and they feed off each other," says Preu. "He's going to have a big cage built around himself where he's going to play hundreds of percussion instruments."

And then there's the centerpiece, Richard Strauss' Alpine Symphony, a massive tone poem that Preu describes as "one of those big blockbusters that's so huge that you just don't do it very often in your lifetime," although "it's not like this big wow ending that people might expect from my final concert."

"It has the biggest storm that you could ever imagine, but it's not that flashy, actually, because it ends in the sunset. I don't need the big C-major chord at the end. I want it to be a meaningful, beautiful showcase for the orchestra, where we can show, look who we are now and where we can go from here, how bright the future can be." ♦

The original print version of this article was headlined "Dark Horse, Bright Future"