Cash, freeloaders and a five-day forecast — The Inlander's final take on this year's primary. 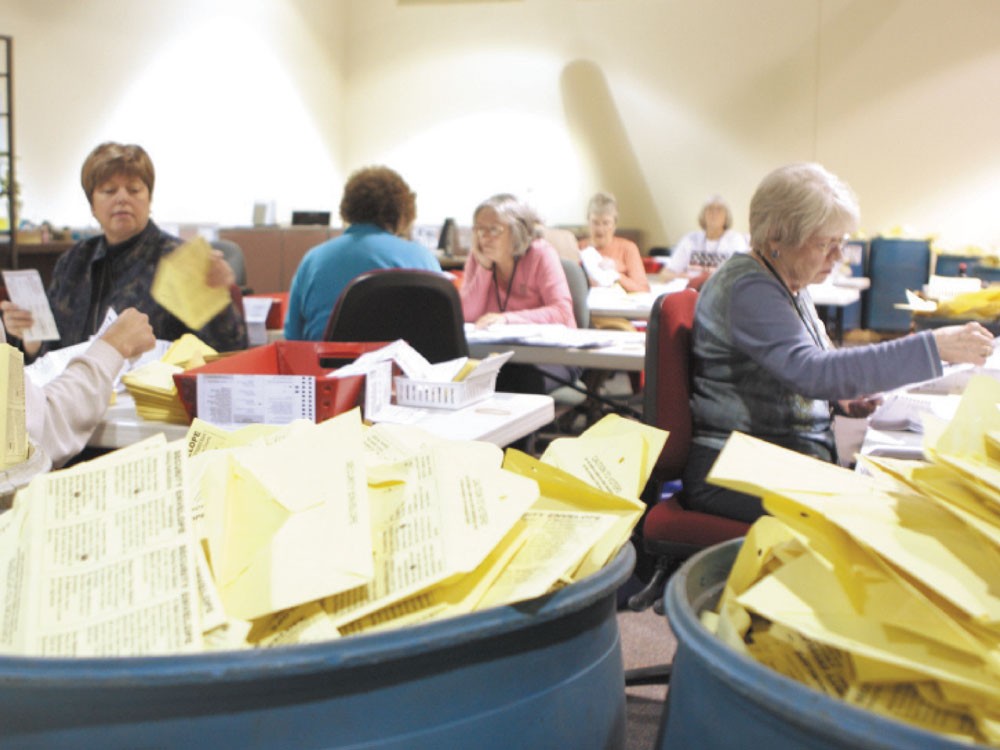 Ben Tobin
Ballots are due Aug. 17. Drop boxes are at public libraries, the STA Plaza and the Elections Office (1033 W. Gardner Ave.).

State Sen. Chris Marr has soooo much money. In fact, only one legislative candidate in the entire state, Republican state Sen. Gregg Bennett, has raised more. And he’s spent almost twice as much as Marr.

As of press time, Marr has an astounding $308,700 in contributions, and he’s spent just $136,100, according to the state Public Disclosure Commission. That could buy a very nice house.

Things aren’t as flush for challenger Michael Baumgartner. He’s raised $119,200 and spent just over half of his war chest. That’s no house — just a really awesome car.

But what are they really spending their money on? Marr’s biggest expense so far is to Northwest Passage Consulting, a Seattle-based firm that gobbled up $30,000 for print advertising.

Next on Marr’s expense list is the D.C.-based Lake Research Partners, which took almost $15,000 for polling and research. Coming in third is the local Preferred Labor Sign Association, which made Marr some lawn signs for $8,300.

As for Baumgartner, Seattle’s Media Plus was given $10,100 to produce some radio ads. Another cool ten grand went to Presscats. com in Colbert for signs and stakes. And $9,700 went to Olympia’s Datagraphics for mailings and campaign literature.

On a much grander scale, Washington’s U.S. Senate race is bringing in millions. Incumbent Patty Murray has raised $7 million, according to the Federal Elections Commission. In a distant second place sits Dino Rossi with $1.3 million. And, in third, Clint Didier with $570,000. (ND)

If there’s just one thing Republican candidates in eastern Washington have in common this year, it’s this: They’re not too worried.

Of the dozen unchallenged candidates in Spokane County, only one is a Democrat. And he might not even count, since he was belatedly challenged last week by a write-in candidate.

“I’ve had calls from a lot of Republicans expressing their support,” says D.E. “Skip” Chilberg, the lone uncontested Democrat who is running for re-election as the county treasurer. “Any Republican who asked around probably realized they couldn’t beat me.”

Except for Rob Chase, who — in a statement released by the Spokane County Republican Party — wrote that it wasn’t “right for a position as important as Treasurer to go completely unchallenged. … It was a difficult decision to make right as ballots were being delivered, but the outpouring of support has been tremendous.”

The other unchallenged candidates include state Reps. Kevin Parker, Matt Shea, Shelly Short and Susan Fagan, among others.

“First of all, at the end of the day, we had a lucky break by not having an opponent,” Parker says, before changing gears. “In Eastern Washington, most of the seats are safe Republican seats. I don’t know if it’s any different in Washington than any other year.”

Parker, who is finishing his first term in the Legislature, says there’s roughly an equal amount of uncontested seats for both major political parties. It’s just that the Democrats are mainly on the West Side.

For him, the more interesting fact of this year is how many Democratic seats are competitive. Meaning, the Republicans have a better chance to get the keys to Olympia than other years. He pointed to Rep. John Driscoll’s race in the 6th District as an example of this. Driscoll is in a heated race with two Republicans, one of whom lost to Driscoll two years ago by just 74 votes. (ND)

Daryl Romeyn is probably best known for his weathercasts on KREM 2. Regardless, a week from when primary votes are due, he is unwilling to forecast his chances in his primary race against incumbent U.S. Rep. Cathy McMorris Rodgers.

Still, his disposition is sunny. “The stars have lined up. I can beat her. … It doesn’t matter who I run against, if it’s Cathy or somebody else. I can beat her. I can do better,” he says. “I wouldn’t have gotten in the race if I didn’t think I couldn’t get in the top two and beat Cathy.”

Romeyn is in a crowded field. There’s Clyde Cordero, who got the Democratic Party’s backing in the race; David Fox, who’s been making headlines (most recently after getting assaulted by a man he propositioned for sex); Barbara Lampert, who runs for office almost every year; and Randall Yearout, who prefers the Constitution Party.

Romeyn has no money and no political experience, but he does have name recognition.

As a broadcast reporter in Spokane since 1985, a lot of people know his name, face and voice. Up until now, probably not many knew his politics.

“If you’ve followed Cathy’s votes, she hasn’t done much for us in Eastern Washington,” he says. “A month ago she said ‘no’ to extending benefits to the unemployed, and recently she voted ‘no’ to health benefits for first responders on 911. … I believe in the people rather than corporate America.”

And he’s not short on specifics. He says he understands that the Inland Northwest has lost two of its three traditional industries — timber and mining.

As for timber, Romeyn says he would push to make the region’s national forests sustainable. “We can put fire breaks in national forests. This creates jobs, green timber, contracts for equipment. But the most important thing is to preserve the national forests as green forests, basically, forever. That’s our watershed.”

But the third industry, agriculture, is alive and well, Romeyn says.

“Local food for local kids for local schools,” he says, succinctly addressing one of his plans to promote locally raised food. He adds that he’s very supportive of “spurring our farm exports.”

And, as a certified organic farmer in Greenacres, Romeyn has a bit of knowledge on the topic.

“Cathy is a party politician.

Republican John Ahern, currently up against two foes in his quest to retake Washington’s 6th District Legislative seat, has his lawn signs out in full force. But a quick glance at one of them provided evidence he may be a bit more liberal-minded than many think.

Though a steadfast denier of human-affected global warming (telling the Spokesman-Review it’s responsible for “less than three-tenths of 1 percent”), Ahern appears to be recycling the signs from (one of) his earlier re-election campaigns, merely taping over the “Re” part of “Re-elect John Ahern.”

Whether these signs were stored by Ahern himself or just the person who planted them in the front lawn, it’s clear that, knowingly or not, someone’s doing their part to save the planet (even if it saves money, too). (DH)