Electric vehicles are needed to meet climate goals, but without recycling, their batteries pose a huge problem

As the world looks to seriously curb its greenhouse gas emissions to avoid the worst impacts of climate change, electric vehicles are being looked to as one of the best solutions, with new state incentives set to encourage more drivers to make the switch.

By next year, the Washington Department of Commerce wants to see at least 50,000 plug-in electric vehicles registered in the state, as transportation is the largest source of emissions here.

But while electric vehicles help reduce emissions, scientists and policy makers see a looming problem: How will those massively expensive lithium ion batteries that power them be managed?

The batteries used in gas guzzling vehicles are one of the most successfully recycled products in existence, but currently, electric vehicle batteries are tied up in a questionable supply chain with very few options for reuse or disposal.

Most of them contain rare materials, in some cases mined unethically and hoarded to control world markets. But there aren't really recycling options that could avoid those pitfalls going forward.

It's one of the main questions that Washington is trying to get a handle on with its relatively new Joint Center for Development and Research in Earth Abundant Materials (JCDREAM). The Legislature created the center in 2015, with an eye on helping fund innovative and sustainable manufacturing practices.

"When we start to look at powering every vehicle on the road with a lithium ion battery, and using those batteries to augment gaps in wind and solar generation, we're talking about just massive, massive amounts of material," explains JCDREAM Director Aaron Feaver. "This is a pretty ugly supply chain when you look into it."

While electric vehicles only make up about 5 percent of the cars on the road, that's expected to start expanding in a major way in the next few years, Feaver says. Couple that with the supply of batteries being used in nearly every smartphone and computer, as well as the large battery storage banks that will likely be needed to transition to clean electricity, and you start to see the issue.

"The waste stream really begins to look unmanageable not too far into the future," Feaver says. "If we're going to use these specialty materials in relatively short supply, we'll need to recycle."

Central to the issue is that many lithium ion batteries contain rare materials such as cobalt.

More than half the world's supply of cobalt is tied up in the Democratic Republic of the Congo, where child labor is often exploited, along with other questionable mining practices.

"That country is a difficult place to do business. There are a lot of mines, they call them artisanal mines, which is code for people literally digging holes in their backyard and sending people down on a rope and pulling material out to sell to China," Feaver says. "Unfortunately that cobalt typically makes it through Chinese manufacturers into your Apple iPhone, your Samsung Galaxy Note, your Tesla electric vehicle. We end up with it basically enabling all of the clean tech that we're growing more and more dependent on."

Still, he says, one of the best ways to reduce reliance on the supply chain for rare metals is to get a handle on recycling those materials over and over again.

"There are currently no commercial avenues to recycle lithium ion batteries at a full commercial scale," Feaver says.

Most gas-powered vehicles use lead-acid batteries, which commercial battery creators have put into a closed-loop supply chain, meaning nearly 100 percent of the battery components are recycled, as opposed to going to waste.

"In fact, most lead-acid battery manufacturers view used batteries as a better feedstock than brand new virgin material," Feaver says. "So we need to get to the advanced processing needed to enable that commercial opportunity for electric vehicle batteries."

One company just across the border in British Columbia is poised to do just that.

Though its lab is just outside of Vancouver, British Columbia, one of the companies working on commercializing lithium ion battery recycling is called American Manganese.

The company originally has roots in mining critical minerals and started with buying an American property to mine manganese, explains company president and CEO Larry Reaugh. Where other countries were having success with mining in areas that had 30-40 percent manganese deposits, this property had only about 2-3 percent, and the rest was rock.

So with their background in mining, the company's scientists worked with Kemetco Research to test a method for separating that manganese from the ore that wound up being just as affordable as mining in places with much higher deposits, Reaugh says. However, when manganese prices dropped, the project was shelved.

That's when Kemetco mentioned the same process could be put to use on electric vehicle batteries, he says.

"Recycling has really just hit everybody's belly here the last couple months. It's been ignored; people are more interested in the hundreds of millions or billions being spent on battery research, and nobody's given a tremendous amount of thought to what's going to happen to the battery," he says. "So we did a proof of concept, and sure enough we got high recovery and high purity out of that."

In fact, their system recovered 99.98 percent of the materials in the lithium ion batteries tested. Plus, the closed-loop system doesn't further pollute the environment the way that smelting batteries can, he says. The smelting process involves melting batteries down and pulling out the materials, but it's significantly less efficient, and creates waste slag.

"I think it's going to come down to who can give you a solution that doesn't contaminate the environment, reduces the amount of metals that have to be taken from the earth, and guarantees you a supply of material," Reaugh says.

Importantly, American Manganese's recycling process, called RecycLiCo (a play including the chemical symbols for lithium and cobalt), is already patented, and could be ready to scale up to a commercial scale within a year.

"I think we do have the keys to that mountain of batteries, turning them into a useful product and saving the environment," Reaugh says. ♦

As state works to finalize 100 percent clean energy law, Avista says it will hit that goal by 2045 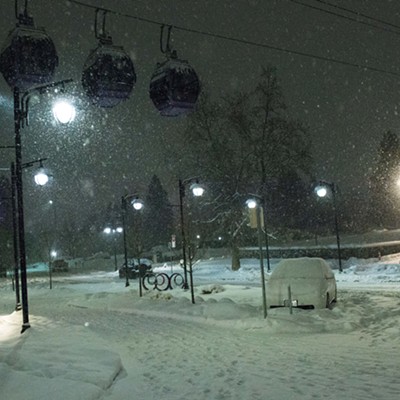