The sudden closure of Dempsey's displaces drag queens and members of the gay community. 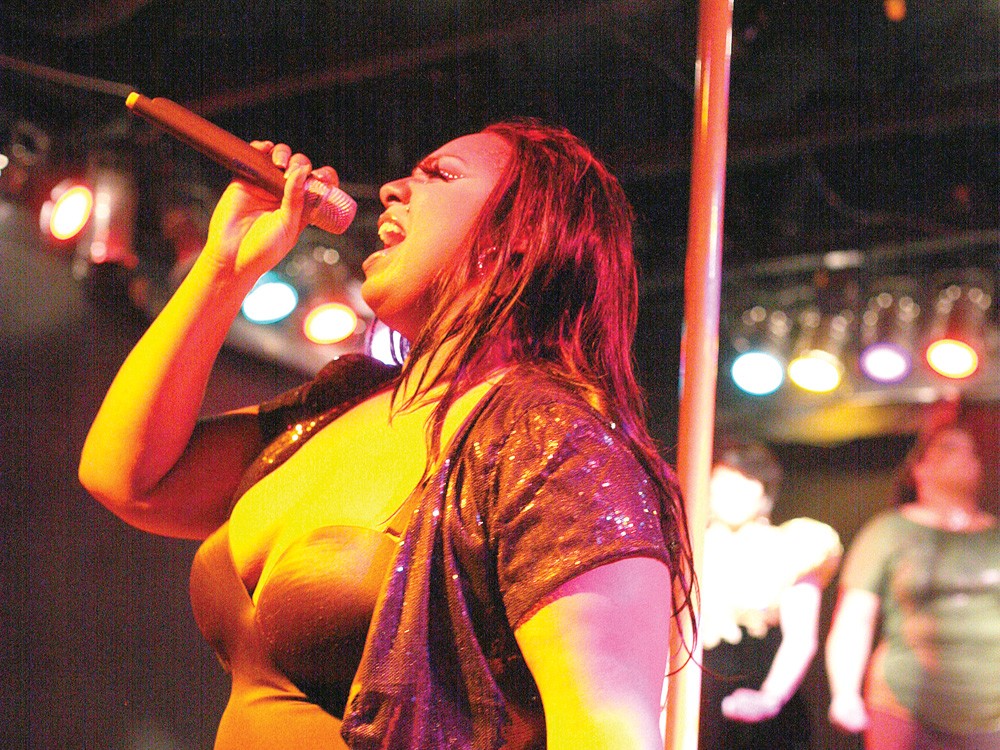 They called it the “Drag Dungeon.” Just below the rickety black stage, directly below the pool table, in the damp basement that housed a walk-in cooler is the dressing room for the larger-than-life host BlowMe Bubbles.

And just down the hall were two more dressing rooms. Rooms where four drag queens would cram inside to paint their faces for Friday and Saturday night shows, slip into their pumps, zip up their ball gowns and pour themselves into hot pants each weekend for the past 22 years.

But as of Friday, Nov. 4, the queens and a dozen employees were told that Dempsey’s, the popular downtown nightclub, would close until further notice.

“It was the end of an era,” says Jason Johnson, also known as the drag queen Nova Kaine. “I performed at Dempsey’s for eight years. It was my home, it was where my drag career in Spokane got started.”

According to Johnson, employees and Dempsey’s Facebook page, Dempsey’s closed because owner Larry Brown is currently in Hawaii and needs surgery for a broken neck.

“Last I knew Larry was still in the intensive care unit,” Johnson says.

Brown couldn’t be reached for comment, but Johnson says the situation didn’t come as a complete surprise.

“Several people within the last three years have been approached to purchase Dempsey’s,” Johnson says. “Rumor has it Larry was asking $1.5 million.”

Robin Tuttle says she too was approached about buying Dempsey’s months ago. Tuttle, a transgender woman, owns two other businesses, but is passionate about the nightlife industry.

“Unofficially, the bar was put up for sale a long time ago,” Tuttle says. “I considered buying Dempsey’s, but the building has a lot of issues and no accommodations for ADA regulations.”

Instead, Tuttle opened in Spokane Valley the 4,500-square-foot Hollyrock, a former hip-hop bar, Chinese restaurant and, most recently, a nightclub called Hotteez. Hollyrock opened for business on Nov. 1.

“I opened up this bar to employ people and to provide a space for the community,” Tuttle says. “I don’t expect it to make any money.”

Hollyrock hosts a full bar, a dinner menu, and Tuttle is applying for licenses to provide a space for youth ages 16 and older until 9 pm. She says although most people would call it a “gay bar,” she hopes to provide a safe haven for people where “intolerance isn’t tolerated.”

Tuttle admits that the Valley isn’t where many people would expect to find a bar like hers.

“We’re in new territory here,” Tuttle says. “I’m sure people are turning in their graves, but that’s what prompted us to move in the Valley. Now we’re picking up the Coeur d’Alene crowd and the people who are too afraid to go downtown.”

“It’s really exciting to start with a new set of eyes,” Johnson says. “A lot of Hotteez regulars are blue-collar working class and they’re coming into the bar going, ‘Whoa, what the hell is this? Is that a dude in a dress?’

“We’re still in the very beginning tutorial stages. I still have to remind people to stay in their seats and don’t touch the girls.”

Today, the dressing rooms at Dempsey’s are now empty. Johnson says cleaning out his collection of costumes, wigs and makeup with fellow drag queens on the day the bar closed was a solemn, emotional experience.

“The saddest part was looking at all the messages we wrote on each others mirrors with lipstick,” he says. “The walls are covered with graffiti and signatures and messages from drag queens from across the county.

“Some of these signatures date back to 1987 and sort of reveal the secret society or sisterhood of the drag.”

Although Dempsey’s closure has dispersed drag queens across the city, “none of the girls are homeless,” Johnson says. “It’s not as though this big drag family has been ripped in half.”

At 10 pm on Wednesdays at Irv’s Johnson will host amateur drag night, or what he calls “the good, the bad and the ugly” with new performers and members of his cast. And BlowMe will host drag shows at 10 pm and midnight every Friday and Saturday at Spotlight Lounge with her Army of Seduction — queens Savannah SoReal, BukkakeBlaque London St. James, Isabella Extynn and Sadie Roxwell.

What comes next for Dempsey’s is unknown.

“Dempsey’s location is prime real estate and downtown is seeing a revitalization,” Johnson says. “In my personal opinion, if Larry Brown is unable to reopen Dempsey’s I don’t foresee it ever being a gay bar again…

“Which means right now, we’ve got a portion of the community that’s displaced.”

Engaged to be Married

Out of the Bag