Energize Me!: Ever wished for just a little more stamina to do all the things you want to do?

Defeating fatigue is possible, and local experts show you how to get started 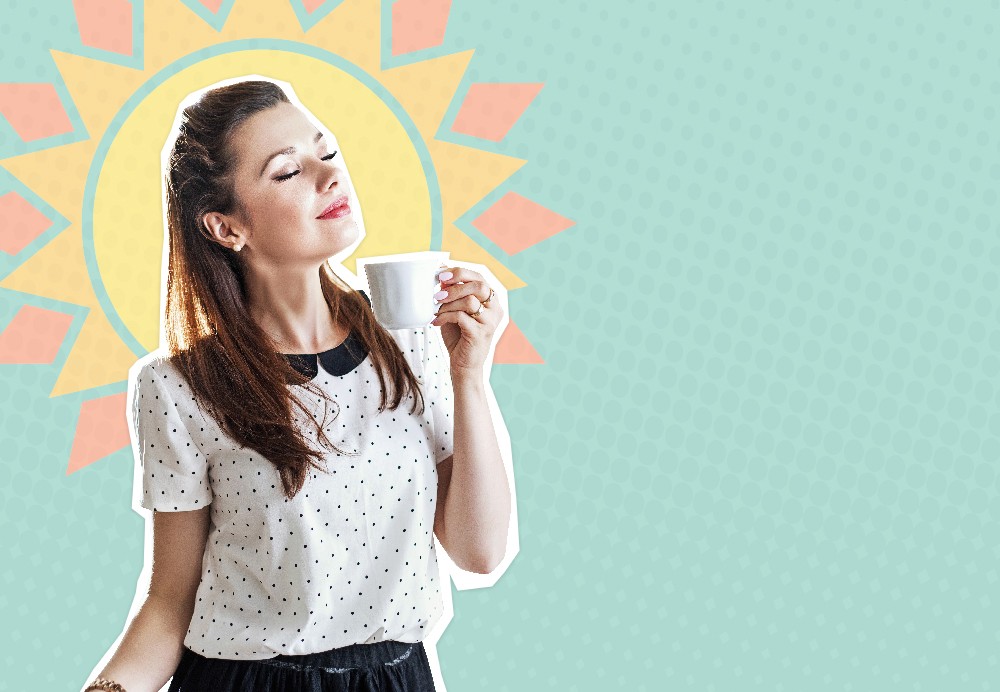 Between working, having children, trying to stay fit and making time to participate in activities, many adults say they struggle with feeling sleepy or fatigued during the day. When it comes right down to it, there are many things that could be causing that lack of energy, but the good news is, there are also many ways to boost it.

Whether that's looking at your sleep and addressing potential problems with your schedule or health, hitting the gym or even walking more often to boost your metabolism and feel more energetic, or addressing your caffeine, alcohol and food choices, there are many things that can be changed to help you feel rested and ready for the day ahead.

While it may sound a little obvious, the number one thing Dr. John Naylor, director of the Deaconess Sleep Laboratory, sees when he's talking to patients who say they're tired all the time, is that people often simply aren't sleeping enough.

"The number one thing is making sure you really do give yourself enough time to sleep," Naylor says. "Most adults need about 7.5 to 8 hours. That doesn't mean we can't function on 6 hours, but the cost of that builds up."

While younger people need a little more than that, and older people maybe a little less, actually hitting that 8-hour mark can make a big difference in how rested someone feels, Naylor says. And it's not something you can just "catch up" on by compensating and sleeping longer on weekends.

"Biologically, humans need about a third of their day for sleep," Naylor says.

Keeping distractions away at bedtime can also be helpful, especially if they've got bright screens.

"Reading a book's fine," Naylor says. "We do recommend laying off the cell phones and e-readers right before bedtime."

Scientists have shown that some people's biological clocks actually just do better when they stay up later and sleep later. That often doesn't jibe with the modern 9-to-5 or 8-to-5 work schedules that many people have to follow, says Hans Van Dongen, director of the WSU Sleep and Performance Research Center, and a professor in the Elson S. Floyd College of Medicine.

"There's always somebody who says you should get up early or later, because that works for me, or because that's what the 'experts' say but it's not that simple," Van Dongen says. "If your biological clock tells you you are a morning type or an evening type, and you try to live the opposite, you are going to suffer the consequences no matter what people tell you."

Because timing differs from person to person, and even changes in the same person over their lifetime, with younger people gravitating biologically toward evening hours, and older people generally gravitating toward early morning hours, it's difficult to give generic advice, he says.

If you're not sure where you fall on that spectrum, you don't need a fancy phone app to tell you what your sleep is like, Van Dongen says. Try and go to sleep only once you start to feel sleepy, then wake up without an alarm.

"Just turn off your alarm clock, and determine when you naturally wake up," he says. "If you only do this one day, it's just after-effects, but do this for a couple days. Vacation is a great time to figure out what your biological clock is telling you."

Adjusting to that internal schedule when possible is one of the keys to feeling rested. For older people, for example, who may have grown accustomed to having social time late in the evening, but whose bodies are now telling them to get up earlier and go to bed earlier, that adjustment may need to be purposeful, Van Dongen says. 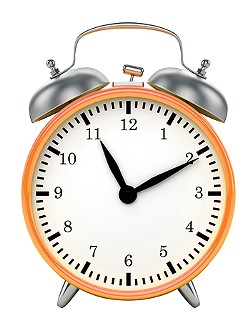 Of course, the demands of daily life, such as school and work, often don't allow people to listen to that biological clock even once they've got it figured out, Van Dongen says. But that's where knowing how your body reacts best can help you figure out when to start or stop drinking caffeine for a little boost, or when is a good time to get some extra sleep.

"The number one thing in absence of being able to change your schedule is taking a nap," Van Dongen says.

The obvious downfall is it's nearly impossible outside of a lab setting to time a nap perfectly every time to make sure you don't wake up groggy, he says. But that extra sleep is still extra sleep, and in jobs that don't require immediate alertness, that nap can help productivity in the long run.

As for a fairly good time to nap if you're able? Shoot for early afternoon, not late afternoon, when your body is likely trying its hardest to stay awake.

"In the early afternoon, when there's a little dip depending on how much sleep and food you've had, that's a great time for a nap," he says. "That's what the siesta is all about in Mediterranean countries."

It may seem like the last thing you want to do when you're feeling tired is get up and move around, but studies show that getting a workout in, even a low-intensity one like a 20-minute walk a couple times a week, can make a big difference in how much energy you have.

A 2008 University of Georgia study focused on sedentary but otherwise healthy young adults who complained of feeling fatigued, found that working out three times a week over six weeks helped improve feelings of energy, whether that workout was low-intensity or moderate-intensity.

Chris Weichman, who owns Lilac City Fit Body Bootcamp with his wife, Abby, has seen firsthand how exercise can help him feel more energetic. As someone who also struggled with sleep apnea for years before being diagnosed, he knows that getting help with medical problems, as well as getting regular workouts, has a huge impact.

"I've had [a breathing machine] for going on three, four years now, and feel immensely better, with more energy, more strength. You don't understand just how much sleep or lack of rest deprives your body from recovery," Weichman says. "I know once I'm on a regular routine and get daily exercise, my energy is way higher."

After other medical issues relating to spinal and muscular problems led to his medical retirement from the Air Force, he also understands firsthand how to fine-tune workouts to each person, focusing on their individual goals, health needs and areas they want to strengthen.

At his gyms, the main focus is getting people in for 30-minute group workouts at least three times a week, whether they're 10 years old or 70, healthy, or dealing with things like diabetes or Parkinson's.

"It's individual training in a group setting," Weichman says. "It relates to overall health and wellbeing, energy, and the emphasis on nutrition with it to get them to feel better, sleep better, and potentially not have to take their meds when they go back to checkup with their doctors."

What you eat and drink can also have an impact on your overall energy, as made clear by our collective addiction to coffee and caffeine.

Having a cup of coffee, especially earlier in the day, can absolutely boost your energy, experts say, but it's also a good idea not to drink caffeine after noon if you don't want it to affect your sleep.

When and how much alcohol you drink can also have a big impact on your sleep.

"Moderate consumption of alcohol is fine, but alcohol will tend to make you fall asleep more readily but will wake you up more during the early morning hours as it metabolizes off," Dr. Naylor says, "so the end result is it can make your sleep less restoring."

Dehydration can also cause sleepiness, so drinking plenty of water throughout the day is a good idea.

As for food, eating a balanced diet, and four or five smaller meals instead of three large meals, can help keep your blood sugar balanced and give your body a constant flow of the energy it needs.

And be wary of foods that claim they'll boost your energy more than others: Harvard Medical School offers health advice, and one thing they point to is an Ohio State University study that found energy bars were basically no better than a candy bar at giving someone energy. 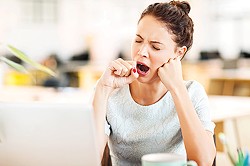 If you've adjusted other things that could contribute to sleep issues but you're still feeling tired all the time, the best thing to do is work with your doctor to figure out what the problem may be.

The second most common cause Dr. Naylor sees in patients complaining they feel tired all the time is sleep apnea, which is a disorder where someone repeatedly stops breathing during sleep. The disorder is commonly associated with heavy snoring and can be treated in a variety of ways, including with machines that can help maintain breathing through the night.

Less common, but further down the list of possible medical issues seen in the lab include restless legs, narcolepsy and sometimes insomnia, though typically that's described differently by patients than saying they feel fatigued, Naylor says.

Depression also commonly is associated with fatigue, Naylor says, and some symptoms of menopause can commonly interrupt sleep.

"The important thing about this is everybody experiences a little bit of sleepiness or fatigue now and then, and a cup of coffee is not bad to counter that, that sounds pretty normal to me," says Van Dongen, with WSU's sleep lab. "But if you're much, much more impaired than that, and can't fix it, then it's time to go see a doctor and ask for help."