The Stage Left Theater Association is bringing two things to Spokane: edgy plays and a place to perform them 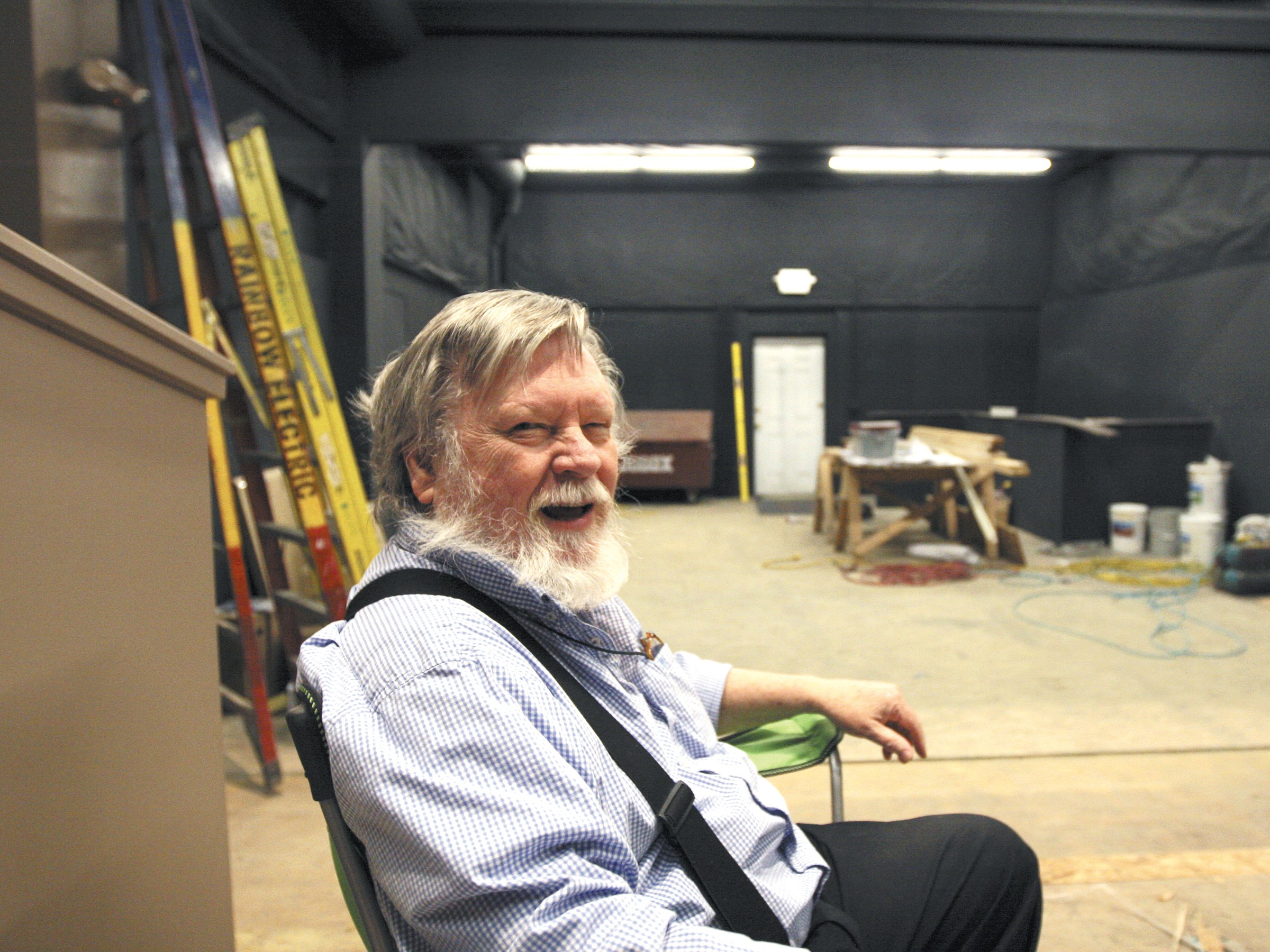 Bob Nelson would be the first to admit that he makes an improbable theater owner. The 72-year-old former physicist, now a developer of mathematical software, has never mingled in theatrical circles. He doesn’t have scads of professional experience in operating a theater or even acting. Even his amateur efforts were divided by a 40-year hiatus.

All of which would prompt most people to question why he’s taken it upon himself to invest the time, energy and money to construct the new Stage Left Theater in Spokane.

Nelson does, however, have three things in his favor. The first is the financial wherewithal to create and maintain a new theater in a city where even established venues have to keep an eagle eye on their budgets. The second is the resolve to translate his whims into reality.

The third — and perhaps most important of all — is a zen-like nonchalance toward outcomes, good or bad. Leaning back, rubbing his unkempt white beard, Nelson has a habit of concluding his statements with, “We’ll see.” Nothing about Stage Left Theater’s purpose or evolution is fixed, and, despite ambiguity being somewhat at odds with his past and present professions, that’s the way he prefers it.

“We’re playing everything by ear,” he says. “I just don’t feel comfortable with too rigid a structure. Somebody once defined research as what you do when you don’t know what you’re doing. So that’s pretty much what we’re doing here. We’re doing research.”

Two years ago, Nelson directed the Sage Players in a production of Bertolt Brecht’s The Caucasian Chalk Circle. The amateur theater troupe wasn’t expecting big ticket sales for a modernist political play staged on the dance floor of the Corbin Senior Center, but they were surprised by the audience turnout.

“We did it for two weekends and should have done three, because the attendance was still growing at the end of two weeks,” says Nelson. He estimates that around 50 people came to see the final show, mostly through word of mouth. Encouraged by that response, along with his other experiences in Ignite! Community Theatre, he began looking at ways to create a permanent venue for thought-provoking, politically challenging amateur productions.

“Part of my intention was to make a place where small groups can perform with not a lot of rules about what you can and can’t do. That was the motivation behind all this. That and the fact that banks don’t pay much interest anymore,” he says.

The theater itself — housed in a one-story, 25-foot-wide building between CSL Plasma and the Days Inn on Third Avenue in downtown Spokane — is now in the final stages of renovation. Nelson purchased the building last year for around $90,000 and has since invested an additional $200,000 in repair, conversion and bringing the premises up to code. When it officially opens for the one-man show Marx in Soho on March 1, it will seat 80.

The inaugural play, which stars Nelson himself, is a fair indication of the niche Stage Left Theater aims to fill. Written by the late-activist historian Howard Zinn, Marx in Soho imagines a reanimated Karl Marx defending his politics and ideals with wit, eloquence and humor. Tickets for this and future shows will cost just $10.

“I don’t think of [Stage Left] as competing with Civic or Interplayers. Our intention is to do things that they wouldn’t do anyway. I hope that by doing things that are politically edgy or otherwise offbeat that we might be able to broaden Spokane’s theatergoing audience,” says Nelson.

During breaks in the theater’s calendar, anyone will be able to rent the space for performances and events.