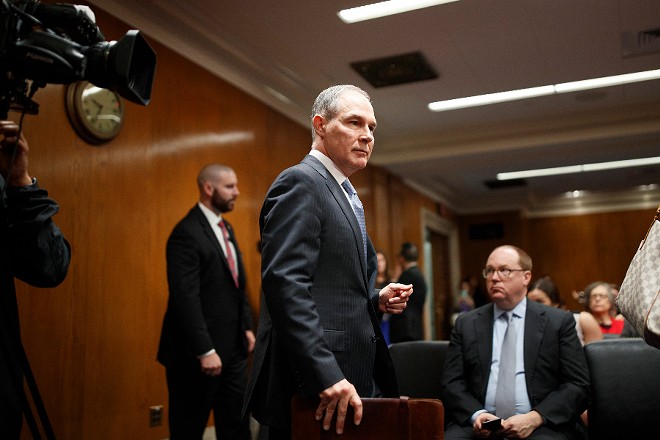 
WASHINGTON — The Trump administration has drafted a new proposal to regulate carbon dioxide emissions from coal-fired power plants, one that is far less stringent than the climate plan finalized in 2015 by former President Barack Obama.


In writing the new rule to replace Obama’s Clean Power Plan, the Trump administration is essentially accepting, for now, that the federal government is legally obligated to take action to address the greenhouse gases that cause global warming, even as President Donald Trump has dismissed established climate science. But the new proposal is likely to spur only small tweaks to the nation’s energy system.

Details of the plan, which is being drafted by the Environmental Protection Agency and is expected to be sent to the White House for approval in coming days, were described to The New York Times by industry officials who have worked closely with the agency to shape the rule.

Allison D. Wood, a partner at Hunton & Williams who represents several electric utilities, described it as “very significant” that the administration was putting forward a regulation that acknowledged the obligation to regulate planet-warming emissions.

The proposal, according to industry attorneys familiar with the plan, would recommend regulating the emissions of individual coal plants, which would call for modest upgrades, such as improving efficiency or substituting fuel. That contrasts with the more ambitious goals of the Clean Power Plan, which encouraged utilities to make broader systemic changes to cut emissions, such as switching from coal to natural gas or renewable power.

The move comes as Scott Pruitt, the administrator of the EPA, faces fresh questions about his tenure. Pruitt is the subject of 13 federal investigations into his ethics, spending and management practices. If Pruitt were to resign, several people close to him said, it would likely be on a high note after a significant regulatory victory. A new plan to address emissions from power plants might, perhaps incongruously, fit that bill.

Michael Abboud, an EPA spokesman, declined a request to discuss the proposal.