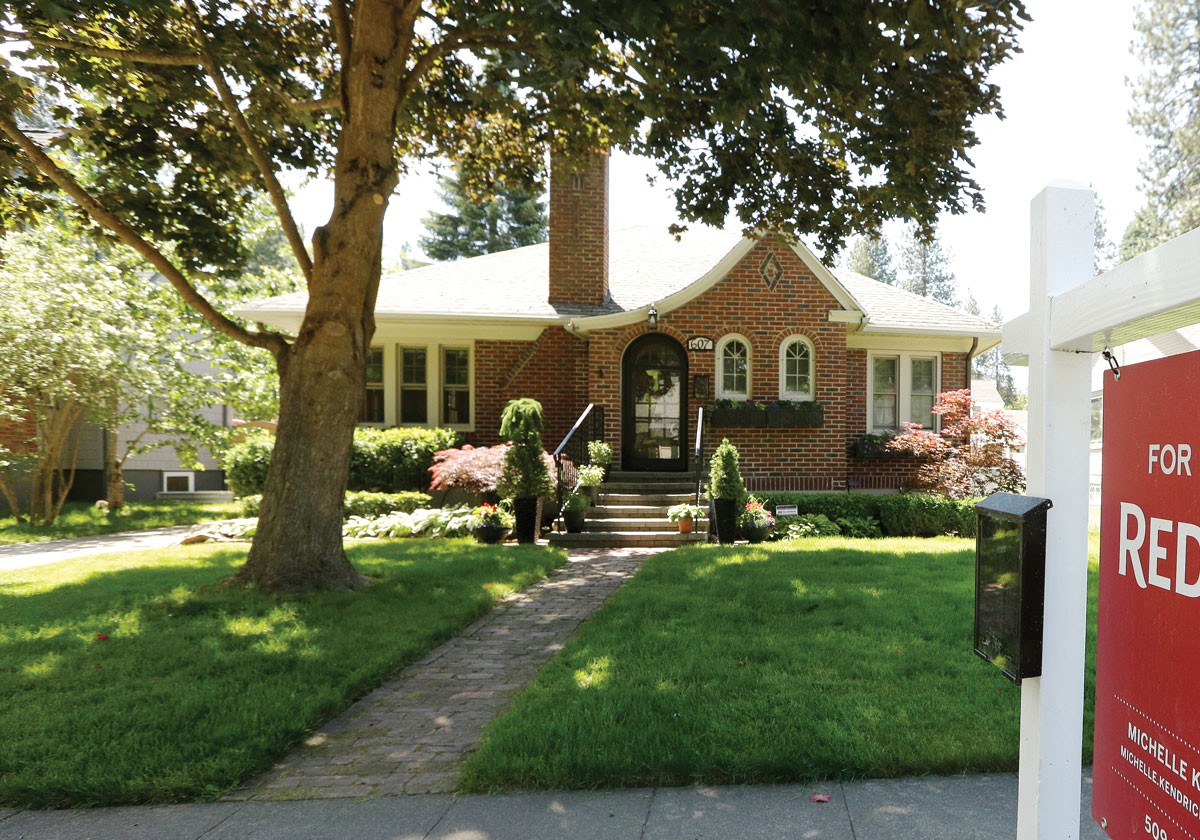 As people around the world were told to stay home and shelter in place last spring, home sales around the country took a dramatic dip, with the nation seeing its largest month-to-month decline in sales since the fallout from the Great Recession.

For a few short days after Gov. Jay Inslee shut down restaurants, bars and most "nonessential" businesses in mid-March, it didn't even look like realtors would be allowed to show clients homes, says Tom Clark, president of the Spokane Association of Realtors.

"We were dead in the water for like three days, and then came back on like a life support system," Clark says.

Since those first restricted days, real estate agents have been allowed to show homes to prospective buyers with safety measures (masks, wiping surfaces) and strict limits on how many people may be in the house at one time. At first, Clark says he could only take one other person in the house at a time, making things awkward for couples who had to take turns walking through. In Phase 2, showings are limited to three people.

The good news is, this economic crisis is not expected to result in a housing crisis like the Great Recession, which was largely caused by the subprime mortgage scam and resulted in many foreclosures.

That's not to say there won't be major impacts, though. Clark says he thinks we haven't truly seen the economic fallout yet, since most people got $1,200 stimulus checks, and those on unemployment benefited from an additional $600 a week from the federal government. Plus, evictions and foreclosures have not been allowed under moratoriums. Not to mention, we have yet to see how many of the restaurants, bars and other businesses that were forced to shutter will not reopen, he says.

"I think that'll probably affect the real estate market to some degree, but again we still have more qualified buyers than homes," Clark says.

There may also be a silver lining from COVID closures, he notes: More people than ever are realizing they can work effectively from home, and maybe don't have to live near their offices to do their jobs. Plus, rural areas with more space are more appealing than ever.

"I think the pandemic will be somewhat of a blessing in disguise for rural communities, for those of us in the less densely populated areas," Clark says "We still have more people moving in than moving out."

With Amazon's warehouse set to add about 2,000 employees this year, and other economic opportunities, the economy in this region remains strong, he notes.

"Overall the economy is still fairly strong in Spokane, and Spokane is a much more desirable location to people than it used to be," Clark says. "Honestly in my heart of hearts, I can't think of a reason the Spokane economy and real estate market is going to do anything other than continue on the strong path it's on."

Things aren't all doom and gloom for millennials and other first-time homebuyers either, he says.

The main struggle is the increase in home prices, which have gone up about 10 percent, he says. While that's great for sellers, Clark says he prefers an annual increase closer to 3 percent so it's not too hard on the market for buyers.

But knowing that essentially all of the single-family lots in Spokane that can be developed are in the process of being developed, Clark says that many potential buyers are acknowledging that waiting isn't going to save money.

"The prices aren't going down tomorrow, they're going up. So today's a good day to buy," Clark says. "If they're gainfully employed, most millennials I know are buying. They're not putting off the fact they're going to live indoors most of the rest of their life, so they're doing it now."