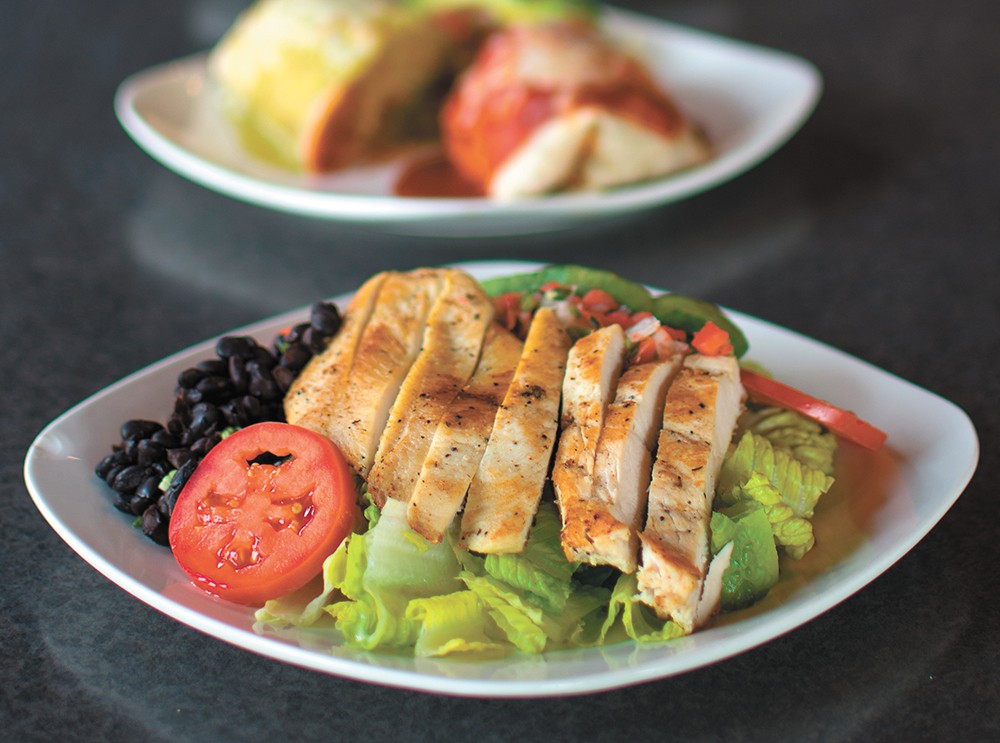 to one day of the week based on, originally, a Taco John's promotion, is absurd at face value. But every Tuesday, our Facebook feeds fill with restaurant posts offering their "Taco Tuesday" deals and friends making plans for downing a few with some beers.

This weekly frenzy was not lost on Sergio De Leon, patriarch of the family that runs the De Leon's grocery stores and now De Leon's Taco & Bar near the Whitworth University campus.

"We sell a lot of tortillas from our tortilla factory, and lot of them are just to different businesses that sell tacos," De Leon says. "And a lot of people can't wait for Taco Tuesday, so we're trying to do tacos every day."

Visitors to the De Leon's grocery stores already know there's an array of hot Mexican dishes available at those locations, but the opening of De Leon's Taco & Bar in the former North Spokane O'Doherty's Irish Pub space puts De Leon back in the restaurant business for the first time since closing Agave Latin Bistro and Heroes & Legends downtown.

After opening his second grocery store in Spokane Valley less than two years ago, De Leon was in no rush to open a new spot. But when he noticed a "for rent" sign one night when he was out to dinner at nearby Wasabi Bistro, he figured it was time to bring some Mexican flavors to Spokane that are hard to find at other restaurants.

"A lot of them are from the same states in Mexico, down in Jalisco," De Leon says. "We're more of the northern part of Mexico, south Texas, so our style is a little bit different. We have cactus, for instance, and we have pork belly in sauce. We have menudo and posole on the weekends."

The diminutive space, especially in the kitchen, means De Leon's Taco & Bar can't offer everything they can at the grocery stores — "A lot of people are asking for chile rellenos, but we don't have the space to make them," De Leon says — but it's hard to imagine going wanting after perusing the menu. There's every style of taco one can imagine, from beef, chicken and pork to shrimp and mahi mahi; most are $2.50 each, and a six-taco sampler is $12. You can also get fajitas ($14), enchiladas ($11), chicken or pork tamales ($10 for two, served with rice and beans) and an array of burritos and wraps. I had the chile verde burrito, and at $7 it felt like a screaming deal.

A nice little patio adds about 30 seats to the 50 inside, and a small bar means margaritas or beers on the side of those tacos, a treat no matter what day of the week. ♦