Bloomsday 2015: The Bloomsday Perennials are always celebrated, but what about runners who only missed one year? 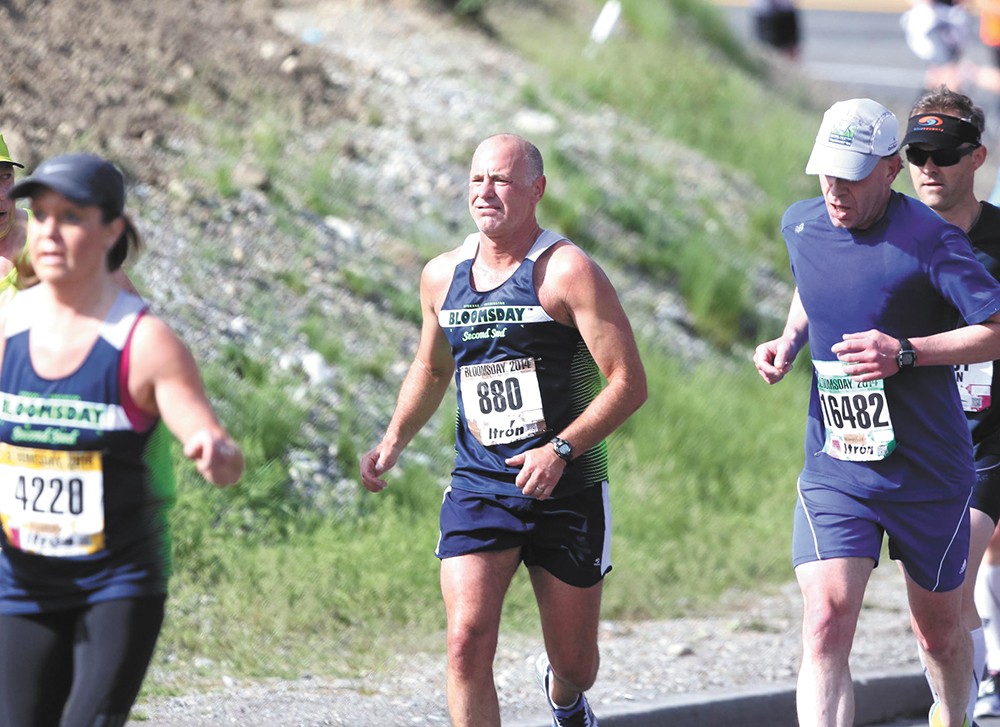 Cory Yost has run Bloomsday in all but the first year.

In our annual Bloomsday results book,

which compiles the names and times of every participant — be they an elite racer or a casual walker — we usually pay tribute to the folks who have run every race since the event's inception.

Considering the first Bloomsday was held in 1977 with only 1,198 finishers, it may come as a surprise that as of last year, there were 96 people who can proudly say that they've run in every single race. In Bloomsday parlance, these folks are called Perennials, and they're celebrated after each race and run with a special race bib. It's an honor for longtime Spokanites who remember the old days and continued coming out regardless of weather, personal schedule or maybe a nagging injury.

But we got to thinking: what about the folks who've run every race but one?

We went back to the numbers and, lo and behold, there's a sizable contingent of the Only Missed One Club. Our research found that there are 158 Bloomsday participants who claimed they've missed just one year.

Cory Yost is a reluctant member of this club. Yost has run in every Bloomsday since 1978, meaning he is one of the only racers to have participated in every race except the first one.

But as he explains, he didn't have a choice back in the spring of 1977 when that first Sunday in May rolled around.

"It was my senior year at Ferris High School and I was on the track team," recalls Yost, now the president of a Spokane-based construction business. "We had a meet the following Tuesday, so our coach did not want us to run."

It's understandable, considering that even today, local track coaches have been known to keep their student-athletes out of the Bloomsday field to save their legs for important meets near the end of the season. But Yost says the memory still stings.

"I will always regret not running that first race," he says. ♦