The state’s legal codes watch their language. Sarah Palin would be pleased. 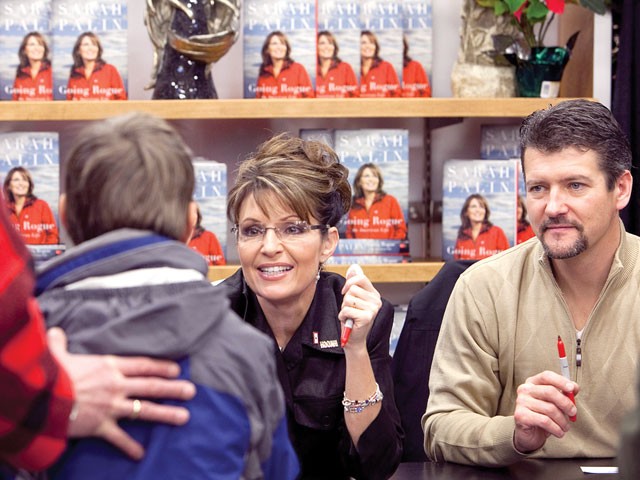 Call it politically correct, call it empathy, call it a waste of time — just don’t call people “retarded” anymore. And if you say “he,” you better include an “or she.”

Two bills surmounted their final hurdles on their way to the governor’s desk this weekend as lawmakers changed law books to be a bit more polite.

And House Bill 2490 will replace all demeaning language such as “mentally retarded” or “cripple” in the state’s laws with terms like “individuals with intellectual disabilities” and “individuals with mental illness.”

Both bills passed the House and Senate unanimously.

The blowback from his comment was instant, with Sarah Palin, whose son has Down syndrome, calling his comment “unacceptable and … heartbreaking.” Rush Limbaugh also spoke up.

“Our politically correct society is acting like some giant insult’s taken place by calling a bunch of people who are retards, retards,” Limbaugh said. Which led Stephen Colbert to applaud Limbaugh and call Palin the r-word. And so on. Emanuel apologized and promised to remove the word from his vocabulary.

“You know, we thought people would maybe know better,” Angel says. “But maybe not.”

It’s people not knowing any better who Kyle Thiessen has to clean up after.

“It’s an unseen and usually not important part of the process,” Thiessen says of his job as the state’s code reviser. “To get philosophical about this, our code is 120 years old and our office is 60 years old, so we do have some history with the language used in the code. … The direction that we follow is we try to use modern language, language that is understandable to the average person. … Legalese we take out. Legislators are the ones who usually put it in.”

Thiessen says his office, at the Legislature’s behest, has stripped outdated or offensive language from the law for decades.

“There were phrases in [the code] having to do with voting rights that used the terms ‘idiots or insane persons,’” he says. “So that was changed to ‘all persons while they are judicially declared mentally incompetent.’” The phrase “blind, deaf, dumb or otherwise defective youth” was changed to the more politic “blind or deaf or otherwise disabled.”

“If it’s right in that time when people are getting offended by the language,” Thiessen says, “then the language is fixed.”

Compared to the average sized 40-page bill, Gordon’s bill is huge, and it’s only the first installment of five or six.

“The bill itself is 419 pages long, and the reason it’s 419 pages tells you how deeply engrained and embedded in the law this is,” he says. In 1983, the Legislature began writing gender-neutral terms into its laws. This bill covers laws that were on the books before then. Considering the state has 40,000 sections in the code, it’ll take some time.

But the process of gender correctness has begun, the course set and Rep. Roger Goodman (D-Kirkland) knows where we’re headed.

“This,” he joked from the floor this weekend, “is the end of mankind as we know it.”