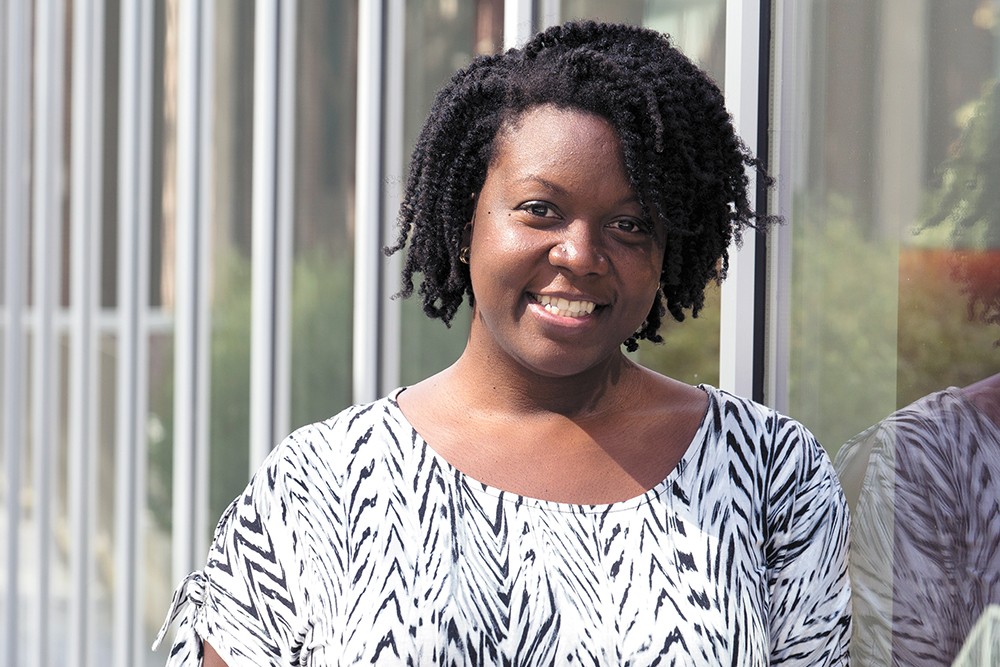 Khadijah White is speaking at Gonzaga on Feb. 21

When Donald Trump was elected president in 2016,

he exposed serious gaps in political professionals' and pundits' knowledge about America's mood, despite years of building frustration and growing anti-Washington, D.C., sentiment. The voices filling right-wing radio and Tea Party rallies turned into votes for Trump, enough to win a reality TV star and salesmen the presidency. Much of America is still in shock.

Khadijah White, a journalism and media studies professor at Rutgers University, was not as surprised at Trump's win than most, as she's spent the last several years working on a book about the Tea Party's rise and the mainstream media's complicity in turning what started as essentially a publicity stunt into a real political movement.

"The media has become more fixated with brands and branding, so it makes them more vulnerable to getting caught up in covering a specific type of story if the right kind of political strategist and right kind of political marketers put it out there," says White, who is visiting Gonzaga Feb. 21 for a public discussion on "Race, News and Right-Wing Populism: The Tea Party and the Media."

"The Tea Party is a really well-done narrative that gets launched and then gets supported through online, cable news and radio news outlets," she says. "Even when the Tea Party rallies had like 20 or 30 people show up in a major city, they'd still get national coverage."

White worked as a journalist for PBS's NOW program and as an intern in Barack Obama's White House, and started studying the Tea Party movement nearly at its inception with CNBC host Rick Santelli's 2009 "tea party speech" and Fox News' push to promote Tea Party rallies to the point the channel took out full-page newspaper ads chastising outlets like CNN and MSNBC for ignoring this new "movement."

White says that while Tea Party supporters claimed it was economically driven, that wasn't necessarily so.

"There is this focus on characteristics like race and gender to market stories and get them circulated," she says. "In part, the Tea Party is really marketable and sellable story because it's seen as the conservative response to the first black president."

White was years into work on a book about the Tea Party and the media when Trump's election came along and "kind of fulfilled all the things in the book that to me, I was like, 'This is going to blow people's minds, it's really insightful!'" she says with a laugh. She's since reworked the book to consider Trump's rise in the context of what she'd discovered about the Tea Party; Branding Right Wing Activism: The News Media and the Tea Party will be published in August on Oxford University Press.

Trump, White says, embodies her belief that "if one can market themselves as a political brand, you can succeed in becoming part of the national zeitgeist and dominate the news." With newsrooms decimated by shrinking budgets and layoffs, they're less able to do true investigative work, and often resort to merely reporting on Trump's latest Twitter rant because those stories garner the news outlet desperately needed traffic — and because many outlets are incapable of doing more.

Trump, of course, benefits most from personality-driven media coverage since he's more about the Trump brand than actual policies, White says.

"For him, being president is about cultivating an audience and a fanbase," White says. "A successful presidency doesn't necessarily mean winning a second term. If he leaves now and launches Trump TV and gets 40 percent of America that supports him to follow him, then he's very successful."

We'll all have to stay tuned to see if that happens. ♦