There's a fine between couponers and those other reality-show stars: hoarders. 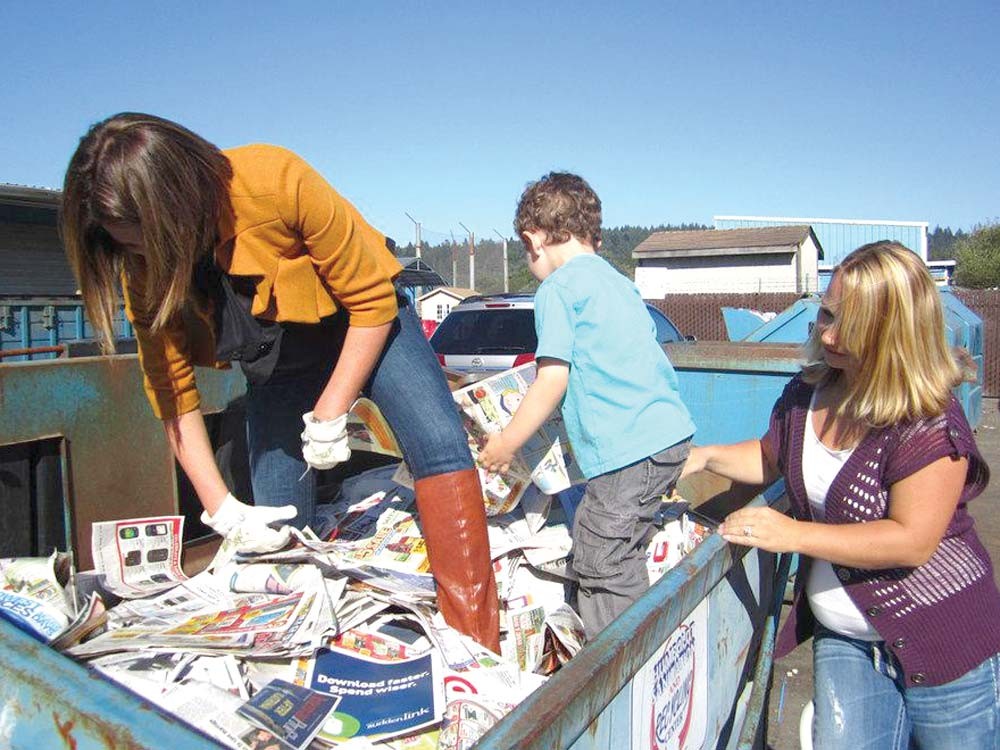 There’s a fine line between couponers and those other reality-show stars: hoarders

"Couponing is totally sexy,” claims Kristie, the selfemployed mother of two with the street name “Treasure Hunter of Maine.” She’s referring to the fact that she’s purchased 14 tubes of lipstick for less than two cents.

But ask Joanie’s husband how sexy his wife is after her latest coupon haul. “So, you had yourself, our son and your pregnant friend in a dumpster today?” “Absolutely,” she proclaims, beaming. Desiree, one of many obsessive shoppers profiled in TLC’s Extreme Couponing, says she is “never gonna stink,” in spite of the fact that she, too, spends several hours a week dumpster-diving. You see, among her cache of 2,400 household and grocery items are 105 deodorants and 125 bottles of hair and body wash. Seems excessive, but she got them for free. All she spent was hours of research, planning and labor.

These shoppers’ loaded kitchen cabinets and basements — bursting with toilet paper, canned soup and detergent — look like those of highly organized hoarders. But TLC disagrees.

“These folks don’t have mental issues,” says Publicity Coordinator Niki Kazalos. “They coupon because they want to save money for their families. Some of them have stockpiles and all of them donate.”

Americans reportedly throw away about $57 billion worth of coupons every year, so there are plenty of deals up for grabs, if you’re willing to dig (both figuratively and literally).

Some of these hardcore bargain shoppers spend up to 30 hours a week number-crunching and combining print, online and in-store deals “If people are throwing away coupons, they’re throwing away cash,” says Desiree.

After the adrenaline rush that comes with watching a nearly $600 total subtract to less than $3, Kristie experiences momentary guilt.

“I feel like I just robbed that store,” she admits. Extreme Couponers is a bargain-hunting Olympics, and the competitors warn you can’t just walk off the sidelines and play.

Loading $1,000 dollars’ worth of power bars and energy drinks from nine carts (for which he paid just one large envelope of coupons), Chris says, “You’ve got to be in shape.”

So You Think You Can Dance?
Judges for this Emmy-winning reality show don’t care if the performers dance hip-hop, salsa, merengue, cha-cha, waltz or ballet. They’re looking for “the It factor.” This battle of superhuman flexibility begins with a two-hour premiere on Thursday May 26. (FOX, Thursdays, 8pm)

America’s Got Talent
I can’t imagine what could be as outrageous as the final performance last season of “Prince Poppycock” (he set the bar high for drag queens), but expect at least one child prodigy and hopefully no more ventriloquists. The two-hour premiere of America’s Got Talent, Season 6, begins at 8 pm on May 31. (NBC, Tuesdays, 8pm)

Basketball Wives
“Lifestyles of rich, bored, too-intense women who may have been married to professional basketball players” was too long. Basketball Wives, which has little to do with actual wives or basketball, is filmed in upscale Miami: all the foul-mouthed fighting of Jersey Shore but with designer clothes and better beaches.
(VH-1, Mondays, 8 pm)