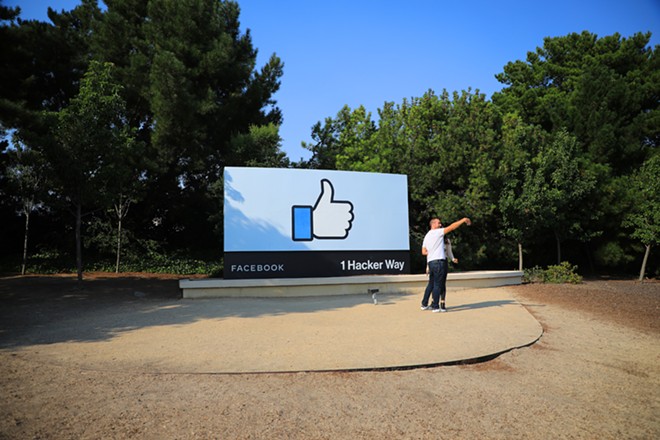 Jim Wilson/The New York Times
A sign at Facebook’s headquarters in Menlo Park, Calif., July 15, 2020. In a letter to Facebook, twenty state attorneys general have called on the company to better prevent messages of hate, bias and disinformation from spreading, and said the company needed to provide more help to users facing online abuse.
By Davey Alba
The New York Times Company

In a letter to the social media giant, the officials said they regularly encountered people facing online intimidation and harassment on Facebook. They outlined seven steps the company should take, including allowing third-party audits of hate content and offering real-time assistance to users.

“We hope to work with you to ensure that fewer individuals suffer online harassment and discrimination, and that it is quickly and effectively addressed when they do,” said the letter, which was addressed to Facebook’s chief executive, Mark Zuckerberg, and its chief operating officer, Sheryl Sandberg. The officials who signed the letter, all of them Democrats, represent states including New York, New Jersey, Illinois and California, as well as the District of Columbia.

The letter adds to the rising pressure facing Zuckerberg and his company to stop disinformation and harassment on Facebook. Civil rights leaders, advertisers and some of the company’s own employees have criticized Facebook for failing to curtail the spread of noxious content. Extremists and conspiracists have turned to social media — most often Facebook, Twitter and YouTube — to circulate falsehoods about the coronavirus pandemic, the coming presidential election and Black Lives Matter protests.

According to the attorneys general, Facebook in particular has not done enough. The officials pointed to Facebook’s recent Civil Rights Audit — which found that advertisers could still run ads that painted a religious group as a threat to the “American way of life” — as evidence that the social network had fallen short.

“Facebook has a hate speech, discrimination, disinformation problem,” Attorney General Gurbir Grewal, of New Jersey, who led the letter, said in an interview. “The way I view it, as an attorney general, is that it directly affects public safety in my state, that the groups that are allowed to find community online, on Facebook, allow hate to be normalized.”

Daniel Roberts, a spokesman for Facebook, said in a statement that the company was investing billions of dollars to combat hate speech and misinformation. “We share the Attorneys Generals’ goal of ensuring people feel safe on the internet and look forward to continuing our work with them,” he said.