Faith on a Plate

A whole year of eating (almost) nothing but local food? One Millwood family proved it can be done. 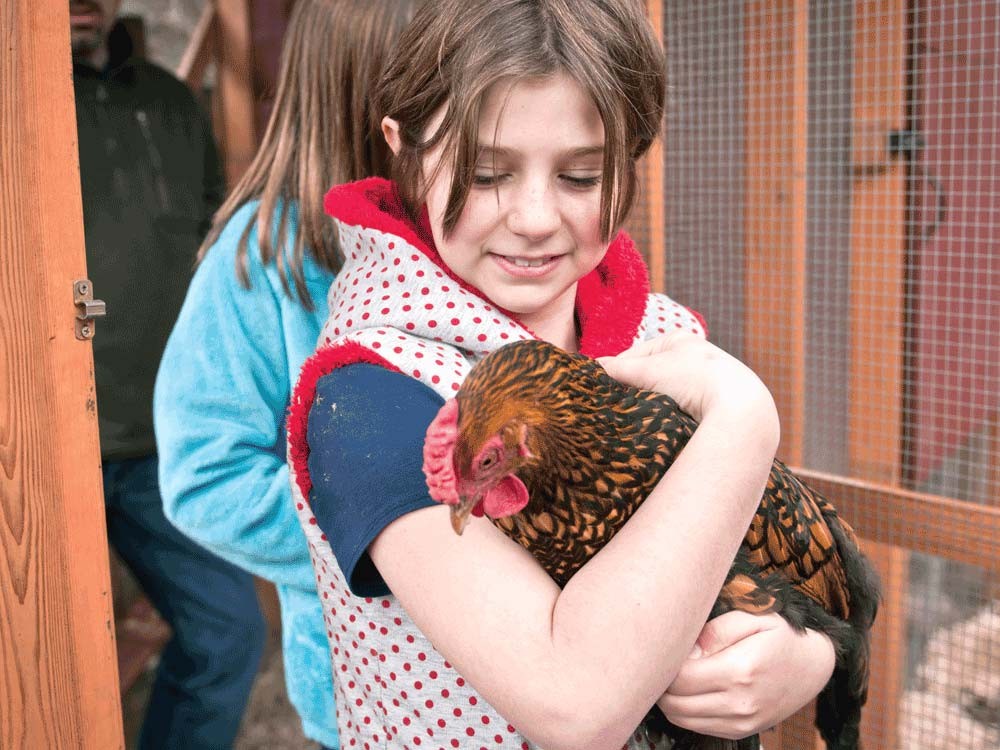 The Goodwins had a post-holiday consumer hangover. It was the end of 2007, and pastors Craig and Nancy Goodwin decided it was time to make a change. They wanted to break free from the mindless consumerism that had become second nature to their family. And so, in 2008, the Millwood couple and their daughters, Lily and Noel (then ages 5 and 7), began a yearlong experiment in intentional consumerism.

Craig Goodwin chronicles the journey in his new book, Year of Plenty, published last month. The Goodwins were unaware of the many food experiments going on at the time, or even of the meaning of the term “locavore.” Craig just wanted his family’s spending habits to reflect their Christian faith.

The rules were simple: Goods had to be purchased locally, used, homemade or homegrown. The one exception to the rules would be products made in Thailand. Nancy had spent some time in Thailand, and they hoped to learn more about the country and how their decisions as consumers impacted the Thai people. (It also provided a valuable source of coffee, something they were unwilling to give up.) While Craig confesses to looking at a flat screen TV at Costco to see if it was made in Thailand, he ultimately limited his Thai purchases to tuna fish, pineapple and Jasmine rice.

So what does buying milk and flour have to do with following Jesus?

Just about everything, says Goodwin. He believes that eating can be a theological act that connects us to God’s creation, he explains. In our pursuit of bigger-better-faster-cheaper goods, he says, we’ve lost our ability to connect food to our spiritual journey. Goodwin hopes his book will provide a Christian perspective on the food movement and invite others to get involved in the discussion.

“The basic premise of our experiment was human dignity and the belief that it is important to know and care for the people involved in bringing our food to market,” he writes.

As the family began to develop meaningful relationships with local food producers, the their pre-dinner blessing took on special meaning. As they thanked God for Mr. Seimer’s winter squash and Tulia’s pasta sauce, they experienced a new way to love their neighbors.

“It took our everyday lives and turned it into an epic adventure,” says Goodwin. Churning out ice cream, baking bread and searching for substitutes for tinfoil became part of their normal routine. On weekends, they took field trips to local dairies, flour mills and cheese producers. Friendships with area farmers became an invaluable source of support to a suburban family who knew nothing about raising chickens.

Sure, there were times when the girls begged to go to McDonalds. Lily proclaimed at one point that “she was sick of this local stuff.” Endless hours in the grocery store searching for locally made goods can test anyone’s patience, especially that of a 5-year old who wants a corndog.

But soon excursions for Happy Meals were replaced with backyard tea parties, featuring garden-fresh produce. Decorating a birthday cake with leftover Halloween candy became just part of the adventure. Dandelion greens from their driveway ended up in an early spring salad. The family, which had previously disdained vegetables, began to embrace kale, chard and nasturtium leaves. Goodwin says he knew they’d hit their stride when 7-year old Noel pleaded for asparagus in her lunch.

“We looked at everything as edible,” he says, But like any good rules, a few were meant to be broken.

Goodwin recalls buying a 50-pound bag of sugar for his wife on her birthday and smuggling it into his car like a drug dealer. As fall approached and the garden’s abundance began to wither, Nancy found herself tempted in the grocery aisle. She gave in to mayo and yogurt. Craig confiscated the non-local goods, encouraging his wife not to give up as he persevered with well-worn razor blades and socks with holes.

Year of Plenty is an invitation for people to be aware of the choices they make as consumers. And sometimes, simple changes can be fun ones: growing food as a family, developing relationships with farmers, maybe even raising a few chickens. Or simply taking a field trip to the grocery store and asking, “Where did this come from? Who made it? How did it get here?” “If we can do it, any family can do their version of this,” Goodwin says.

Two years later, their journey continues. Nancy still makes bread, and their relationships with farmers have deepened. Four chickens strut about in the back yard, and Craig is thinking about adding bees to the mix.

“I wanted to spark people’s imagination to break the status quo,” he says. “Powerful things can happen when we take a risk.”