Sept. 25
OLD DOMINION
You might have guessed from the name that several members of this contemporary country crew hail from Virginia (Old Dominion is a state nickname), but you might not realize the guys in this band have written songs for some of modern country's biggest stars when they're not working on their own music. Kelsea Ballerini, Blake Shelton and Luke Bryan are among the artists who've tackled songs by Old Dominion's members. You might hear a few dabbled between OD's own hits like "Break Up With Him" and "No Such Thing As A Broken Heart" as they provide a grand finale to Northern Quest's summer concert series. Northern Quest Resort & Casino, $59-$109, 7:30 pm. (DAN NAILEN) 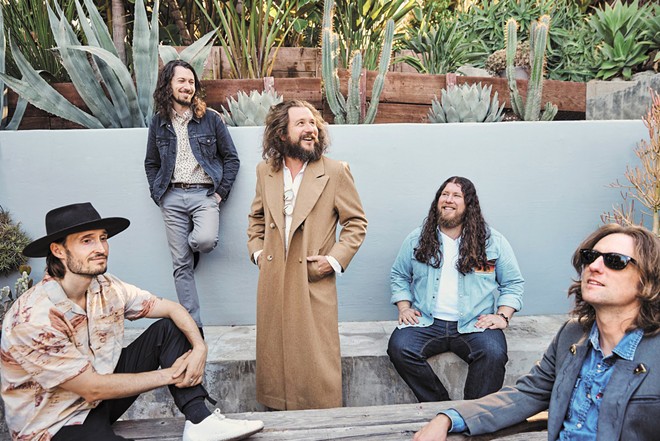 Sept. 29
MY MORNING JACKET
Jim James and company have put together quite the career since they burst forth, seemingly fully formed, from their Louisville hometown with a sound that appeals to Southern rock fans, emo kids, jam banders and classic rockers. Big loud guitars and James' falsetto prove a perfect match both on early albums like It Still Moves and more recent works filled with more spacey, psychedelic workouts, including 2020 release The Waterfall II. The band is capable of powerful balladry and the occasional dabbling in country and folk, and no matter what their mood, they put on some epic live shows. They'll be joined in Spokane by the soulful Durand Jones and the Indications. Spokane Pavilion, $45, 6 pm (DN) 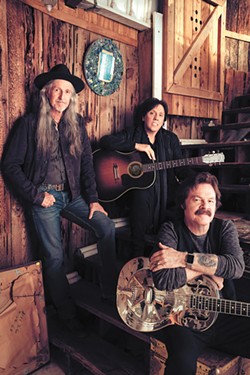 Oct. 1
DOOBIE BROTHERS
This is classic-rock heaven for fans of this long-running band. The Doobie Brothers (below) are celebrating 50 years together with this trek, and the band behind hits ranging from "China Grove" to "Black Water" to "What a Fool Believes" has a lot of ground to cover in concert. They've undergone some lineup changes and different members leaving and re-entering the fray through the years, but the core four of Tom Johnston, Michael McDonald, Pat Simmons and John McFee are all on board for the first time in more than 25 years on a tour that includes the brilliant Dirty Dozen Brass Band opening. Spokane Arena, $60-$200, 7:30 pm (DN)

Oct. 6
TANYA TUCKER
Tanya Tucker had her first hit song, "Delta Dawn," at the ripe age of 13 years old, and she has been performing serious country music ever since, racking up more hits and successful albums. In 2019 she had a major comeback, thanks to a new album called While I'm Livin' (produced by Brandi Carlile and Shooter Jennings), and ended up taking home the first two Grammys of her long career. Tucker sings outlaw country, with a little rock popping up, and her "Bring My Flowers Now" tour will also feature country singer Aubrie Sellers. Visit bingcrosbytheater.com for tickets. Bing Crosby Theater, $47.50, 8 pm (LILLIAN PIEL)

Oct. 9-10
SPOKANE SYMPHONY MASTERWORKS: BEETHOVEN'S SOUL
Don't show up expecting just the hits from ol' Beethoven at this one, because Spokane Symphony Music Director James Lowe delved into the deep cuts to put together this showcase featuring some of Beethoven's darker pieces juxtaposed with his Symphony No. 4, a decidedly bright and light work. The man had depth, people! The symphony will be joined by the Spokane Symphony Chorale and guest tenor William Ferguson for this one. Martin Woldson Theater at the Fox, $19-$62, Oct. 9 at 8 pm and Oct. 10 at 3 pm (DN) 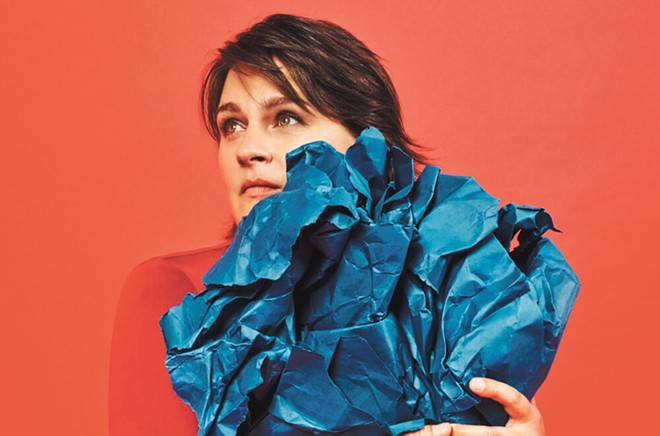 Oct. 10
MADELEINE PEYROUX
Her career started busking on the streets of Paris, and has now taken American jazz and blues vocalist Madeleine Peyroux (above) around the world. Her 1996 album Dreamland showcased some incredible pipes as she tackled classic songs of the '30s and '40s, and she's since gone on to record plenty of her own songwriting with songs that still recall the voices of iconic artists like Billie Holiday and Ella Fitzgerald. Her current tour is called "Careless Love Forever," so expect plenty of tunes from her platinum 2004 album Careless Love in the mix. Bing Crosby Theater, $41-$68, 8 pm (DN) 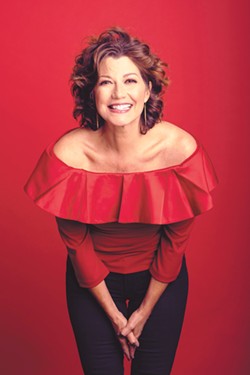 Oct. 11
AMY GRANT
In a way, Amy Grant (below) is a true music pioneer. Not necessarily because of the way her music sounds, but because of the success she had taking contemporary Christian music to the mainstream in a big way. She was the first Christian-marketed artist to sell platinum, to hit No. 1 on the pop charts, and to perform on the Grammys. And when she went pure pop and left the Bible out of her music for a moment, she still soared to the top of the charts. She's sold more than 30 million albums full of her Christian and pop songs, and she's still going strong after three decades. First Interstate Center for the Arts, $46-$100, 7:30 pm (DN)

Oct. 16
SCATTERBOX
It's not often a local band gets to celebrate a 20th anniversary in any town, but Coeur d'Alene's Scatterbox has managed to keep their energetic brand of punk going strong and staying fresh through lineup changes and shifting tides in the local music scene. Their debut album, Run Faster, Jump Higher, arrived in 2001, and here's hoping they play a few of those at this celebration that also includes sets by GOTU GOTU and Touch of Evil. Big Dipper, $8, 7:30 pm (DN)

Oct. 28
TLC
TLC is best known for their hit singles "Waterfalls" and "No Scrubs," and the '90s girl group is bringing their signature R&B and pop sound to the Coeur D'Alene Casino in October. Spend an evening at the casino with your friends T-Boz and Chilli (R.I.P. Left Eye) and enjoy a trip back to when these ladies blended hop-hop, soul and R&B like few of their peers. Guests must be 18 or older to attend concerts at the casino. Coeur d'Alene Casino, Worley, Idaho, $55, 7 pm (LP)

Oct. 29
CORY BRANAN
In 2014 Rolling Stone named Cory Branan one of the "10 New Artists You Need To Know," and eight years and five albums deep into his career, that's still the case. Blending country, rock and folk music and a knack for lyrics both profound and simple, Branan is the kind of talented dude who can attract the likes of Jason Isbell, Caitlin Rose and members of the Hold Steady and Deer Tick to record on his albums. His last one came out in 2017, but I'm guessing you'll get a chance to hear some killer new songs when he hits Spokane. Lucky You Lounge, $14, 7 pm (DN) ♦