Former Spokane City Councilwoman Nancy McLaughlin has taken a new job with the county, and hopes to keep it

Nancy McLaughlin may be starting an unfamiliar job,

but at least the former Spokane City Councilwoman has a familiar ally: Al French.

McLaughlin is the newest member of the Spokane County Commission, joining Shelly O'Quinn and French, who served with her on Spokane City Council.

McLaughlin was on city council for eight years. In 2012, she ran for state senator and lost to Andy Billig. When Todd Mielke vacated his seat on the county commission in February, McLaughlin submitted her name for the opening, after initial reluctance. The Spokane County Republican Party picked her as the first choice out of three candidates for the job, and the commissioners followed that recommendation and appointed her to the seat on Monday, Feb. 22.

If McLaughlin wants to continue as a commissioner after this year, however, she must win the seat in November's election. The Inlander sat down with her to ask about her new position and the upcoming campaign. Some responses have been edited for length. 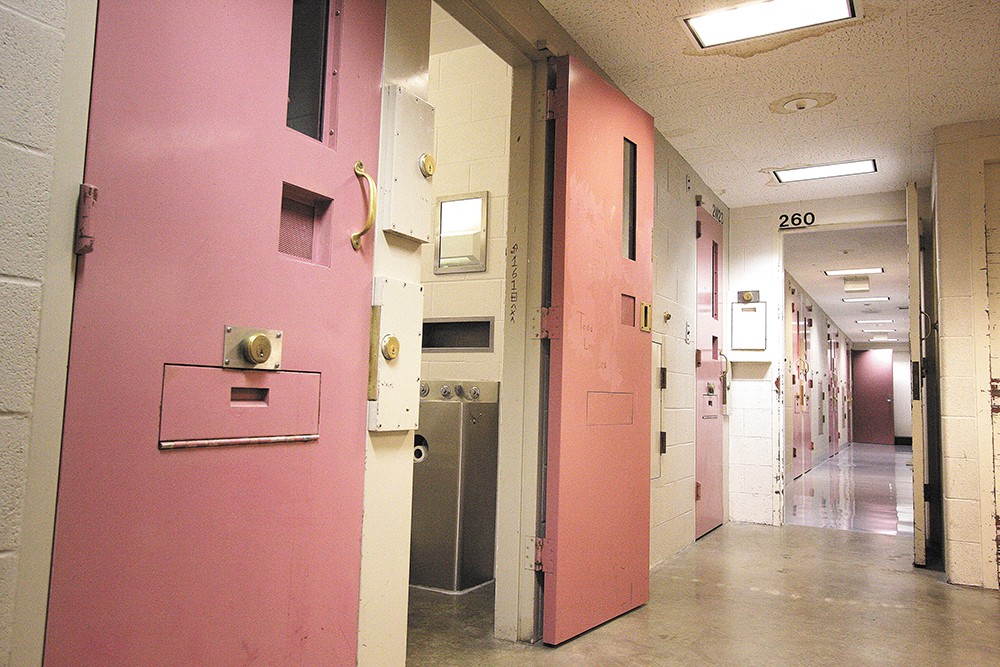 Young Kwak
McLaughlin thinks Spokane County might need a new jail someday, but not yet.

Inlander: What are three things you would want to accomplish while on the Spokane County Board of Commissioners?

The biggest accomplishment I want to make is to be retained come November, so that I can continue to work for the people and help improve our county. I am interested in finding ways, especially through good economic development, to grow the tax base, not raise taxes. It's also important to me that Spokane County remain fiscally sound, and I want to help ensure that our tax dollars are being used efficiently and effectively.

I also want to continue the work that has already begun in streamlining permit processes and licensing, and any other areas that we can improve our services to the people. I'm also interested in maybe doing some tele-town halls or something similar to be able to be more visible to the citizens, and provide opportunities to get their input around how we might continue to improve our region.

You've said that Al French helped you during your time on city council. How has that relationship evolved, and what are some of the differences in how you two see things?

When I was first elected to city council, I had limited knowledge on city issues. I'll be the first one to admit that I had always been much more interested in state- and federal-level issues. And so each — not just Al, but each of my fellow councilmembers — helped me grow in areas of knowledge.

We don't always see eye-to-eye. I'm in many ways more conservative than Al is, and yet we're both — and [County Commissioner Shelly O'Quinn] is too — we're all three on the same page: The only way we're going to keep our expenses under control, besides looking for efficiencies and looking internally, is that we have to grow the tax base.

Where do you stand on the Spokane County Jail? Do you think there needs to be a new jail, or more beds?

Not yet. We may need a new jail someday due to the fact that the current one is getting old, but not necessarily because we need more jail beds. Currently we have reduced the jail population through some alternative-to-incarceration programs such as the DUI Court, Drug Court, Early Case Resolution, etc. It is important that we keep our high-risk offenders locked up, but we should continue to look for ways to save dollars and jail bed space through alternative programs for low-risk offenders.

I personally believe that we need to continue to look at tried-and-true, evidence-based alternatives to incarceration programs for two reasons: One is to save dollars and jail bed space, but also to get the help to our low-risk offenders to stop this revolving door. I think it's like 85 percent of those low-risk people have some sort of drug addiction or drug problem. So, it's like, what's the root of those issues? Or how do we get them the help they need? What's their family support? Where are they sleeping tonight?

Why do you think you'll be able to keep the county commissioner seat in November?

As a Christian, again, I believe that if the Lord wants me to serve the citizens as a county commissioner, then I will continue to serve the voters. Many people in Spokane saw me as a reasonable, solutions-oriented councilwoman, one who attacked the issues and not the people, as I mentioned earlier. They re-elected me with approximately 68 percent of the vote, and if it weren't for term limits, I'd probably still be sitting over in [City Hall] rather than here.

How will you look to grow the tax base?

I personally intend to collaborate with my fellow commissioners and Greater Spokane Incorporated, which is kind of our economic driver, to continue to highlight economic opportunities.

Serving the people of Spokane, and now working to serve the people of the whole area, I — better than, I think, anybody who hasn't done both — understand the importance of win-win situations. Anything that hurts the city hurts all of us. Anything they do that hurts the county hurts all of us, so it really behooves us to work together cooperatively and look for those solutions that are win-win, because everybody lives in the county. ♦