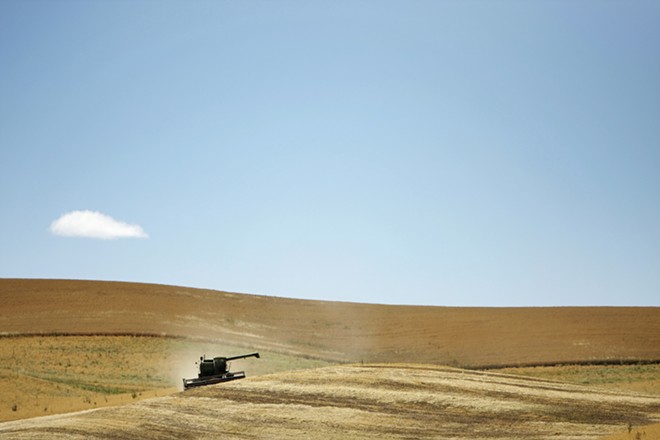 WASHINGTON — The Trump administration Tuesday plans to announce up to $12 billion in emergency relief for farmers hurt by the president’s trade war, according to two people familiar with the plans, in an effort to insulate food producers from looming financial losses that would be a direct result of President Donald Trump’s policies.

The aid to farmers, to be announced by the U.S. Department of Agriculture, would come through a direct assistance program, one designed to help with food purchase and distribution and specifically geared toward promoting trade, according to one of the people. Both spoke on condition of anonymity because they were not authorized to pre-empt a planned announcement later Tuesday.

The move is an indication that Trump plans to plow forward in escalating his tariff tit-for-tat around the world. The approach could cost U.S. producers billions of dollars.

“Tariffs are the greatest!” Trump declared on Twitter Tuesday morning. “Either a country which has treated the United States unfairly on Trade negotiates a fair deal, or it gets hit with Tariffs. It’s as simple as that — and everybody’s talking! Remember, we are the “piggy bank” that’s being robbed. All will be Great!”

The European Union, Canada, Mexico, China and other countries have responded to Trump’s tariffs on steel, aluminum and $34 billion worth of Chinese products by imposing taxes of their own.

Trump and his advisers have argued that while U.S. producers may feel short-term pain from his protectionist stance, ultimately they will benefit from it as other countries lower their barriers to U.S. products.

The plan met with swift condemnation from Republicans and trade groups, who said that Trump had devised an expensive and clunky solution to a crisis of Depression-era proportions.

“This trade war is cutting the legs out from under farmers and White House’s ‘plan’ is to spend $12 billion on gold crutches,” said Sen. Ben Sasse, R-Neb. “This administration’s tariffs and bailouts aren’t going to make America great again, they’re just going to make it 1929 again.”