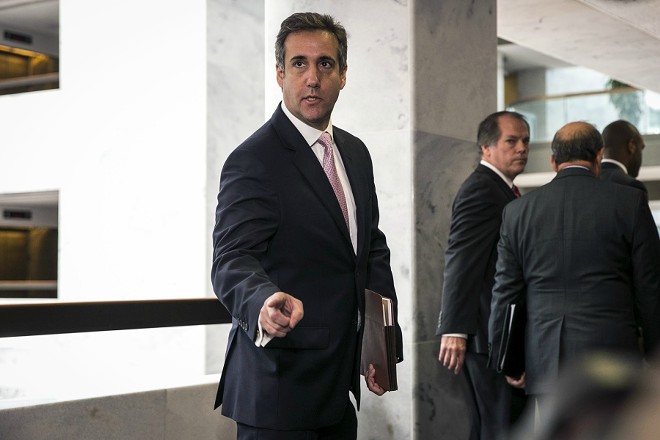 
Federal prosecutors in Manhattan obtained the search warrant after receiving a referral from the special counsel, Robert Mueller, according to Cohen’s lawyer, who called the search “completely inappropriate and unnecessary.” The search does not appear to be directly related to Mueller’s investigation, but likely resulted from information he had uncovered and gave to prosecutors in New York.

“Today the U.S. Attorney’s Office for the Southern District of New York executed a series of search warrants and seized the privileged communications between my client, Michael Cohen, and his clients,” said Stephen Ryan, his lawyer. “I have been advised by federal prosecutors that the New York action is, in part, a referral by the Office of Special Counsel, Robert Mueller.”

Cohen plays a role in aspects of the special counsel’s investigation into Russian interference in the 2016 presidential election. He also recently said he paid $130,000 to a pornographic-film actress, Stephanie Clifford, who said she had an affair with Trump. Clifford is known as Stormy Daniels.

Ryan said Cohen has cooperated with authorities and turned over thousands of documents to congressional investigators looking into Russian election meddling.

The payments to Clifford are only one of many topics being investigated, according to a person briefed on the search. The FBI also seized emails, tax documents and business records, the person said.

The seized records include communications between Trump and Cohen, which would likely require a special team of agents to review because conversations between lawyers and clients are protected from scrutiny in most instances.