The eerie It Comes at Night is a sure-footed, finely wrought psychological thriller 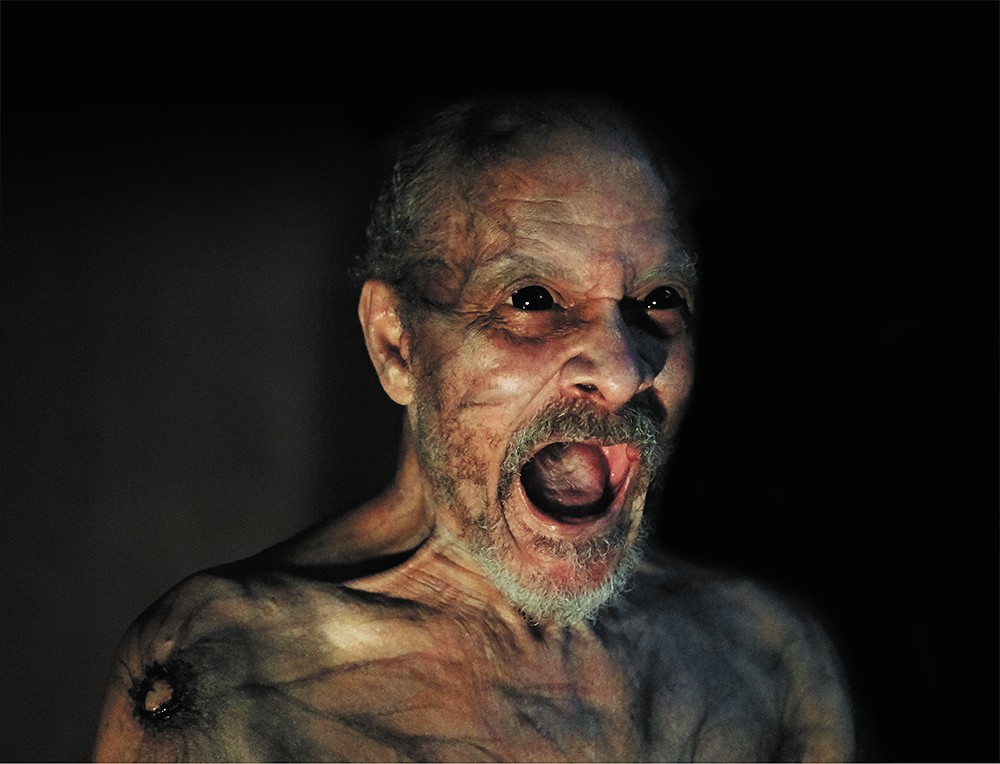 It Comes At Night is an intense psychological thriller, slow-boiling and unsettling.

surrounded by tearful loved ones wearing gloves and gas masks. He has a fatal and highly contagious disease that has decimated the population. He's euthanized by the end of the next scene, not to put him out of his misery so much as to protect his family from him. The man's 17-year-old grandson watches it happen.

This is an intense psychological thriller, slow-boiling and unsettling, written and directed by Trey Edward Shults, whose under-the-radar debut Krisha won near-universal acclaim in 2015. Here he presents another family in crisis, doing what they believe is right but plagued by doubts, fear, mistrust and an actual plague. Can too much caution be as destructive as carelessness? How drastically can you alter your lifestyle to prevent harm before the alterations become worse than the thing you're afraid of? Whether taken as an allegory for immigration, terrorism or something broader, Shults' cool, sure-handed sophomore effort will stick with you.

Living in a spacious, isolated house in the woods in some part of what used to be America is a small family: Paul (Joel Edgerton), his wife Sarah (Carmen Ejogo) and their son Travis (Kelvin Harrison Jr.). Sarah's father was the old man at the beginning, but she and Paul are of one unsentimental mind when it comes to matters of safety. The front door to the house (painted red for ominous effect) is always closed and locked, and any stranger the family encounters is assumed contagious unless proven otherwise. Paul, a history teacher before the plague, never intended to be a rugged survivalist, but has become one through his desire to protect his family.

This natural instinct has made Paul jumpy, so cautious about his wife and son that he's indifferent, even cruel, toward others. They meet another, slightly younger family — Will (Christopher Abbott), Kim (Riley Keough) and their little boy Andrew (Griffin Robert Faulkner) — with whom they can share resources, but Paul is never sure he can trust them. Travis is charmed by the newcomers, envious of their familial intimacy. Seeing this, Paul reminds him: "You can't trust anybody but family."

Paul's fear infects Travis' dreams, too, which comprise the movie's creepiest imagery and serve as a running commentary on the daytime action. Everyone's fear, whether awake or asleep, is that one of them will turn out to be infected, at which point severe protocols would need to be followed.

Shults isn't interested in the details of the epidemic, or how it affects people's bodies, but in how the threat of it affects their minds. Though the pronoun of the title remains ambiguous (several things do come at night), "fear" seems to be the thing it refers to most. Shults captures this claustrophobic paranoia with sweaty, nightmarish precision, incorporating shifts in the sound design and even the movie's aspect ratio to disturb our sense of comfort.

Another smart choice Shults makes is to occasionally show us the second family when the main family isn't around. Those moments don't reveal enough to convince us that Paul's apprehensions about them are unfounded — there remains tension on that point until the shocking climax — but they do make us consider how the story would be different if it were told from their point of view.

Early on, Will tells Paul, "I know you're just protecting your family, but don't let mine die because of it." Paul is the "hero"; we put ourselves in his shoes. Maybe we would let another family die if we thought it would save our own. Paul, speaking of Will and Kim, warns his own family, "Have you ever seen people when they get desperate?" He doesn't realize he's describing himself.

As Paul, Joel Edgerton is excellently understated, often using just his eyes to convey his inner misgivings. As his son, Kelvin Harrison Jr. gives the movie its heart and humanity, linking us to the love-thy-neighbor attitude that prevailed before the world fell apart. The question for us, as viewers, is whether that philosophy still has a place in our world, or whether the times have become desperate enough to require desperate measures.♦

It Comes at Night is not showing in any theaters in the area.