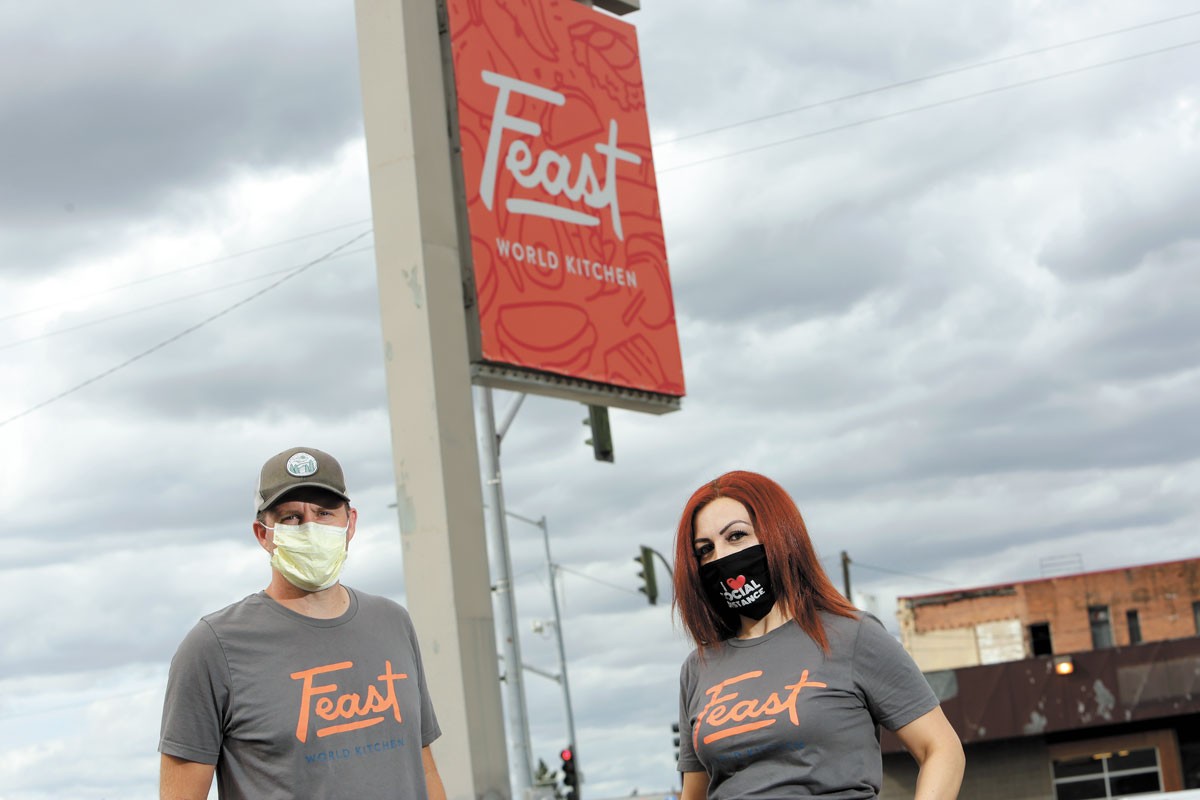 Although light construction work is underway on a recent Monday afternoon, the tantalizing aroma of warm, earthy spices permeates the air inside Feast World Kitchen in downtown Spokane.

The aromatics offer a preview of how the space transforms into a worldly, culinary melting pot four days a week, offering diners a chance to sample Senegalese food one night, and traditional Jordanian dishes the next.

The local nonprofit announced its permanent placement inside a former sushi restaurant in west downtown, at 1321 W. Third Ave., almost a year ago. Designed to serve as an incubator kitchen for local immigrants and former refugee chefs to cook and share their culture with the region, Feast also offers a chance for many international families to earn extra income, a detail that's since become vital for so many during COVID-19's economic upheaval.

"During COVID-19, Spokane has really stepped up and supported our work and these former refugee and immigrant families who have lost a lot of their other work, because many of them work in the service industry," explains Ross Carper, Feast's executive director and co-founder.

"It's really amazing that a family can pay rent for a month just from one night of takeout here," he adds.

Feast is currently open Thursday through Sunday, offering online preordering (feastworldkitchen.org) for each night's featured cuisine to be picked up at the restaurant between 4 and 6:30 pm.

The process to renovate Feast's new home while simultaneously fundraising toward the goal of operating a full-service dining room with carryout, catering services and special events on the side had been slow going since last fall, even before the pandemic's arrival this spring. Since then, however, working around present public health risks by serving only takeout meals has been to Feast's benefit, its leaders say.

"We were getting a lot of catering jobs, which was great for training and learning, but then COVID hit and all catering business went away," Carper says. "So that really moved us quickly to pivot toward takeout, which we've been doing since the first weekend in April. We've been able to start takeout when takeout is on everyone's mind."

Currently, four chefs are featured each week, including the Indian-centric Inland Curry, which departing Feast co-founder Dan Todd recently sold to a new owner, Noreen Hiskey, after moving to Arizona with his family. New weekly menus go live on Monday, with ordering cut off the night before food's ready, or sooner if a menu sells out. Feast's current lineup of rotating chefs includes immigrants from Jordan, Syria, Senegal, Bhutan, Eritrea, Guatemala, Venezuela, the Congo, Albania and Kenya. Many others hope to share their native cuisine through the nonprofit, too.

"We're having people approach us every day; the waiting list is kind of long at this point and we want it to be a mix of rotating in people who are serious about launching their own food business, like catering, a food truck or a restaurant, and then other people who just want to share their culture maybe just one time," Carper says.

He adds that Feast is actively seeking cooks interested in preparing various Asian cuisines that are less commonly found in the region's existing restaurant industry. 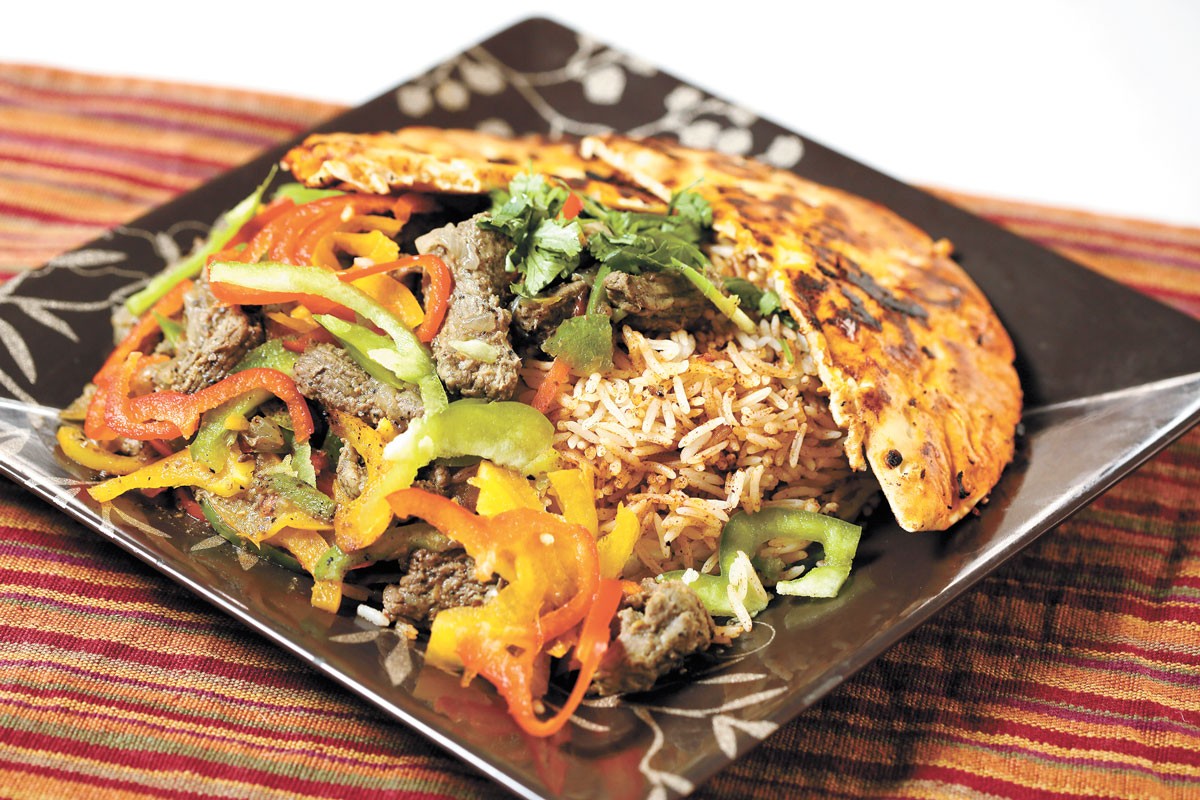 Besides supporting former refugees as they navigate through unfamiliar business set-up processes, like permitting, finances and training employees, Feast's other primary focus is to educate residents of the region about the diverse cultures and backgrounds of their newly arrived neighbors.

"People are really excited to try new dishes from different countries at their dining table," says Maisa Abudayha, Feast's kitchen manager and a regularly featured chef who emigrated from Jordan in 2013.

"Another idea we added for diners is a little description every night talking about the chef and something they like in their culture, or a place you can visit," she continues. "People love this, and in general the community is really helpful. I have some customers four days in a row which is amazing."

To further Feast's mission to share and celebrate the diversity of the region's immigrant community, leadership plans for the restaurant space to eventually host cultural events, art displays and live performances of music and dance, along with a small retail space.

Until the looming threat of the pandemic has eased, however, the focus remains on providing safely prepared food for takeout each week. In the meantime, Carper says Feast is still accepting donations of money or volunteers' time, both of which support ongoing renovations and regular, continuing operating costs.

"This is not just a takeout restaurant, it's a nonprofit, and part of our mission is education and that means truly celebrating all the people who have come to Spokane, sometimes because they were forced from their own country, and sometimes other circumstances," Carper says.

"It's a real joy to share those cultures as our chefs are working to learn food entrepreneurship; they are sharing a part of who they are and bringing something beautiful to Spokane." ♦