Federal lawmakers legalized hemp in December, but a truck driver could face five years in prison for transporting a load of hemp through Idaho 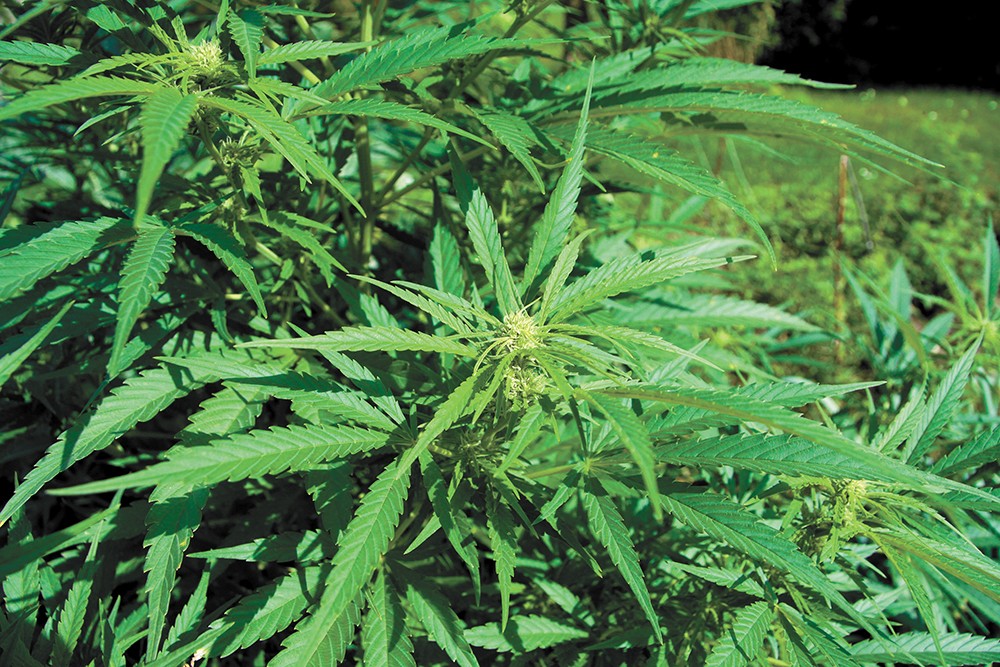 Idaho isn't ready to embrace hemp quite yet.

When a 36-year-old truck driver named Denis Palamarchuk set out for Colorado with about 6,700 pounds of hemp, he didn't think he was doing anything illegal. His employer of three and a half years had signed off on a shipment intended for a legitimate company, and he was travelling between two states where marijuana is legal. It didn't seem like a big deal.

"I know marijuana is legal in Oregon. That's why I didn't refuse that load," says Palamarchuk, who's based out of Portland.

But when he pulled into a weigh station along Interstate 84 near Boise on Jan. 24 and submitted to a random inspection, he was ultimately arrested by State Police and charged with felony marijuana trafficking while his load was seized. The charge carries a minimum sentence of five years in prison, per Idaho state law.

"I didn't do nothing wrong," says Palamarchuk, who was released on bail after one night in jail. "That's part of my job and I try to follow the law."

Now, Palamarchuk has pleaded not guilty and the intended recipient of his load, Big Sky Scientific — a new Colorado company that produces cannabidiol, or CBD, from hemp — is suing Ada County, Idaho, in federal court over the incident. Idaho authorities have so far refused to release the hemp to Big Sky Scientific. The case is also indicative of how convoluted the legal territory is for the hemp industry, even with a theoretical green-light at the federal level.

"The idea that they haven't dropped the case, it's baffling," says Ryan Shore, CEO of Big Sky Scientific, the company suing Ada County, the county prosecuting attorney and Idaho State Police. "I thought that for sure once everyone understands what's going on it would just be over."

Bethany Calley, a spokeswoman for the Ada County Prosecutor's Office, declined to comment on the matter.

In December, lawmakers in Congress approved a package of agricultural legislation known as the 2018 Farm Bill. In it, they included language that declassified hemp — and all of its derivatives — as a federally controlled substance. (Previously, federal law didn't distinguish between hemp and marijuana, considering both illegal under the Controlled Substances Act.) Under the Farm Bill, hemp can't contain more than .3 percent tetrahydrocannabinol (THC), the primary component of cannabis that makes consumers "high." And, importantly, the law allows for the interstate transport of hemp and hemp-derived products, so long as those were produced in accordance with the law.

While hemp is technically a cannabis plant, its low THC level means that it can't serve as an intoxicant. Instead, proponents argue that it can be used to create CBD and other commodities, like textiles.

David Kramer, an attorney with Vicente Sederberg, a national law firm specializing in cannabis law, says that the regulatory changes at the federal level are a "big deal."

"Hemp has been confused with its illegal cousin marijuana for several decades," he says.

The regulatory changes have also created something of a gold rush of business investment in the CBD industry. It's what prompted Shore's company, Big Sky Scientific, to get off the ground in January — with the help of eager investors — and order thousands of pounds of hemp from a farm in Oregon that ended up getting transported by Palamarchuk.

"It's a significant hit to the company, especially since we just got started," Shore says of the seized hemp.

"When this became legal, we contacted our lawyers and it was confirmed that it was 100 percent legal and then we started this," says Ivan Pavliy, CEO of VIP Transporter LLC. "The president signed off that it's no longer a controlled substance."

Court records outline prosecutors' views. For one, Idaho doesn't recognize a difference between hemp and marijuana, so both are still controlled substances, they contend. Secondly, Ada County prosecutors have taken the view that since the Farm Bill called for the creation of new regulatory frameworks at the federal level — which haven't been developed yet — the hemp that Palamarchuk transported was not protected.

"The Idaho case really touches on the interstate commerce provision of the 2018 Farm Bill," Kramer says. "The reason [Ada County's] argument is flawed in my view is that the legislative intent makes it pretty clear that Congress's goal was to allow for the free transport of hemp."

During this past legislative session, some Idaho lawmakers had pushed regulatory changes that would have specifically permitted the transportation of hemp through the state regardless of the legal status of marijuana and hemp in Idaho. However, it was ultimately killed.

One of the state lawmakers who unsuccessfully pushed the changes, Rep. Ilana Rubel (D-Boise), called upon the Ada County prosecutor to drop the charges against Palamarchuk — and two other drivers who were arrested for transporting hemp prior to the passage of the Farm Bill — in a May 8 Idaho Press editorial co-authored with another state lawmaker: "We are on the brink of ... injustice should these drivers be imprisoned or saddled with criminal records hampering future employment (and disqualifying them from commercial drivers' licenses)," she writes.

While Big Sky Scientific's federal lawsuit against Ada County and Idaho State Police is playing out separately from Palamarchuk's defense — their lawsuit only covers the seizure of their hemp order — the business is financing his legal expenses.

"I think it's completely wrong that they're actually holding a person in the middle of this dispute," Shore says. "This is obviously a legal interpretation issue between a business and a government and to tie up Denis in the middle of this and to hang up a potential five-year prison sentence, that's just wrong."

Palamarchuk is still working as a truck driver — his employer gave him another truck — while his case plays out. But he says that he's not taking his chances transporting hemp again.

The original print version of this article was headlined "Risky Business"