Could a new fee raise revenue for the fire department — and reduce insurance rates? 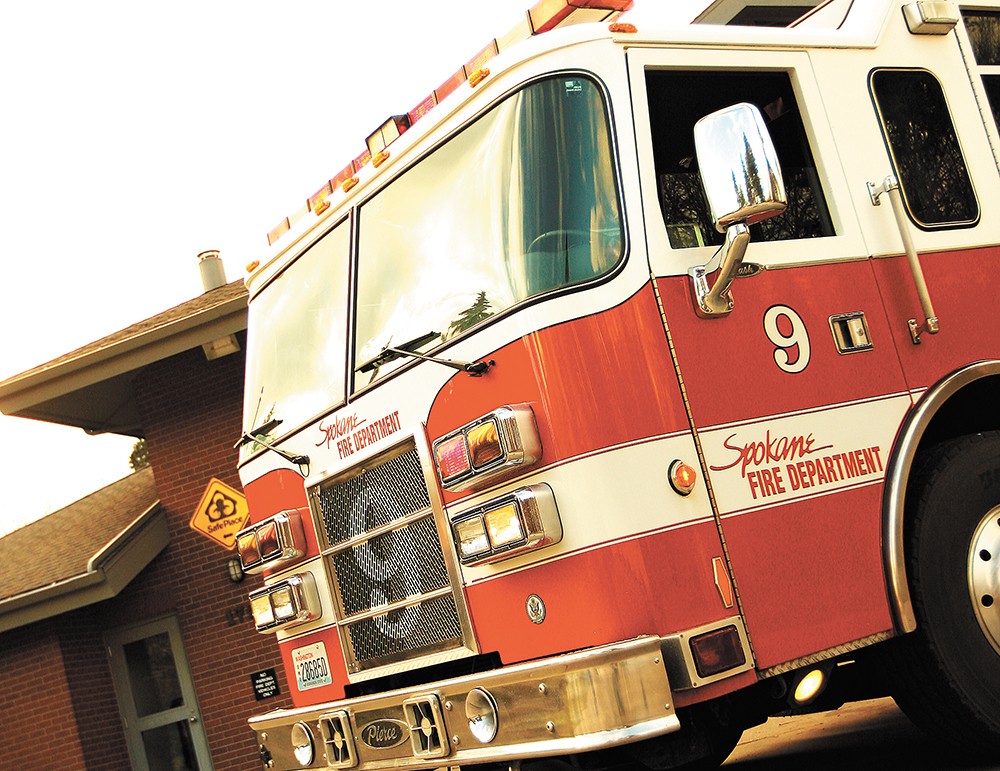 Young Kwak
The city won big when it got a massive federal grant to hire more firefighters — but the city is already trying to figure out what to do when that grant runs out.

From one point of view,

it was an incredible gift. The Staffing for Adequate Fire and Emergency Response grant in September to the Spokane Fire Department totaled nearly $9 million — one of the largest such grants in the country. It was enough to hire 48 new firefighters.

But from another point of view, it's a time bomb.

In two years, the grant disappears, taking away funding for every one of those four dozen firefighters with it.

It's the sort of thing that gives Brian Schaeffer — appointed interim fire chief on Monday — the worst type of déjà vu.

He says the city was right to take the grant — for 24 months, he says, the grant means that the city will be safer. But the knowledge that the rug might be pulled out from under the fire department once the grant ends continues to haunt him.

So for the next two years, the city will be considering a new source of revenue. It's possible that, on top of property and sales taxes, in a few years Spokane residents will be required to pay a "fire benefit charge" tied directly to the level of fire risk on their property.

"I don't want to go through what we went through in 2005," Schaeffer says. "In public safety, the worst thing you could have is instability, whether it's police or fire."

Even before the fire department knew it had obtained the SAFER grant, it was already searching for new sources of revenue.

"Service delivery for a community our size, response time, number of firefighters per thousand," says Randy Marler, vice president of the Local 29 firefighters union. "We're behind in all of those categories."

It's not just about being better at dousing fires. These days, most calls are medical emergencies — strokes and heart attacks, for example — and firefighters are the agency best positioned to respond quickly.

"If it's the will of the community to improve public safety — our response times are double community standards — there's going to be some investment," Marler says.

In June, the city hired attorney Kinnon Williams, a consultant with the firm Inslee Best Doezie & Ryder, who helped work out the details of the fire benefit charge in Kent, Washington, south of Seattle.

The details can vary broadly from fire district to fire district, but the premise of a fire benefit charge is simple: Properties representing the biggest risks — the toughest structures to fight fires in — will have to pay a larger fee. An empty lot usually won't pay a charge at all. A multifamily apartment will often have to pay significantly more than a small house, for example. A sprinkler system may provide a discount.

"I think the reason that most jurisdictions go to the benefit charge is it provides stable funding," says Jim Torpin, fire chief of the Northshore Fire Department in Kenmore, Washington, which has had a fire benefit charge since 1990.

But while several fire districts throughout the state use the charge, the law only began allowing cities as a whole to apply the tool in 2010. So far, no one has. A lot of details still need to be worked out and questions answered.

"We need to have hard, fast data," says Marler. "This is where we are today. Does this make sense for Spokane?"

In a community where the police department is also underfunded — and property crime is rampant — asking voters to approve more money exclusively for fire service could be a high hurdle. But several Spokane city councilmembers float one possibility of a fire benefit charge: If fire service improves significantly, they theorize, residents could actually see their insurance rates fall. Maybe enough to compensate for the charge.

"If you do this fire benefit charge, it may cost you more as a property owner, but you [may] save money, dollar for dollar, in your insurance rates," says City Council President Ben Stuckart. That's the hope, anyway: Spokane could spend more on making the community safer, less on insurance premiums.

The Washington Surveying and Rating Bureau issues a "Public Protection Class" rating between 1 and 10, measuring how well-trained, well-staffed and well-equipped a fire department is. Some insurance companies use this rating as a key factor in calculating insurance rates.

Spokane's fire department is ranked as Class 3. The hope is that Spokane will be able to join communities like Seattle, Bellevue and Federal Way by becoming Class 2.

But this possibility relies on two big questions.

First, will all the extra money be enough to make the jump to the next rating?

Part of the problem is that the rating bureau only examines the ability of a department to respond to structure fires, not its innovations responding to medical emergencies.

"It's somewhat frustrating to me that it doesn't take [into account] the reality of what our emergency response is today," Mayor David Condon says.

And second, will improving Spokane's protection class rating significantly reduce its citizens' insurance premiums? The WSRB says that rates generally improve, but because of the wide variety of insurance policies, it couldn't provide any firm figures.

While stories abound regarding massive savings for communities that dramatically improve their fire protection ratings, the insurance companies the Inlander spoke with doubted that moving from a Class 3 rating to a Class 2 would have a major impact — or any impact — on insurance rates. Case studies showed similar results.

Veronica Stevens, with the Cochrane & Company insurance agency, has been in the Spokane market for three decades and says she's skeptical of promises of savings with such a small improvement in fire department ratings.

"I can't see an insurance company dropping their rates," Stevens says. "Anything considered [Class] 1-4 pretty much runs through the same rate."

Marler, for his part, expects homeowners and businesses to see a small reduction in insurance rates, but says a fire benefit charge will still mean that most property owners will pay more. The key, he says, is to educate the public as to how crucial a better staffed fire department is.

"I think there's a perception that the fire department in Spokane is doing a lot better than we actually are," he says. "We don't want to scare the public. This is the reality of what's going on here. When we have our big events — the windstorm — we did not do well. We were maxed out." ♦