To supplement or not?

Few things are more difficult in parenting than making sure kids have a healthy diet. Problems are compounded in the adolescent years, when rapid growth means kids develop voracious appetites. In fact, the caloric needs during this period are higher than at any other stage of life, according to the American Academy of Pediatrics — with boys needing about 2,800 calories a day and girls needing 2,200. Kids involved in vigorous sports may need even more — up to 3,500 calories a day.

Yet even though they’re putting away impressive amounts of food, kids can fail to meet their substantial nutritional needs, setting the stage for a host of health problems later in life — from obesity to heart disease to diabetes.

Serious business, so what’s a parent to do? One solution is surprisingly simple: make sure that the majority of dinners are eaten together as a family. Eating together four or five times a week was shown to help adolescents consume significantly more vegetables, fruits and dairy products, according to a 2003 study in the Journal of Adolescent Health.

“Families that regularly eat together eat more nutritiously and the children are less prone to high-risk behaviors,” says Martha Marino, director of nutrition affairs for the Washington State Dairy Council.

Just remember that parents have to lead by example. “I remind parents that the kids catch more than they know,” says Nancy James, a registered dietitian at Providence Sacred Heart Medical Center & Children’s Hospital who has specialized in pediatric nutrition for more than 20 years. “If the parent does not eat a specific food then, the kids aren’t going to either.”

Some vitamins and minerals are more difficult than others to get, even from a relatively healthy diet. For example, getting the recommended 1,300 milligrams per day of calcium for 9-18 year olds requires the equivalent of four full servings of dairy products. While you can also get calcium from dark leafy green vegetables, you have to eat a lot of them. For example, it would take four cups of broccoli to equal the calcium in one cup of milk.

Getting adequate vitamin D from diet alone also poses a challenge, especially for people in cloudy northern climates or those who with a darker complexion. In 2008, the American Academy of Pediatrics doubled the recommended intake of this vitamin to 400 IU per day throughout childhood. While substantial amounts of vitamin D are present in some fish — 3.5 ounces of cooked salmon has roughly 360 IU — other foods offer fairly low levels: a cup of fortified milk provides just 98 IU.

So even a healthy diet may not be enough to guarantee adequate levels of these important nutrients during the growing years. That’s why James says she has recently changed her advice regarding supplements. “I used to say if a child was getting a wide variety of food [a supplement] wasn’t necessary. However, now I recommend it, and emphasize how to read supplement labels.” She also stresses the importance of limiting supplements to 100 percent of the Recommended Daily Allowance (RDA). Spendy brands aren’t necessary — James says the basics can be covered for less than $10 a month.

Tweens and adults can refuel between meals or after a workout with these snacks that clock in at between 200 and 300 calories. Watch serving sizes to stay within the range.

Some businesses manage to stay busy during construction on North Monroe

Physicians in the Kitchen 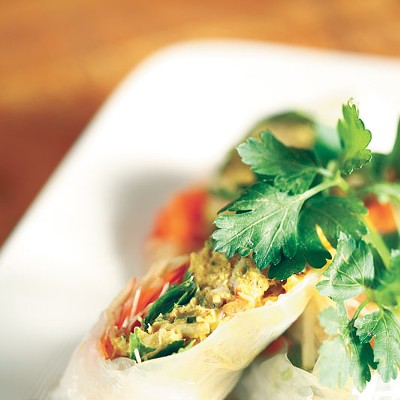