Life coaching: Asking for help is a sign of strength 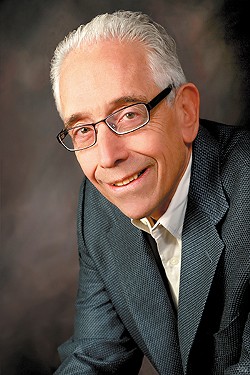 Robert Maurer is a Spokane psychologist, consultant and author of “One Small Step Can Change Your Life.”

The science of gender differences has taken many many wrong turns,

perhaps partly because men have done most of the research.

Here are some facts: While males, as a rule, have larger brains, the size discrepancy is more a function of their larger bodies. Females are more likely to survive the first year of life, recover from illness more quickly, and live longer. Why do women enjoy better health? One reason may be the tendency of women to "tend and befriend." While men tend to isolate themselves when they are facing challenges, women will reach out to each other more often for help and support. More than 100 studies suggest that reaching out to others for support will calm the heart and strengthen the immune system.

The often innate tendency of women to ask for help can sometimes be misconstrued as weakness, particularly in the business world. Here's an example: A team leader, who happens to be a woman, may call a meeting to solve a problem. She may have an idea of the best way to proceed, but wants the input of the team's collective wisdom. She presents the problem and asks for suggestions. Some male team members may take this as a sign of weakness, and doubt her competence because she is soliciting advice, rather than giving orders. In reality, asking for help can be seen as a sign of strength — something both genders could benefit from recognizing. ♦

The challenge of responsibility