Gail Gleason opens up about her son’s battle with ALS 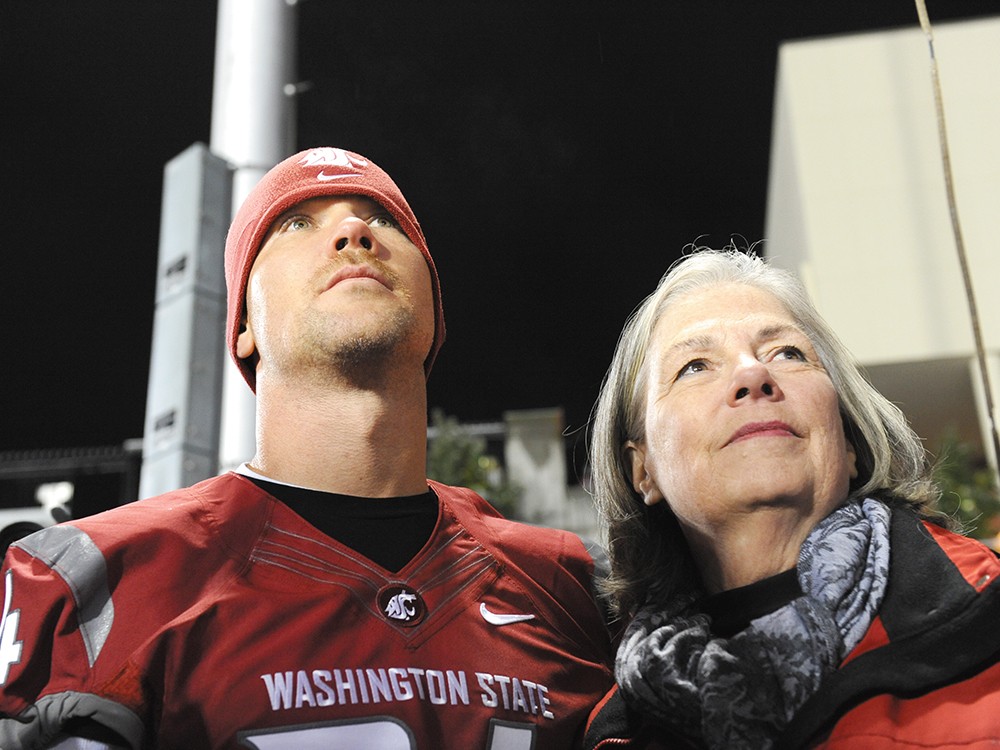 Gail Gleason still possesses that electric smile, that infectious laugh, that zest for life she passed on to her children.

Most of the time, that is. Inevitably, there are times when her voice cracks and her eyes glisten and she must leave work to go home and face the fact that her eldest son — Spokane native, former Washington State football and baseball player and NFL safety Steve Gleason — is dying.

“Right now, there’s virtually nothing that he can move on his own,” Gail says softly over lunch in downtown Pullman. “His hands are in hand rests, and he can push the joy stick.

“He’s skeletal, so every time I see him it’s a shocker. He’s got tubes everywhere for feeding and urinating and for breathing.

“No,” she corrects herself. “Not for breathing yet. We’re not going there, all right?”

Steve, as millions of people around the world now realize, suffers from the neurological disease amyotrophic lateral sclerosis. There is no cure for the malady, more commonly known as ALS, or Lou Gehrig’s disease.

“If anything goes wrong,” Gail says matter-of-factly, “then that’s going to be it. It’s to that point.”

Steve, wife Michel and their young son, Rivers, have spent the past two summers in North Idaho. Gail, a former schoolteacher who now works for WSU’s student-athlete development staff, visits her son frequently.

“His goal — and he’s always been good at meeting his goals — is to be there for Rivers when he can stand on his own,” Gail said. “And it’s to make a difference, which he is doing in the ALS community.”

As soon as Steve learned he had ALS in January 2011, he went public with the news. With typical earnestness, he immediately began raising funds and awareness to fight the dreaded disease.

These efforts will be on display in downtown Spokane on Saturday when the second annual Gleason Fest, an all-day street party featuring live music, food and a beer garden, takes over the area surrounding Main Avenue and Division Street.

Steve spent nearly his entire NFL career (2000-07) with New Orleans, where he was best known for his fearless play on special teams. What Steve has always possessed, dating back to his high school days at Gonzaga Prep in Spokane, is great courage as well as great passion for his fellow man.

Steve has long been involved in charitable activities in New Orleans. When Hurricane Katrina struck the Gulf Coast in 2005, Steve and Gail asked the WSU community to donate backpacks filled with school supplies — and, Steve insisted, a children’s book and a stuffed animal — to aid youngsters impacted by the tragedy.

Now, Gail says proudly, a WSU engineering professor has come up with another great idea. He’s directing a senior project aimed at speeding up the computer and camera apparatus that permits Steve (who can no longer speak) to type by following his eyes on a keyboard.

For obvious reasons, Gail loves Cougar Nation, even though she grew up near Washington’s campus and graduated a Husky. She values the support she and her son have received from work associates and other Cougars during this trying time in their lives.

“When he was just starting to walk — we lived across from Shadle [Park] — I took him over, and there’s two slides. There’s this one and this gigantic one. I stood there, and after he had mastered this very quickly — he stood there and watched the big kids go up the big slide — the next thing I know, he’s heading up there. I thought, ‘Gail, you’ve got to be prepared to let him go and go as far as he can and just be there for him and support him.’”