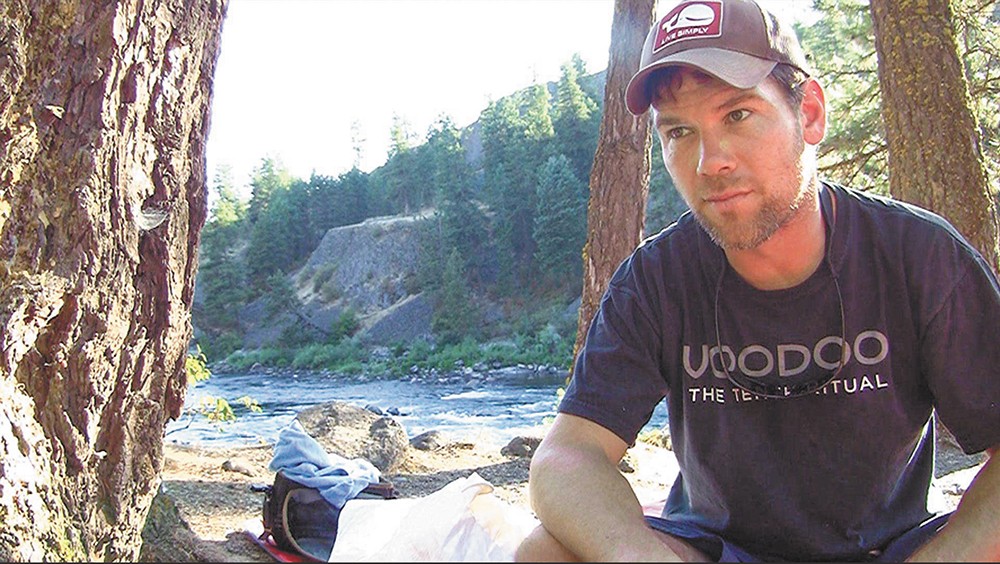 The documentary features a number of video diaries shot by Steve Gleason.

isn't a football movie. In fact, after the opening credits roll, there's almost no football to be seen.

Sure, Steve Gleason was a football player, but that's a fact you'll likely find irrelevant by the end of the film. Rather, this is a documentary about family and fatherhood and marriage. It's also about pain, and you need to be ready for it to rip your damn heart out.

Gleason has ALS; those who suffer from this disease will tell you that it takes away your body and leaves your mind right there to watch it all happen. We watch Gleason's ability to walk get ripped away before the disease steals his voice, motor function and pretty much everything else.

This ultra-personal documentary is directed by Clay Tweel, who made waves last year with Finders Keepers, the story of a guy who found a severed human leg in a grill that he bought at a yard sale. Here, Tweel weaves together the video diaries Gleason began making for his son upon his 2011 diagnosis, with footage that follows Gleason and his wife Michel through their journey battling the disease.

While Gleason has become a mega-hero both in New Orleans and here in his native Spokane, it's Michel who very well might be the film's most compelling character. Watching her try to care for a 1-year-old while also taking care of her husband is crushing, and you see her change under the pressure. But she keeps at it, even when she admits that it's been hard on her. Through her, we get a lesson in sacrifice and suffering, and some insight on what goes into a marriage that's under constant heavy stress.

Tweel's use of raw scenes, many of them shot by Gleason or Michel, is masterful in many spots, even if we're left looking at a stationary shot of the couple lying in bed, struggling to communicate their frustrations. There's also a brutal subplot about Gleason's struggle to understand his father's faith, which includes a visit to the elder Gleason's evangelical church, where a faith healer says he can heal anyone. Gleason — at that point rapidly losing the use of his legs — tries to run in front of the congregation and crashes face-first into a pile.

Despite the tears on-screen and presumably the ones shed by audiences, there are moments of levity. Steve is a funny guy, and Michel might be even funnier.

And, of course, the film is endlessly inspiring, as we see Gleason battle through surgeries and daily treatments and writhe in pain just to use the toilet. There's an inescapable sense by the film's end — as we watch Team Gleason become a major force in improving the lives of ALS patients and see Gleason with his now-toddler son — that you, the viewer, could do more with your life... even if it's only a fraction of what Steve and Michel have done with theirs. ♦

Gleason is not showing in any theaters in the area.