MAKE YOUR OWN MACKLEMORE VIDEO

This summer, demand Macklemore, not Mackle-less.

Last summer, Macklemore finally found the path to popularity: filming a video in downtown Spokane. Grab your trusty camcorder, head downtown, and you too could follow in their footsteps.

You could redo "Downtown" with your own, more reasonably modest budget. Don't have a moose motorcycle? No problem. Just bungee-cord the head of a Rudolph the Red-Nosed Reindeer lawn display onto your BMX bike.

You could also take on "Thrift Shop." There's a Value Village near the Spokane Arena, albeit one where the decision to "pop some tags" is highly frowned upon. (We generally do not recommend you try to film a music video for the nine-minute "White Privilege II.")

Or strike out out on your own, following your own mad artistic vision, and create your own viral video downtown in order to get tens — maybe even dozens! — of hits.

Remember, achieving the wild success of today's American Dream relies less on hard work and raw talent, and more on filming yourself laughing in a Chewbacca mask. You've got the camera. You've got the starry-eyed visions of fame and fortune. Now all that's left to do is hit "record."

EYE IN THE SKY

Pretty much anything is a good reason to make your way up to Sandpoint, North Idaho's idyllic lakeside town full of giant ice cream cones. And Eye in the Sky, showing June 18-19 at the Panida Theater, is as fine as an excuse as any other. The final film from beloved villain Alan Rickman, Eye in the Sky is a British thriller centering around the moral and psychological implications of drone warfare.

The Inlander's "Suds and Cinema" series is back. This time, we've brought our friends Bill and Ted (and Genghis and Socrates and Joan of Arc) on a most excellent adventure. Specifically, Bill and Ted's Excellent Adventure, featuring Keanu Reeves before he went on his murderous John Wick killing spree. The movie will be held at Olmstead Park on Thursday, Aug. 18 (Friday, Aug. 19 if it rains). The event, featuring Orlison beer for those of age, starts at 7 pm, while the movie starts at 8:30.

The old-fashioned days of drive-in movies live on at Joe Albi Stadium this summer. Buy advanced tickets at nwoutdoormovies.com. The movies start at dusk. Our recommendation is Aug. 16, when the featured film is Jurassic World. The key is to bring a glass of water, set it on the dashboard, and subtly jiggle it whenever the T-rex is approaching. 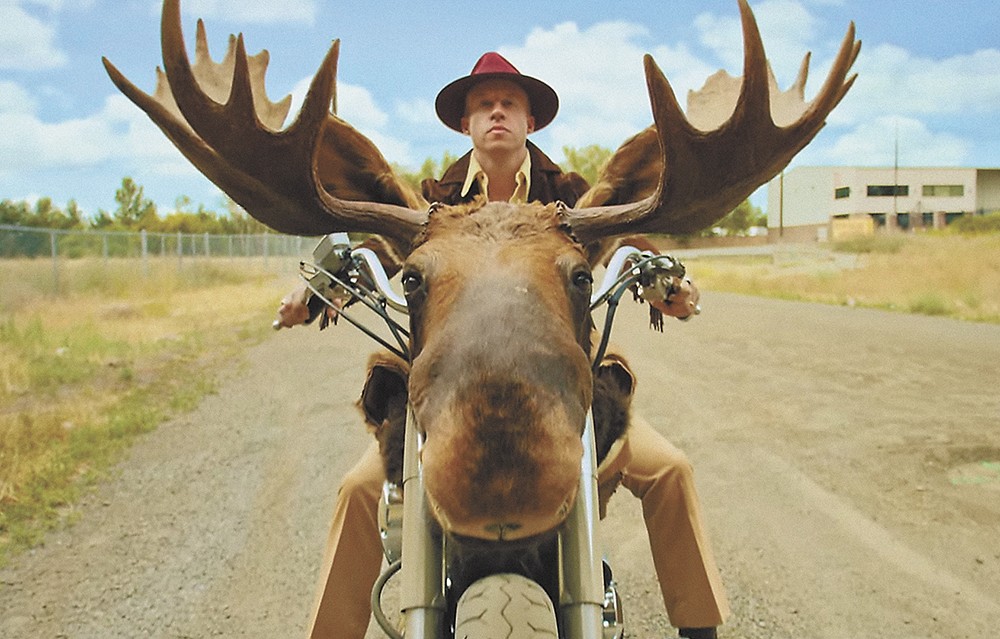 Don’t have a moose motorcycle? No problem.

MAX OUT ON IMAX

While some of the details for Riverfront Park's massive renovations are still up in the air, there's a good chance that this is your last opportunity to see IMAX's massive movies at Spokane's iconic park before the theater is demolished as part of the park's rehab.

As a kid, nothing was quite as awesome-wicked-sweet as watching the IMAX cameras soaring through the Grand Canyon as the screen engulfs your entire vision. You could feel your stomach drop as the camera did. Recapture that magic, or share that magic with kids of your own.

You've got (probably) one last shot to marathon through all Riverfront Park's IMAX movies before the (possibly) approaching wrecking ball. Check my.spokanecity.org/riverfrontpark/attractions/imax for details weekly; this weekend has a whole host of interesting movies. Storm the beaches of D-Day Normandy 1944 if you're a world history buff, or take the trek with Lewis and Clark: Great Journey West if you're more into local history. Living in the Age of Airplanes will blow your mind with the insane fact that man can fly in metal machines. Think about that for a while. You could travel the world with Journey to the South Pacific or ascend to the top of it in the IMAX classic Everest.

As for me? I'm most intrigued by National Geographic's Mysteries of the Unseen World, which wields electron microscopes to see the smallest wonders on the biggest screens.

CARTOONS AT A FARMERS MARKET

Some movies are best experienced in monasterial silence. But more movies than you think are best experienced in the company of a thousand laughing, squirmy kids. Starting June 20, on Mondays through Fridays at 9:30 am, the Garland Theater will show free kids movies.Yes, one of those movies is the painful-sounding Alvin & the Chipmunks: The Road Chip, but on July 4-8, they're showing Shaun the Sheep Movie, from the brilliant Nick "They're the wrong trousers, Gromit!" Park.

For one night in your mundane life, feel cultured. Put on your beret, don your monocle, and get ready to read a ton of subtitles at the Magic Lantern, Spokane's awesome indie movie theater. Look up the show before you go at magiclanternspokane.com, but ideally it's a foreign film consisting mainly of fashionable people standing outside on balconies, smoking cigarettes and gazing into the horizon with unbreakable ennui. 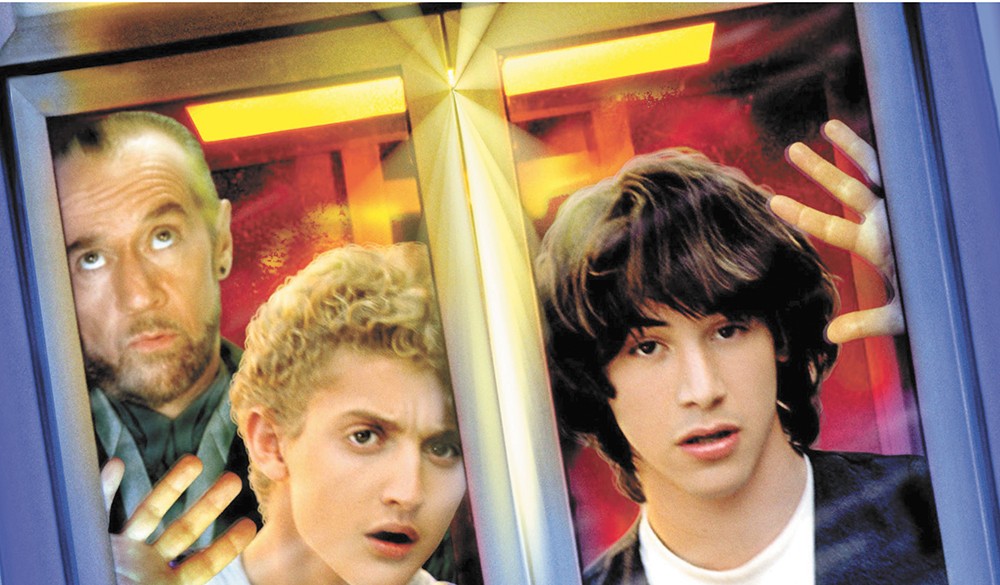 Bill and Ted are back where they belong — on the big screen, Aug. 18, at Olmstead Park in Kendall Yards.

CATCH A MOVIE AT RIVERFRONT Park

Ah, summer. The days of pickup baseball games, public pool swimming and being chased by a giant terrifying dog. No movie captures that summer trifecta quite like The Sandlot. Catch the movie on June 22. Find out who the Sultan of Swat really was and why people keep telling you "You're killing me, Smalls" whenever you tell them you haven't seen The Sandlot. Continuing outdoor movies Wednesday nights through July 20.

GO GONZO FOR THE MUPPETS

Do you have cabin fever? Is it driving you insane? Head to the Northside or Southside Spokane County Family Aquatics Facilities on Saturday, June 25, at 6 pm to see Muppets Treasure Island, widely regarded as the best Muppets movie by me when I was 10. Swim for two hours, then relax to take in the antics of muppets including Gonzo, Miss Piggy, Kermit the Frog and Tim Curry. Tickets are $5, $2.50 for 3-to-5-year-olds and $4 for those over 65.

On July 15, starting at 7:15 pm, the Spokane Indians take on the Salem-Keizer Volcanoes in the time-honored pastoral tradition of minor league baseball. "Yawn." OK, but what if we told you it was Star Wars night? "I'm skeptical, but intrigued." With Star Wars trivia! And character cameos! And a Star Wars jersey auction! "Go oooon." And a full-scale laser light show after the game! "Let's go!" ♦