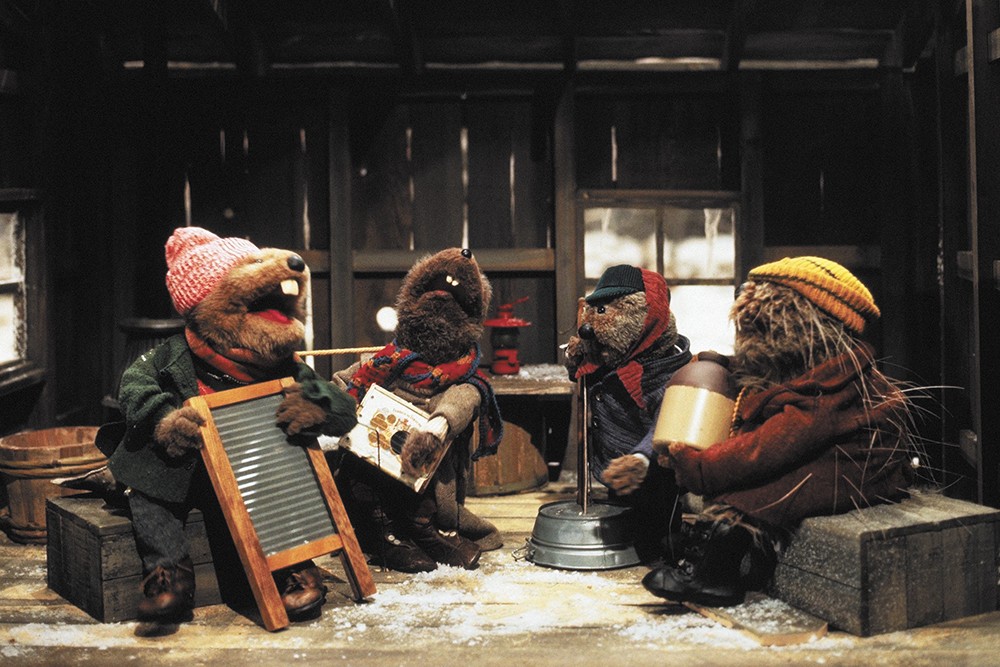 You can't escape them this time of year and you're bound to find yourself watching at least one before the season is over. You have to accept this fate, but you don't have to do it sober. Get some pot, pop some popcorn and pick from our list of weed-friendly films sure to get you into the holiday spirit.

Jim Henson set aside his usual Muppets for a cast of woodland creatures in this made-for-TV adaptation of a Russell Hoban children's book of the same name. The story follows Emmet Otter and his Ma, a happy but poor family of, you guessed it, otters, living in Frogtown Hollow. Strapped for cash with Christmas approaching, the pair separately set out to win a $50 talent show prize in order to purchase a gift for the other. Musical numbers, performed by puppets on intricate sets, highlight this wacky but uplifting take on the spirit of Christmas.

Forgotten at home when his family leaves on a Christmas trip to Paris, 8-year-old Kevin McCallister (Macaulay Culkin) is left to fend for himself in suburban Chicago. Kevin's newfound freedom quickly loses its luster as a pair of bumbling burglars repeatedly target his house. But, the 8-year-old brain, similar to the stoned brain, works in mysterious ways.

Perhaps the most controversial Christmas movie of all time, in the sense that three decades have passed since its release and people still can't agree on whether or not it's actually a Christmas movie. What people can agree on is that it's a high-octane action movie led by a peak-form Bruce Willis, playing NYPD detective John McClane, who gets wrapped up in a terrorist hostage situation high up in a Los Angeles skyscraper. There are guns, explosions, millions of dollars and countless lives on the line. Oh yeah, and it all takes place on Christmas Eve so it's seasonally appropriate, at the very least.

Jingle All the Way

It's Arnold Schwarzenegger versus Sinbad in a Christmas Eve showdown. Except, this is no Terminator. The two play a pair of caring but hapless fathers who set out at the last minute to get a very specific, and popular, gift for their children: a Turbo-Man action figure. Schwarzenegger playing a normal person is funny enough sober, but downright bizarre after a couple of puffs.

If you want a traditional Christmas experience, take in the beautifully illustrated children's book on which the film was based. If you want to get exceptionally weirded out, watch the movie. In both, a young boy boards a train bound for the North Pole on Christmas Eve. In the film adaptation, the characters are nothing short of creepy looking. And it's not just the weed playing tricks on you. The motion capture animation of the characters falls into the so-called "uncanny valley," a concept that hypothesizes when something looks almost too human, but not quite human enough, people react to it in a cold, creeped out way. ♦