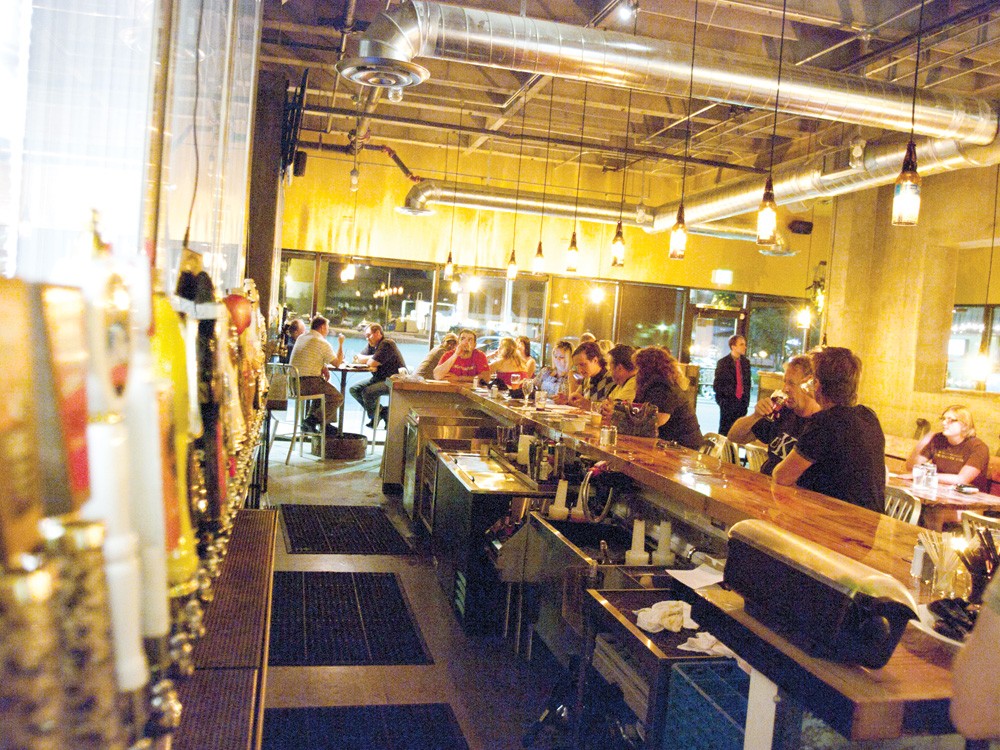 Spokane doesn’t need another public house at this point. We’re full of them.

But a creative restaurant that focuses on housemade everything, that thinks locally, that avoids hormones and that pays careful attention to oft-overlooked details? Why not!

Patrick McPherson, who owns the MANITO TAP HOUSE, seems obsessed with the details. He bills his joint as a “gastro-pub” and has placed equal emphasis on both parts of that portmanteau.

The joint has a staggering 50 tap handles. On the menu, beers are organized by type to avoid confusion. Alcohol percentages, bitterness units and city of origin are also represented, in case you want an imperial IPA from within 200 miles or a raspberry lambic from across the Atlantic.

In the kitchen, Chef Tina Luerssen (formerly of Masselow’s and Wild Sage) makes everything in-house. Well, almost everything. They buy one baguette. The rest — from the brioche buns to a ketchup that one could literally drink out of a pint glass — is made in the building.

The restaurant sits amid the concrete undergirdings of what was once a Gottschalks and will soon be a Ross. McPherson has not hidden this fact. Reclaimed barn wood and welded iron highlight thick columnar structures and a lofty, undulating concrete ceiling. The outer walls are covered with large black-and-white murals of Spokane. The inner supports are decoupaged with dozens of beer posters. It’s work finding a duplicate.

Once you order, start with the duck and shiitake mushroom lumpias ($8) or the yam chips ($4) with the Oregonzola bacon dipping sauce ($3) and proceed from there. The Comstock Fettuccine ($13) affords the option of a cream-based sauce or one made with olive oil, for lighter palates, which was still creamy and rich when we tried it, without settling into a ball at the bottom of the gut.

The grilled hearts of romaine ($5/$8 whole) with pecorino, heirloom tomatoes and a lemon caper vinaigrette would whet the appetite of the peckish but could serve as a full meal for the light eater.

The place has been packed for over two weeks, with lunches getting as full as dinner service, so go when you have time to kill, sop up a pint (for early fall, I suggest the Pranqster, a $5 Belgian) and soak in the atmosphere. (Luke Baumgarten)