Want to overcome adversity? All it takes is one step. Then another. Then 12,000 more 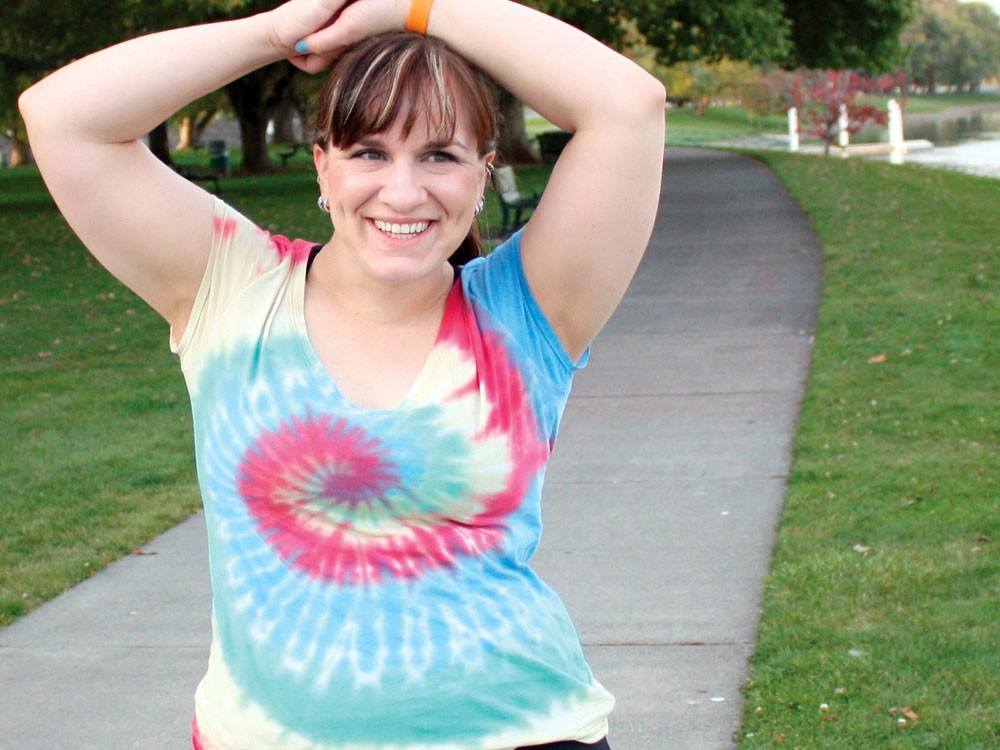 Mary's figured out how to go the distance.

When I was little, Jackie Joyner-Kersee, the asthmatic Olympian, appeared in public service announcements and encouraged everyone to run. She told us we could do anything if we tried. So I gave it my best shot. I loved to sprint. It was on my first long-distance run at age 11, though, when I realized something was very wrong with my lungs; I collapsed at the finish line.

The next week, we found out that I, too, had asthma. I tried running many times after that (mostly at the loud urgings of my P.E, teachers, who didn’t believe that constricted bronchial tubes are decent excuses to quit) until I wound up in the emergency room four times in one week due to attacks I couldn’t control. I don’t honestly think I thought about running after that — unless I was being chased. I gave up on Jackie’s advice, thinking, Enjoy your gold medal. Shut up about the running.

How am I a runner? For all of 2009, I suffered severe leg pain. Walking was a chore, let alone trying to hustle anywhere. I saw an orthopedic specialist in Seattle, and he realized I had torn a major muscle in my calf. When I asked for an alternate therapy to surgery, he asked, “Have you thought about running?” The short answer, obviously, was no.

After the doctor’s question, I spent a lot of time thinking about running. I didn’t want to run, I couldn’t fathom even surviving running. But I needed to do something.

The truth is, I had a torn calf muscle and a broken heart — and both needed fixing. I wasn’t sure if the running would help my leg, but focusing on something other than a heartless jerk seemed like a pretty good idea. And I knew running with chronic asthma would take focus. I thought about making a resolution for myself, I thought about facing a new year, focused solely on myself and becoming the power chick I wanted to be. So, on Dec. 30 of last year, I signed up for the Seattle Half Marathon — scheduled for Nov. 28, 2010.

I decided this would be the year I ran. In March, I finished my first race since childhood, the Mercer Island Half Marathon. At the race expo the day before, I met a lot of REAL runners. People who were stoked to beat their “PR” (whatever that was) and picky about what flavored goo they wanted to suck down during the race. Among the free first-aid kits, goo packets and sweatbands were a bunch of running-themed shirts.

One of those shirts read, “Toenails Are for Sissies.” I had no idea what it meant, but I chuckled.

I ended up getting the shirt that read, “Dear God, please let there be someone behind me to read this.” (Thankfully, there was.) However, at mile 10, I felt something a little off about my left foot. I looked down and realized that my shoe was bright red.

The meaning of that first T-shirt became clear to me: I’d lost my pinkie toenail, and I still had three miles to go. Let this be known: I am no sissy.

I didn’t stop in Mercer Island. I’ve finished 5Ks all over Washington, in Richland, Spokane, Seattle and Prosser. I finished a 12K in Port Townsend, a 2-mile footrace in Richland and a 10k in Spokane.

So far, I have nine races under my belt and three races left: another 5K, a 10-mile race and the doozie that started all of this – the Seattle Half Marathon.

Here’s the deal: I’m not so sure I like running. I like finishing. I like writing on Facebook that I finished. I like that my lungs are finally cooperating and that I feel stronger than I have in a very long time. I like that my asthma isn’t winning. I’m no longer the weak girl in junior high with a bad habit of keeling over during exercise. I will continue to run after this year is out. I still have T-shirts and race numbers to collect.

For the record, my torn calf feels fantastic. The broken heart feels better, too.

I learned a lot about myself this year. Not only can I run without having an asthma attack, I now know running won’t kill me. I’ve run through pain, through exhaustion, in the dark. Mostly, I’ve run alone — and I’m good with that.

I’ve learned there are many, many runners out there. We’ve got SparkPeople groups, social networking sites, specialty clothing, bumper stickers and unique ID tags. I learned that, while running, I cheer myself on using my last name. “C’mon, Stover, you can do better than that.”