Tens of thousands of acres burn around Spokane on Sunday and Monday; plus, DOJ weighs in on concerns over bail system 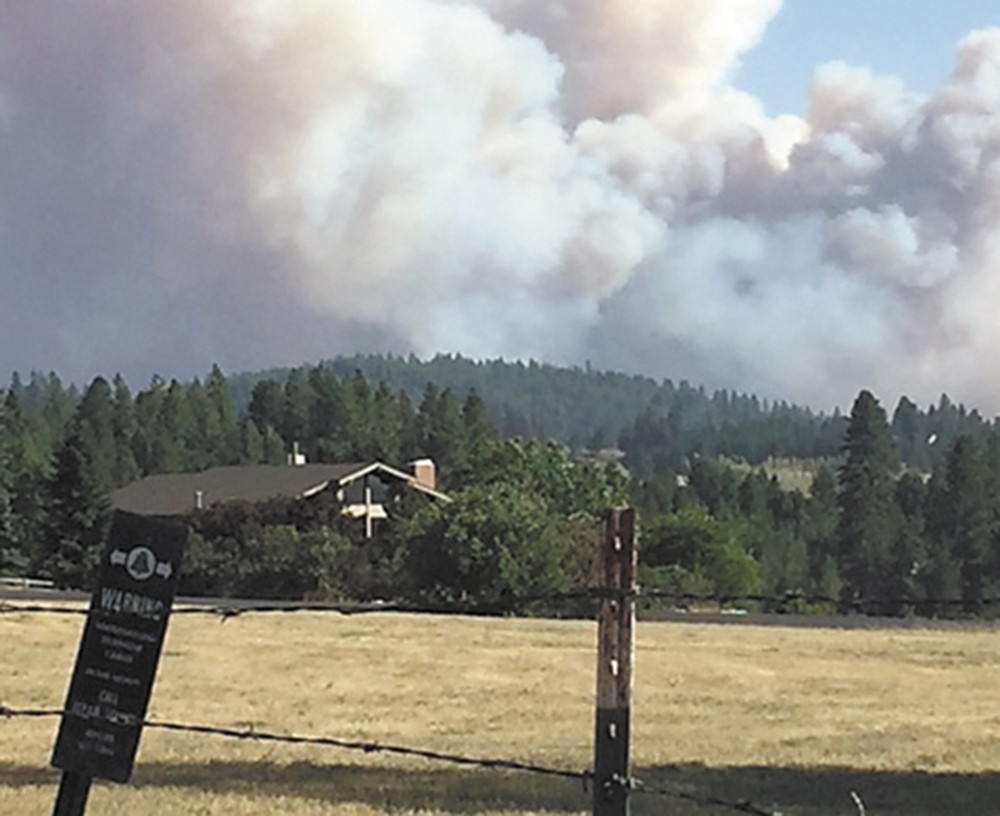 Multiple WILDFIRES roared throughout the Spokane area and Eastern Washington starting Sunday and continuing through Monday, destroying scores of homes and buildings, torching tens of thousands of acres and forcing evacuations.

The Yale Road Fire, south of Spokane just outside Spangle, was sparked Sunday by a downed power line. At least 4,000 acres burned and 10 homes and other structures were destroyed.

The Federal Emergency Management Agency authorized funding to pay for up to 75 percent of state firefighting costs.

A third blaze along Hart Road, west of Spokane, forced the evacuation of the entire town of Wellpinit as it swelled to 10,000 acres Sunday night. Eleven homes and buildings along Hart Road, Teel Hill Road and Cayuse Cove were destroyed, according to the Lincoln County Sheriff's Office. An additional 13 homes were lost and 30 structures threatened on the Spokane Indian Reservation, according to a tribal spokesperson, after the flames jumped the Spokane River.

Powerful winds fueled by a cold front, a wall of cooler air, contributed to conditions that sparked this week's wildfires. These type of conditions — high winds, a drop in temperature and no rain — are typical of August weather in the Inland Northwest. Similar conditions contributed to "The Big Burn" in August of 1910 — a blaze that consumed upward of 3 million acres across Washington, North Idaho and Montana; 87 people were killed in those fires.

So far, no injuries have been reported in this week's wildfires, though air quality in Spokane Tuesday morning was unsafe. (MITCH RYALS)

Whether or not a person is held in jail before trial often depends on one thing: money. But that could change.

Late last week, the U.S. DEPARTMENT OF JUSTICE argued in a court brief that holding indigent defendants in jail before trial without considering their ability to afford bail is unconstitutional.

The case, in front of a U.S. Circuit Court of Appeals in Georgia, involves a mentally ill man held in a local jail for six days and denied his medication when he was not able to afford the $160 in fixed cash bail that would have secured his release. The man, Maurice Walker, was charged with being drunk in public.

The Justice Department argued in its brief that court systems which impose bail without considering a defendant's ability to pay violate the 14th Amendment's equal protection clause.

"Bail practices that do not account for indigence result in the unnecessary incarceration of numerous individuals who are presumed innocent," the Justice Department writes.

The Georgia case marks the first time the DOJ has criticized the bail system in a federal appeals court and follows the agency's stance against the private prison industry.

The Inlander wrote about this issue last September in a story profiling a homeless man charged with drug possession. Just $50 would have secured his release. Instead, he spent 11 days in jail on the taxpayer's dime.

Locally, the Spokane Regional Law and Justice Council is working to improve pretrial detainment. One such effort would implement an assessment tool that would give judges more information when setting a defendant's bail. (MITCH RYALS)