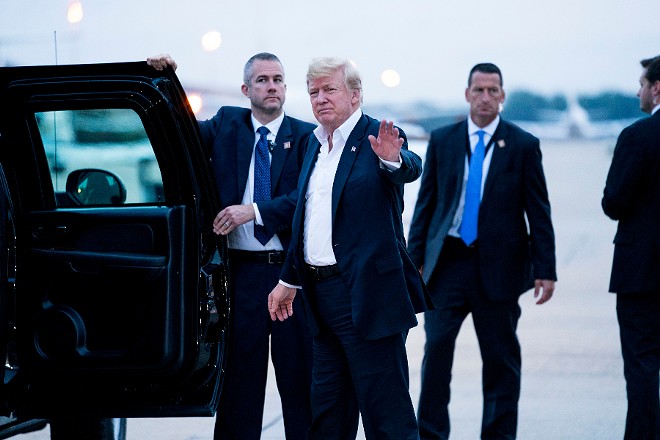 HOUSTON — Facing a legal deadline to return young migrant children separated from their parents at the border, federal officials on Tuesday said that they had reunited four families, with an additional 34 reunions scheduled before the end of the day.

The relatively slow pace of unwinding the Trump administration’s family separation policy fell short of an original court order, which had directed that all children under age 5 — a total of 102, by the government’s latest count — be returned to their families by Tuesday.

Chris Meekins, a senior official in the Department of Health and Human Services, pointed to safety concerns to explain the delay and insisted that the reunifications could not be rushed.

“Our process may not be as quick as some might like but there is no question that it is protecting children,” Meekins, the chief of staff of the Office of the Assistant Secretary for Preparedness and Response, said in a conference call with reporters.

In some cases, he said, “If we had just reunited kids with the adults, we would be putting them in the care of a rapist, a kidnapper, a child abuser, and someone who was charged with murder in their home nation.”

In all cases, the authorities said, reunited families were being released from custody and equipped with ankle monitors to make sure they appeared at scheduled court hearings on their immigration cases.

Judge Dana M. Sabraw of the U.S. District Court in San Diego had set a deadline of Tuesday for the youngest children to be returned, but government lawyers said Monday that of the 102 such children now in government custody, the authorities had been able to identify, locate and vet the parents of only 54.

At a status conference Tuesday, Sabraw was largely satisfied with the government’s progress but urged it to move more quickly in some cases.

On Tuesday, Trump weighed in on the pending reunions, claimed Democrats want “open borders” and defended ICE. Trump made the remarks before boarding Marine One on the South Lawn of the White House. He was asked by reporters for his reaction to officials missing the court-ordered deadline for reunions.