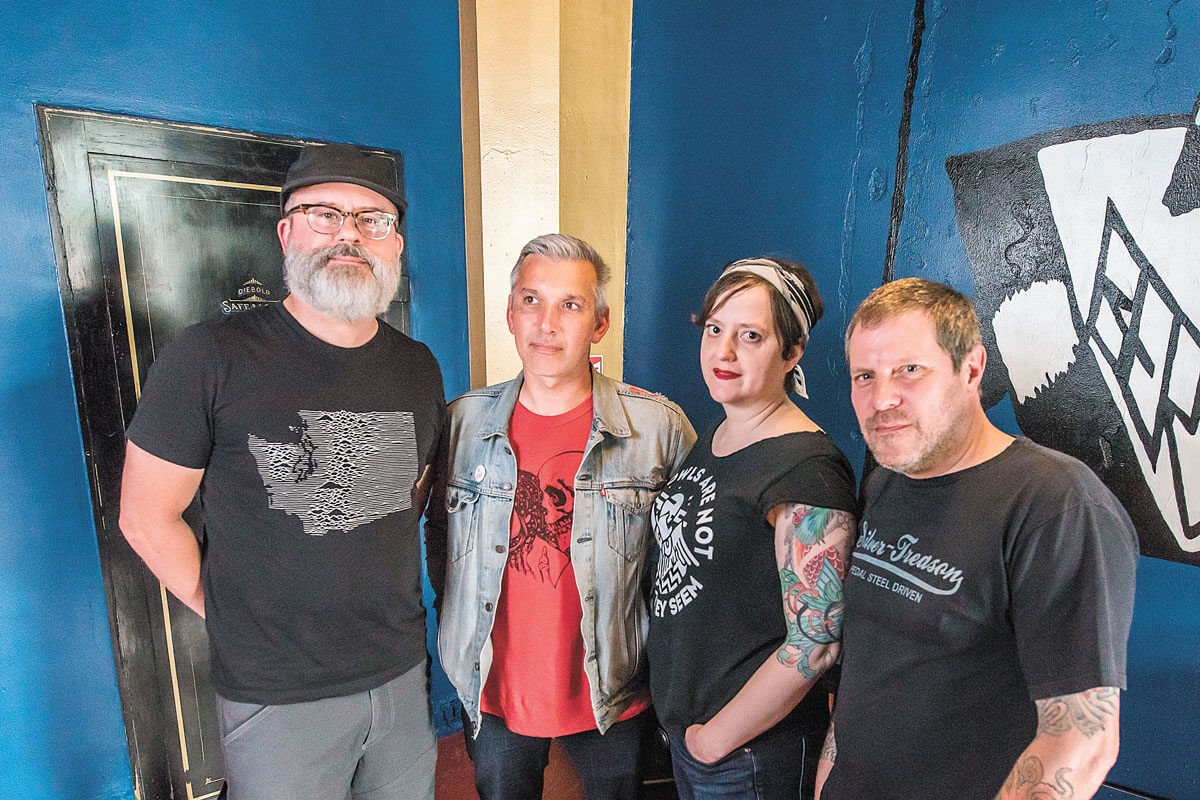 March seems like an eternity ago, but it's when bars, taprooms, nightclubs and music venues first started shutting their doors as COVID-19 became a regular presence in our daily lives. Five months later, and most of those businesses are still closed, and with no concrete reopening plans on the horizon. The businesses that have opened their doors again, meanwhile, have had to limit their capacities, put up extra precautions and rely primarily on to-go service.

The downtown nightlife spot Berserk has had the stools up on the bar since the end of March. Because Berserk operates under a nightclub license, the place won't be able to legally reopen and allow customers until the city moves into Phase 4 of reopening.

Beth McRae, one of Berserk's four owners, knows that could be months from now. She says she misses the daily operations of the bar, but preventing patrons from congregating in the middle of a pandemic is the right thing to do. Basically, they have to stay closed if they ever want to reopen again.

"I think we're all OK with that scenario," McRae says. "When people go out and drink, they lose their inhibitions. We're all guilty of it. And that's probably not the best thing for stopping the spread of a virus. We want to do what we can do to help people stay safe, but not perpetuate the problem."

In the past, Berserk has regularly hosted live shows, DJ nights, fundraisers and pinball tournaments. None of those events are happening now, obviously, but the space hasn't been totally empty since March: Near the beginning of the pandemic, Berserk's refrigerators were used to store meals for Volunteers of America and it was later used as a safe space for protestors that had been tear gassed at May's Black Lives Matter protests.

The Sprague beer hub Community Pint, meanwhile, is one of several local tap houses that's still slinging suds, albeit with safety measures in place. Right now, the shop is only open for a few hours a day, and all of their sales are to-go — you can grab a couple bottles from their fridge, or get a growler filled. They've also added plexiglass barriers between the register and the customers, and masks are required.

"And we're bleaching everything, all the time," Community Pint owner TJ Wallin says.

The business operates under a tavern license, and Wallin says he briefly considered adding an appetizer menu so he could then apply for a restaurant license, which would allow Community Pint to be open for in-house service again. Wallin also says he thought about opening the patio for customers, but it only seats a handful of people anyway. So neither of those scenarios is likely to happen any time soon, and the grab-and-go model seems to be working for now, even if the margins aren't spectacular.

"But we're very grateful for the support we're getting, and that we've been able to stay open," Wallin says. "We're not in danger of going anywhere. Our fixed costs are lower than a lot of businesses out there."

At Community Pint, most of Wallin's customer base is made up of regulars, who normally stop by for a beer on their way home from work, or who come in weekly to stock up their beer fridges. Some of those customers have stopped coming by the shop, Wallin says, but others are still familiar faces.

"At least I get a few seconds with them," Wallin says. "It's not the business I wanted to have — I wanted people to be sitting down together. But we've created new behavior in our economy because of dire needs."

Similarly, Berserk's clientele was primarily made up of folks who hung out there multiple times a week, and many of them were bartenders and cooks themselves. It's been difficult, McRae says, seeing so many of her regular customers struggle to find work right now, and it's even more difficult that she can't see them because of social distancing.

"The more we socialize in an irresponsible manner, the longer until our bar can open," she says. "We're choosing to take the path of still hunkering down, still doing the best we can, but I do realize there are people out there that are such extroverts, not having social interaction is very difficult for them."

Many of those regular customers have become good friends in the two years since Berserk opened, and McRae gets choked up as she talks about them. Not being able to hang out with them is easily the hardest part of being closed, she says.

"Knowing that a lot of them are struggling right now being quarantined, or having anxiety and depression, and knowing you can't just go hug them — it's pretty emotional," she says. "There are some genuinely wonderful people in the downtown bar community, and knowing they're suffering, and not being able to be there for them — that blows." ♦

The original print version of this article was headlined "Quiet Nights"

Hurray For the Riff Raff, Atari Ferrari @ Lucky You Lounge