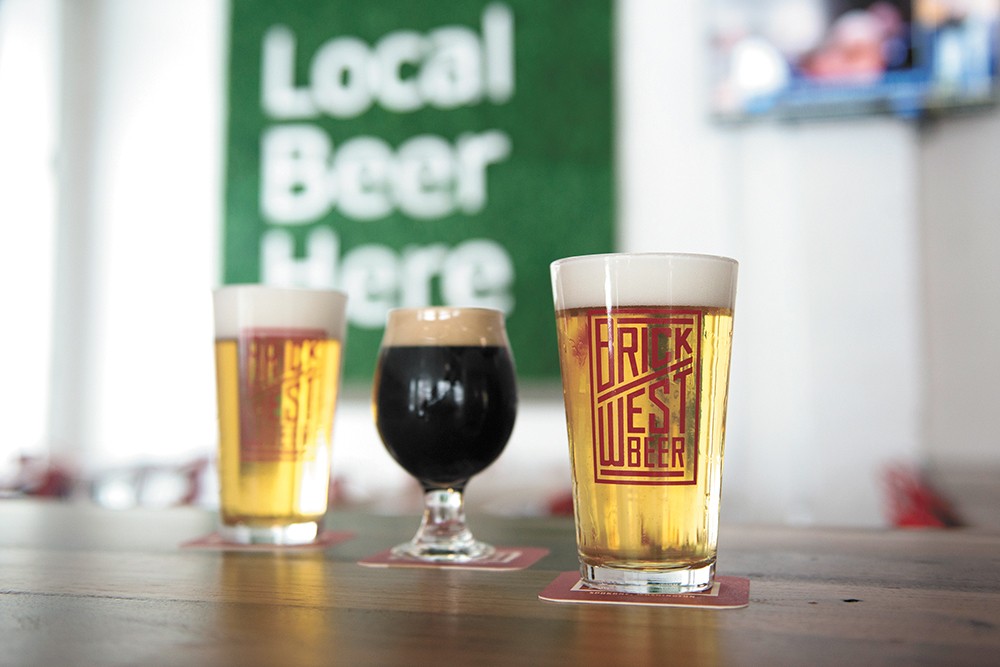 Derek Harrison photo
Brick West Brewing is delivering some of the best lagers in town.

The days of a $2 pint might be behind us, but there's still the occasional brewery slinging to-go beer for cheap. Here are five of the best deals we could find in the Inland Northwest:

Brick West Brewing Co.
1318 W. First Ave.
The downtown brewery charges $8 for a 32-ounce crowler of most beers on tap. It opened earlier this year, but it's brewing some of the best lagers throughout the region — making the Ladder #4 German Helles well worth a visit.

Tricksters Brewing
3850 N. Schreiber Way, Coeur d'Alene
Tricksters' J-Box IPA has become a regional favorite over the years, and at $8 for a 32-ounce glass grunt fill, it's also one of the cheapest IPAs in the region.

River City Brewing
121 S. Cedar St.
The Midnight Marmot comes in a 22-ounce bottle for $7.50, making it the smallest amount of beer to appear on this list. But at 8.7 percent ABV, it makes up for what it lacks in volume. It tastes like an alcoholic mocha, so no judgment if you crack one open with breakfast.

TTs Old Iron Brewery
4110 S. Bowdish Rd., Spokane Valley
The $6, 32-ounce crowler of the single malt and single hop El Dorado Pale Ale is a current special at TTs Old Iron Brewery & BBQ, but it's the type of deal the brewery frequently has. This beer is extremely crushable and well worth the price.

No-Li Brewhouse
1003 E. Trent Ave. #170
At the No-Li Brewhouse pub in the Logan neighborhood, most beers are always $8 for a 64-ounce growler fill — it even comes with a complimentary glass growler. It's hands down the best deal in town. We'd recommend settling down with four pints of the juicy Red, White & Hazy IPA. ♦

The original print version of this article was headlined "PROST!"