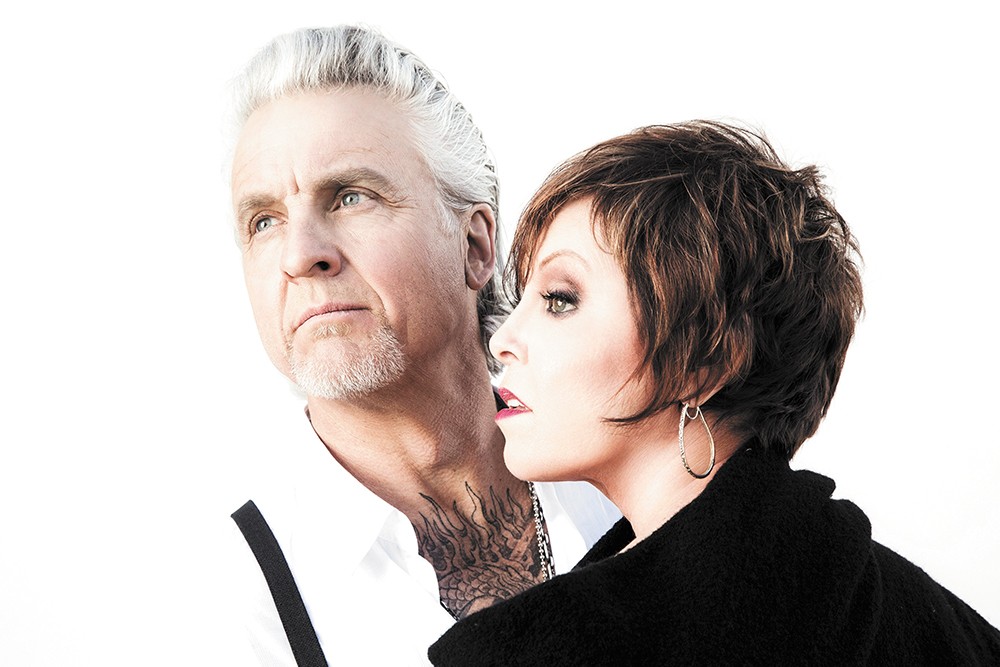 Pat Benatar and Neil Giraldo have long been a team on stage and off. Witness their chemistry at this weekend's Northern Quest show.

With Pat Benatar slated to headline Northern Quest Resort & Casino Sunday night, alongside guitarist/husband Neil Giraldo and opener Melissa Etheridge as part of Benatar's "40th Anniversary Tour" (a nod to her 1979 breakthough with the In the Heat of the Night album), we look back at what makes her one of modern music's trailblazers.

No Benatar, No MTV

OK, that might be a bit overdramatic. But while trivia nerds probably know the first video played on MTV was the Buggles' "Video Killed the Radio Star," few likely recall the second was Benatar's "You Better Run," a pop-rock gem that still rips. Like many videos of the early '80s, it was a basic performance clip, just Benatar and her band playing in a seemingly abandoned warehouse. Benatar was already an arena-filling attraction before MTV came along, so the performance clip suited her. And the fact that she was one of the few established artists to immediately embrace making videos meant Benatar was omnipresent in MTV's early years. The video helped propel Benatar's Crimes of Passion album to platinum sales, and landed her and Giraldo on the cover of Rolling Stone.

"I know. Wait, there are three girls here at Ridgemont that have cultivated the Pat Benatar look."

Benatar's popularity in the early '80s was enshrined for the ages by this early exchange in teen-movie classic Fast Times at Ridgemont High (1982), as Jennifer Jason Leigh and Phoebe Cates chat in the school cafeteria. The look adopted by their peers — short hair, tights, baggy sweaters, headbands, leg warmers(!) — was seen over and over again in Benatar's early videos. It would be another couple of years before Madonna and Cyndi Lauper came along to inspire more questionable fashion choices in America's teen music fans.

Even as her sound evolved from guitar-rock in the late '70s and early '80s to a more pop-oriented approach later on in hit songs like "We Belong" and underappreciated "La Bel Age," Benatar remained a loud voice for women in the industry. In an interview promoting her 2010 autobiography Between a Heart and a Rock Place, she said, "I wasn't a visionary, but I literally had my finger on the pulse of the women of America."

"Sex as a Weapon"

One of Benatar's biggest hits, 1983's "Love Is a Battlefield," came accompanied with one of the MTV era's most cringeworthy videos. Why cringeworthy? Start with the then 30-year-old Benatar playing a teen runaway forced to become, as Tina Turner would say, "a dancer for money," and then watch Benatar "dance" through the Broadway-style choreography so prevalent in videos at the time thanks to Michael Jackson's "Beat It." Yeesh.

A mere two years later, Benatar's video for "Sex as a Weapon" gave MTV one of its earliest uses of music video as cultural criticism, as the singer lambastes advertisers for relying on scantily clad women to sell everything from beer to toothpaste. The music industry is a target, too, as Benatar even pokes fun at one of her own early, sexualized publicity photos. The song only reached No. 28 on the charts, but the video is still appealing as a time capsule of the '80s, and a rare overtly political statement from this pioneering female rocker.

Benatar would have never made the impact she did without a voice that is both powerful and supple. In a career that's seen her bounce between hard rock, pop, jazz and blues, she's needed that kind of pliable instrument at her disposal. Three years ago when she played Northern Quest, also with Melissa Etheridge, it was clear that age hasn't really caused her to lose anything. She and Giraldo told a lot of stories, and they played a ton of hits that helped define an era in American rock music. Expect the same this time around. ♦