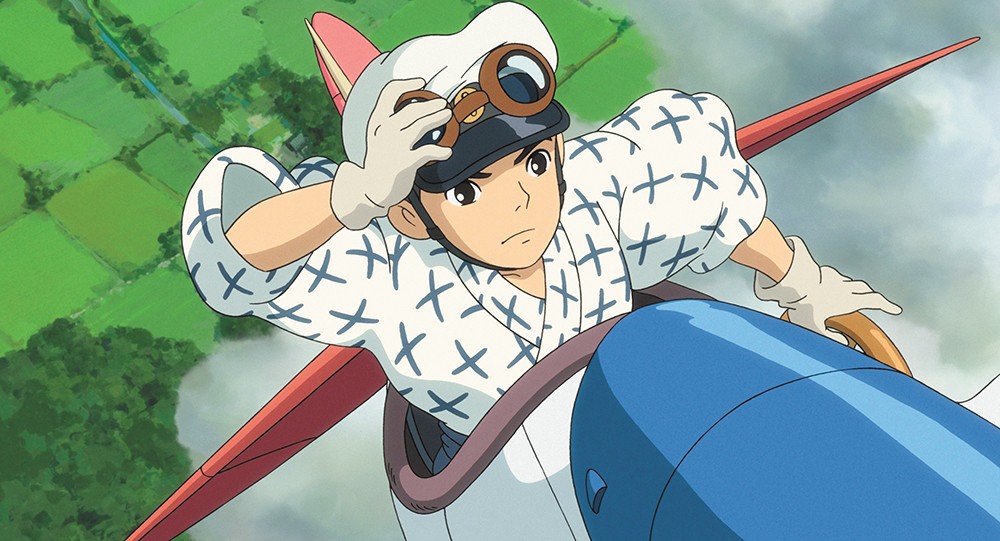 Anime takes to the sky in The Wind Rises.

If you want to be a fair, reliable film critic, you've got to go in each time, mind open, past prejudices forgotten, ready to approach each film as a new experience. But I have to confess — that was hard to do for revered director Hayao Miyazaki's last film (he's retiring), The Wind Rises. Having now sat through five anime features, I am comfortable in admitting that I don't like anime. The drawing style is too simplistic, the faces show very little expression, the stories are convoluted, and the films often go on far too long.

The Wind Rises is guilty on all counts, yet I found myself wrapped up in it, sometimes fascinated by small details such as the rendering of cigarette smoke and sunlight sparkling on bodies of water, sometimes disconcerted — yet still fascinated — at how the film freely jumps around in time and space, leaving viewers to figure out when and where things are happening.

There's no problem in the film's early moments: Jiro Horikoshi is a young boy who dreams of flying, realizes that his eyesight is too poor to become a pilot, and after a series of imaginary conversations with Italian plane designer Giovanni Caproni (Jiro has a very vivid imagination), opts for a career of designing planes rather than flying them.

The film's muted pastels are nicely balanced by a far brighter color palette in its many fantasy scenes. One of the coolest elements is that when Jiro seems to drift off into yet another dreamy sequence of meeting up with his idol Caproni, usually soaring through the skies while both are standing atop an outrageous-looking triplane, it's near impossible to know whether it's Jiro's dream with Caproni in it or Caproni's dream with Jiro in it.

The Wind Rises works on some levels as a biopic. Jiro Horikoshi and Giovanni Caproni were airplane designers nearly a century ago. It's revealed late in the film that the events are taking place in the 1920s and '30s. According to the script, Caproni built warplanes but longed to build passenger planes. Jiro, eventually landing a job designing planes at Mitsubishi, also had pacifist leanings: Told that one of his planes was too heavy, he suggested removing the guns.

But even with that antiwar message, history tells us that Jiro is the man who designed the Zero fighter plane, the aircraft that was used in the attack on Pearl Harbor. This turns out to be a film that's hard to follow, with a protagonist who's hard to root for. That Miyazaki complicates matters more by tossing in an unnecessary doomed romance angle makes enjoying it even more of a challenge.♦

The Wind Rises is not showing in any theaters in the area.