A Spokane Valley deputy trained to spot stoned and drunk drivers is wrong nearly as often as he is right, blood tests from drivers show

Jeff Ferguson
Jared Conger consented to having his car searched and blood drawn. No pot was found in either.

Seventeen-year-old Jared Conger's hands rattled on the bottom of his steering wheel as he waited for the deputy to return his license. He expected a speeding ticket, but hoped for a warning. He was confused when the deputy told him to get out of the car.

"Then you don't have a problem with some field sobriety tests, right?"

"I'm going to ask you again: How much marijuana did you smoke?" Conger remembers being asked as the deputy arrested him in July on suspicion of driving under the influence.

Turns out, Miller, a 15-year veteran trained in detecting potheads and drunks on the road, was wrong. The blood test would find no pot or other intoxicants in Conger's system.

Conger isn't the first person mistakenly caught in Miller's crosshairs. From July 2013 until April of this year, Miller has requested 58 blood draws after DUI arrests. In 27 of those cases — or 46.5 percent — the toxicology tests either showed no THC at all or marijuana levels below the threshold at which the law presumes impairment (5 nanograms per milliliter), according to data compiled by the Spokane County Public Defender's Office.

For Conger and others like him arrested by Miller, a "drug recognition expert," a DUI arrest is a weighty financial and emotional burden. For those in law enforcement, Miller's success rate with blood draws is an example of the larger problem in the wake of marijuana legalization. In 2013, the Washington State Patrol reported an almost 25 percent increase in the number of pot-related driving arrests, yet there remains no reliable field test to determine if a person is too stoned to drive.

"People are getting arrested for something that has major consequences for them," says Andrea Crumpler, a Spokane County public defender who's represented clients arrested by Miller. "It costs them a great deal of money. There needs to be a way to ensure that when he is arresting somebody, his statistics are higher. It can't be a flip of a coin. It can't be 'I think, therefore it is.'"

As a certified Drug Recognition Expert and field sobriety test instructor, Miller is trained to identify impaired drivers and the specific type of drug at play. Often, he uses the results of a roadside sobriety test and his "training and experience" to justify a warrant to draw blood. (To get a warrant, officers email judges, who typically respond within 30 to 40 minutes.)

"[Miller] should be fairly accurate in predicting what he would find in someone's system," says Tim Note, Conger's attorney. "In this case he said he smelled marijuana, and he was just wrong. What I suspect [in] the case is the officer thought he smelled marijuana and worked backward to find the evidence."

Miller tells the Inlander that his accuracy rate is actually much higher. In 82 percent of his marijuana DUI arrests, he says, he correctly identifies that there is THC in the person's system. The difference between his analysis and the analysis by the Public Defender's Office is the level of THC present.

"If you're affected at 3 nanograms, you're still DUI," Miller says. "There's no way for me to know what 5 nanograms looks like, so I go off impairment alone."

Someone can fall under the 5-nanogram threshold and still be charged with DUI, but Miller would need to demonstrate that, based on his observations, the person was too stoned to drive.

Drug Recognition Experts are trained in a 12-step evaluation that allows them to identify if a person is too impaired to drive, if that impairment is drug related or due to a medical condition and which drug or drugs other than alcohol are at play. Before they're certified, officers' evaluations must be corroborated by a toxicology report at a rate of 75 percent, but officers don't need to meet a corroboration standard once they're certified, says Lt. Rob Sharpe, an Impaired Driving Section Commander with the Washington State Patrol. The certification also qualifies them as experts during trials.

The evaluation includes interviews with the suspect, pulse checks and a dark room test where officers look for the pupils' reaction to changes in light. It also includes the Standardized Field Sobriety Tests, which are intended to gauge alcohol impairment. Those tests include the walk-and-turn, one-leg stand, horizontal-gaze test and what's called the Modified Romberg test, which requires suspects to lean their head back, close their eyes and count to 30. It's intended to test balance and gauge the person's internal clock. If a person counts too quickly, that could indicate cocaine or meth; too slow might mean narcotic analgesics such as heroin.

One problem with the 12-step DRE evaluation is that it must be done in a controlled environment, such as a police station or a hospital, which takes time and allows people to sober up. As a result, officers often simply rely on the standard field tests.

"These people, who ended up having nothing in their systems, are all having similar things said about them," says Crumpler, the public defender. "They have tremors, pupil dilation, the car smells [like marijuana], slow movements. I would just say that [standard field sobriety tests] aren't suited to detect marijuana intoxication on their own. You really need the full DRE."

Indeed, a 2012 study in the Journal of Psychopharmacology found sobriety tests for alcohol are not as effective at detecting marijuana intoxication. Only 30 percent of participants under the influence of THC failed the field sobriety test.

"It's a weird thing that Miller is allowed to say 'I've done this long enough that I know,'" Crumpler says. 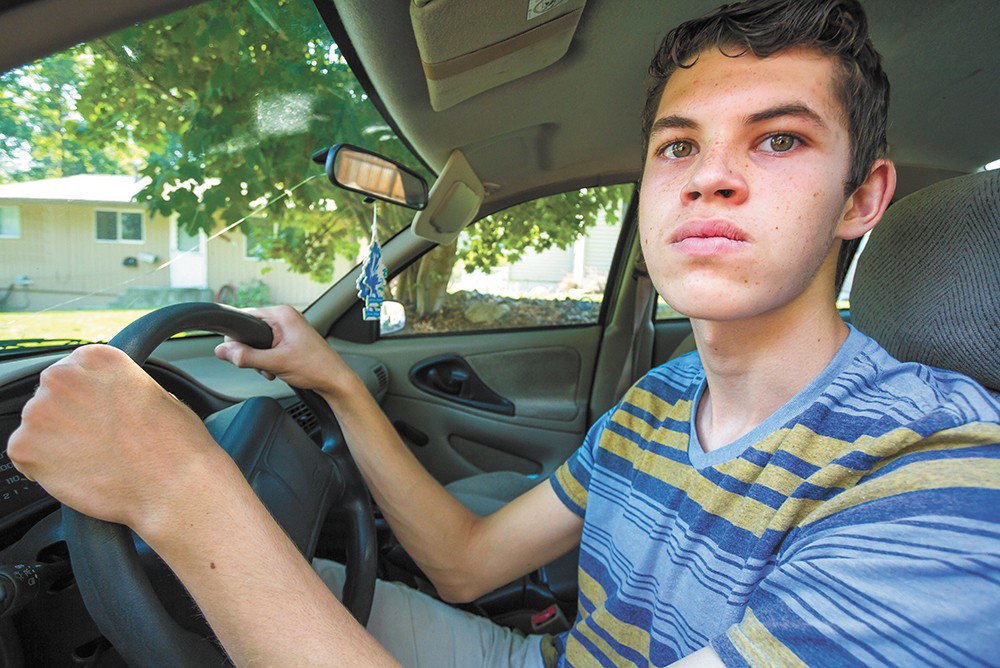 Jeff Ferguson
Jared Conger says the case has undermined his confidence in the police.

Law enforcement agencies have been grappling with how to enforce marijuana DUIs since its legalization in 2012. There is no quick and definitive field test for marijuana intoxication like the breath test for alcohol.

Herbert Hill, a Washington State University chemistry professor, is working with a graduate student to develop a marijuana breath test. Hill says the project is still a year away from making any definitive statements on the device's accuracy. Even then the device will have to undergo more studies before it's accepted as evidence in court.

"We're hoping to improve [the DRE officers'] accuracy with this instrument," he says.

Nicholas Lovrich, a Regents Emeritus professor at WSU, has been analyzing DUI arrest data from the Washington State Patrol for the past 10 years. Although his analysis is not yet published, Lovrich says the data shows it's very difficult for officers, regardless of training, to accurately identify if someone is impaired by marijuana.

"The science for alcohol intoxication is sound. There are lots of studies and cases," Lovrich says. "But we don't have a history of prosecutions of drugged driving with cannabis."

All together, Conger's bill for what turned out to be a speeding ticket is close to $1,000. His car was towed, which cost him $243, and anyone who gets a DUI in Washington state must pay $375 to set a hearing with the Department of Licensing to reinstate their license. Plus, there's the cost of a lawyer.

Conger says the whole situation has dampened his trust in police.

"All of this for the fact that you're tired at night or you have allergies, so your eyes are red," Crumpler says. "There's just too much at stake for people." ♦