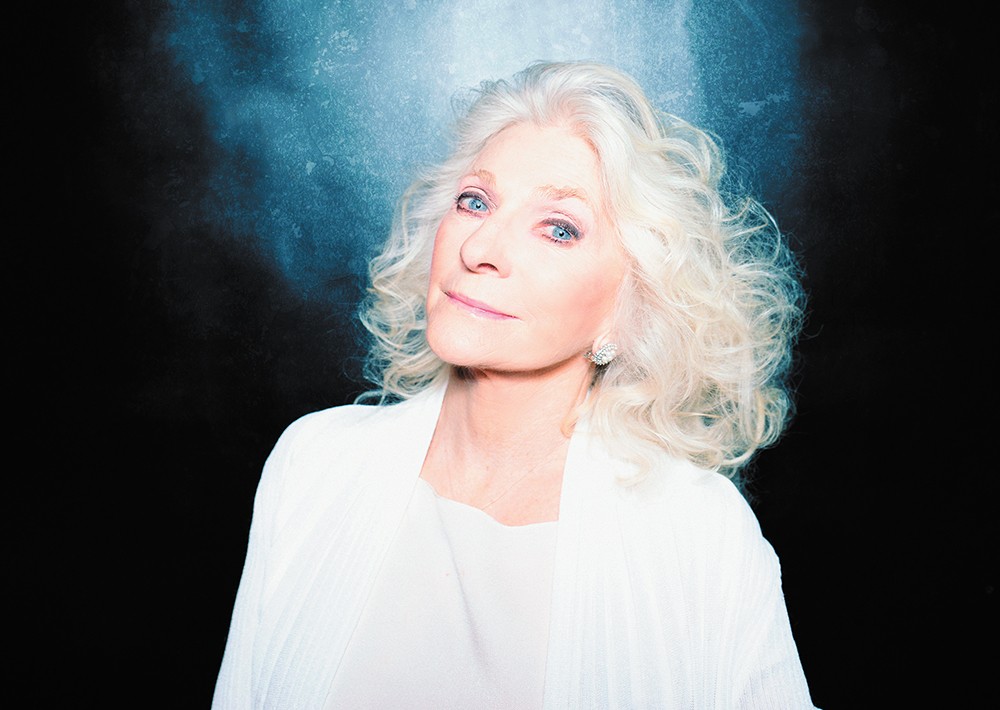 Judy Collins has performed with a who's who of iconic musicians through the years.

It's common practice in folk music for artists to record their own versions of the songs that influenced them,

which explains why there are countless covers of Bob Dylan's "Blowin' in the Wind" and Pete Seeger's "Turn! Turn! Turn!"

Judy Collins is one of the most successful artists to come out the fabled Greenwich Village folk scene of the 1960s, and with her ethereal vocal delivery, she took the work of other artists and put her own distinctive spin on already classic tunes.

But what was unusual about Collins was that she chose to record as many old folk standards as new material by songwriters who were still finding their voices, and her interpretations of compositions by Randy Newman, Gordon Lightfoot and Leonard Cohen gave those then-fledgling songwriters much-needed attention.

Her signature song is 1967's "Both Sides, Now," which was written by Joni Mitchell and became both women's first Top 10 hit. And she's tackled the songbooks of other great artists, including Lennon and McCartney, Dylan and Stephen Sondheim, whose showtune "Send in the Clowns" became a pop hit when Collins recorded it in 1975.

So how does Collins pick her material? Well, it's not exactly a science, and it's the same now as it was all those years ago.

While Collins is probably best known as a perceptive folk interpreter, she is a prolific songwriter herself (she says she still writes every day), and has explored multiple genres and styles in her nearly six-decade career.

"Folk music is not exclusive to what I do, since I've always been an interpretive artist," Collins tells the Inlander. "I think the folk music label entitles me to claim activism and songs of social protest, as well as self-written stories of my life and the occasional Pete Seeger song."

As a kid living in Seattle and Denver, Collins was exposed to art through her musician father, and she studied classical piano as a teenager. But when she heard the political songs of Woody Guthrie and Seeger, she knew her calling was in folk music.

"I grew up in an activist family, people who really thought you should speak out and try to change the world for the better," Collins says. "But it was the stories that got me, and I think that's essentially what folk music is. ... I write a lot of different kinds of songs, but many of them are stories."

She's bringing those stories to town this weekend, returning to Spokane following a 2015 stop. This time, however, Collins will be performing with the Spokane Symphony, and it'll be one of at least 100 performances for the singer this year.

On top of her solo shows, Collins has also been touring with fellow '60s icon Stephen Stills, with whom she has a long personal history: They dated for a short time in their twenties, and Collins was even immortalized in the title of the Crosby, Stills and Nash classic "Suite: Judy Blue Eyes."

"We've been friends for 50 years now," Collins says. "He says that's because we married other people, and that's probably true. It's turned out to be more fun than a barrel of, well, whatever you want."

One could argue that the 78-year-old Collins is as relevant now as she was when that classic Joni Mitchell composition won her a Grammy in 1969. Last year, Collins received her first Grammy nomination in 40 years for her 2016 album Silver Skies Blue, a collaboration with singer-songwriter Ari Hest, which she says is the longest gap between nominations in the awards' history.

Collins' upcoming Spokane gig promises to marry the lushness of a big symphony performance with the intimacy of a folk show. A concert hall might seem miles away from a 1960s New York coffee shop, but Collins says performing with orchestral backing gets her back to her classical roots.

"I'm as happy as a clam with an orchestra," Collins says. "It's me and the orchestra, and that's it. We're excited to bring out some songs we haven't done yet with an orchestra ... and we'll top it off with 'Send in the Clowns.' But there will be some other surprises." ♦