Idaho's "ag-gag" law tossed out; plus, the city of Spokane takes on Monsanto 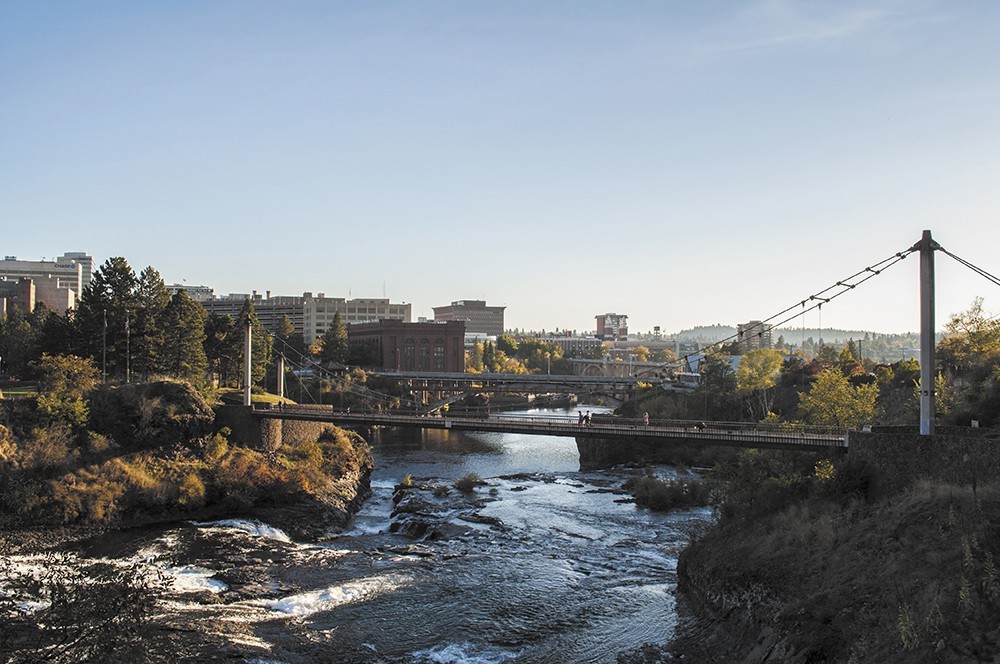 Spokane has sued Monsanto for selling agricultural chemicals that polluted the Spokane River.

When Mercy for Animals' undercover video exposed employees at Idaho's Dry Creek Dairy beating, kicking and jumping on cows, Idaho's legislature took action to make sure something so terrible would never happen again —the undercover journalism, that is.

One Idaho state senator, JIM PATRICK, compared such activists to roving bands of marauders, destroying crops to starve enemies. "This is clear back in the sixth century B.C.," Patrick said last year, according to the Associated Press. "This is the way you combat your enemies."

Patrick then pushed a bill that heavily fined — and even imprisoned — activists who snuck into the facilities to record the proceedings, or who lied or misrepresented themselves on jobs applications. It passed both houses and was signed by the governor.

What it didn't pass, however, was constitutional muster. On Monday, U.S. District Court Judge B. Lynn Winmill ruled that the so called "ag-gag" law violates the First Amendment, and since it singled out animal rights activists for special punishment, it violated the 14th Amendment as well. Winmill savaged the law as, absurdly, being designed to give more powerful, controversial industries more governmental protection. He noted how Upton Sinclair went undercover to write The Jungle, which brought reform to the meatpacking industry.

The city of Spokane has filed a lawsuit challenging the WORKER BILL OF RIGHTS initiative that's been approved for the November ballot.

The initiative is the latest from Envision Spokane (now operating under an offshoot called "Envision Worker Rights"), which has mounted two unsuccessful attempts to pass its Community Bill of Rights using the initiative process.

The Worker Bill of Rights would guarantee a living wage for most employees of larger companies, equal pay and the right to not be wrongfully terminated. It also contains a provision that would make "corporate powers subordinate to people's rights" and would limit the ability of corporations to legally challenge the Worker Bill of Rights.

It's this last provision that the lawsuit, filed Aug. 3 in Spokane Superior Court, takes issue with, arguing that it falls outside of what's allowable in the initiative process, conflicts with state and federal law and should keep the initiative off the ballot.

A statement from Mayor David Condon stresses his support for the initiative process and notes that Envision Worker Rights was advised by the city hearing examiner of the initiative's legal problems.

Kai Huschke, Envision Worker Rights campaign coordinator, insists the initiative is legal and says voters should be allowed their say. "By taking this action, the mayor is undermining the democratic rights of the people of Spokane in favor of corporate interests that oppose the measure," he says in a statement. (JAKE THOMAS)

The city of Spokane is suing the giant agrochemical corporation, MONSANTO, for allegedly selling chemicals the company knew were dangerous to humans and the environment, which now pollute the Spokane River, according to a complaint filed in U.S. District Court.

The chemicals, polychlorinated biphenyls (PCBs), have been found in the Spokane River's water, sediments and fish, the suit says, and have been known to play a role in causing cancer and damage to the immune, reproductive, nervous and endocrine systems. Although the complaint doesn't say how much money the city is seeking in damages, it does say that the city expects to spend more than $100 million to remove PCBs and prevent further contamination. That's in addition to past costs of removing the chemicals, as the city is legally obligated to do.

Listed as defendants in the suit are Monsanto, Solutia Inc. and Pharmacia LLC, which were spun off from the original company, Old Monsanto, in the 1990s.

In a written statement, Charla Lord, a spokeswoman for Monsanto, says the company is not liable for damages caused by the previous incarnation of the company.

Between 1935 and 1979, Monsanto was the only company producing PCBs, and the chemicals found in the Spokane River have been linked to the company, says Marlene Feist, a city spokeswoman. The chemicals were used in paint, caulking, coolants, hydraulic fluids, plasticizers, sealants, inks, lubricants and other items and then "leach, leak, off-gas and escape their intended applications" before seeping into the river via stormwater runoff, the lawsuit says. (MITCH RYALS)