For both patients and health care organizations in the Inland Northwest, cutting elective surgeries comes at a cost 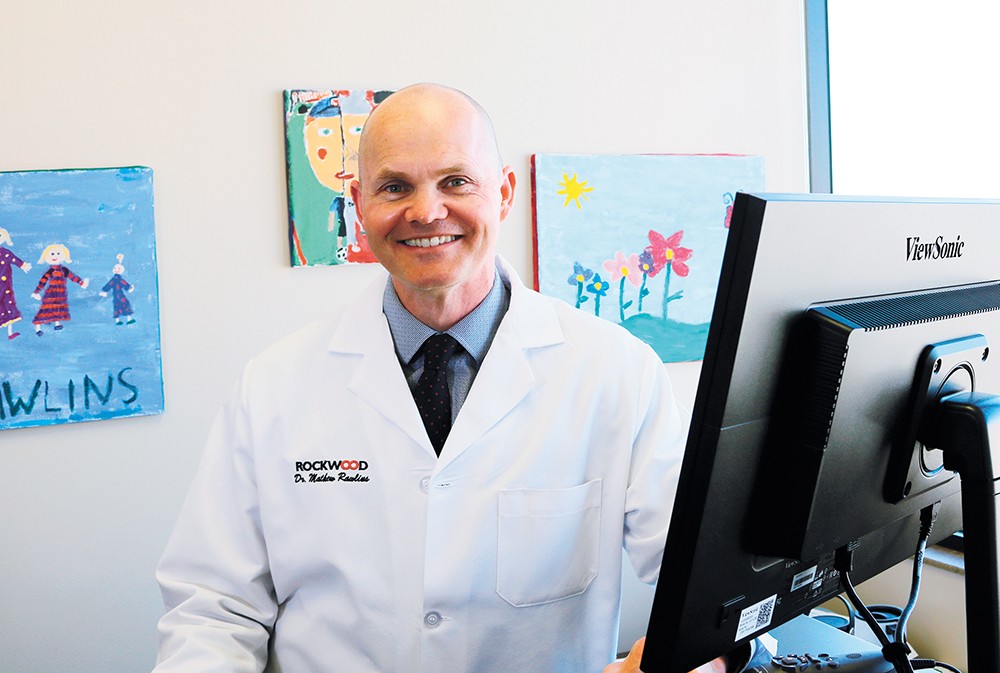 MultiCare photo
Dr. Mathew Rawlins says doctors need to consider that they're not just postponing surgeries to preserve equipment, but because patients might be at greater risk of getting COVID-19 if they're in the hospital.

Grosen, a gynecologic oncologist in Spokane, had a patient with a suspicious ovarian mass that could spread quickly if cancerous. She scheduled a surgery that would provide answers. But because the state halted non-urgent surgeries, Grosen told the patient the procedure would need to wait.

"I called and said, 'I'm sorry, they're canceling all surgeries for now,'" Grosen says. "I explained that this is something I have no control over."

As hospitals in the Inland Northwest prepare for increased COVID-19 hospitalizations, the ban on elective surgeries to preserve resources can leave doctors, patients and health care organizations in a difficult spot. Doctors must estimate whether delaying surgeries could lead to significant harm or death of a patient — a determination that isn't always easy. For patients, it often means they must wait indefinitely even as they experience chronic pain. And hospital systems, without these procedures, are going broke as they brace for an influx of patients.

Fortunately, Grosen was able to reschedule her patient's surgery. But local surgeons describe to the Inlander other procedures that have to wait: hip replacements, gallstone removals and, in some cases, cancer surgeries. And they wonder how long those surgeries can be put off before the backlog catches up with them.

"I think that's the biggest worry from our standpoint," says Dr. Stephen Pakkianathan, president of the Spokane County Medical Society, a membership organization for physicians. "There really isn't a good end in sight."

In the Providence Sacred Heart and Holy Family operating rooms, everything is being analyzed "through a military-style triage" during the pandemic, says Dr. Raymond Lance, a urologist for Spokane Urology.

Lance is part of an operating room committee for Providence tasked with making those decisions. And as an Iraq war veteran, he doesn't make the military analogy lightly. In Iraq he might have had several people who had kidney stones in significant pain. But in a mass casualty event, their surgery would have to wait. In this case, the mass casualty situation could be COVID-19 patients.

The decision to ration those supplies isn't the difficult part, he says.

"What's difficult is talking to people who are having to be put on hold and saying, 'I'm not exactly sure when I'm going to be able to do your case,'" Lance says.

Under last month's statewide order, all hospitals and surgery centers must cancel all elective procedures, unless doing so would "cause harm to the patient within the next three months." In a statement, a Providence spokesperson says any patient's surgery that is delayed will take place "as soon as possible" to ensure the "safety of our patients and our frontline caregivers." Each case, Providence says, is carefully evaluated by a multidisciplinary team including surgeons and clinicians. And each decision is crucial: Any surgery done means the use of gloves, masks, gowns and sometimes ventilators — all of which are in short supply nationally.

Lance says Providence operating rooms are still doing cancer procedures, but he notes that "not all cancers are created equal." Prostate cancer, he says, might be able to wait more than, say, pancreatic cancer. But forcing a prostate cancer patient to wait can still impact them psychologically.

Other patients are in pain — Lance says patients with kidney stone disease or urinary tract disorders still might be "suffering day in and day out."

Bax, too, says it can be difficult telling patients their surgery doesn't make the cut. Patients who have gallstones causing pain, but not a bad infection, may be told they need to wait. He says physicians have "tremendous empathy" for patients in those situations.

"Anybody who has a problem that's uncomfortable wants it fixed and wants it fixed yesterday," Bax says. "There's only so many resources available for doing surgeries. If we take everybody who says 'this is really bothering me,' then we're going to run out of equipment."

MultiCare Deaconess is largely in the same boat. Dr. Mathew Rawlins, board chair for MultiCare Rockwood Clinic, says doctors need to consider that they're not just postponing surgeries to preserve equipment, but because patients might be at greater risk of getting COVID-19 if they're in the hospital. Rawlins does a fair amount of hernia surgeries, and he says some of those can wait for a while. Others can become emergent fast.

The major question right now, he says, is that nobody knows how long patients will be waiting. Things for the time being look OK in Spokane, which he says benefited by early actions taken by the state. The models he's seen show a peak in cases around mid-to-late April and hospitals able to handle increased COVID-19 hospitalizations.

But what if it's longer?

"To me, the most difficult thing is trying to decide what should be done now, and what can wait, and how long it can wait," Rawlins says. "Because we don't know how long we're going to be waiting."

He's not only worried about the surge of patients from COVID-19, but about the backlog of non-emergency patients who develop further problems and become emergent within a month or two.

"That's going to be the second surge, as far as I'm concerned," he says.

At Deaconess, Rawlins says surgeries have been cut down by about two-thirds. Financially, that's a problem for health care organizations.

"I think everybody in health care is going to be struggling tremendously from this," Rawlins says. "Surgery drives the financial performance of hospitals and health systems."

Providence tells the Inlander that the "overall financial impact to our hospital system is still unknown at this time." And Kootenai Health in Coeur d'Alene declined to comment for this story. But it's no secret that canceling procedures affects the bottom line. And rural hospitals have been hit particularly hard. Last week, Pullman Regional Hospital reduced pay for employees to buy some time before potentially having to shut down completely.

It's a "triple whammy," she says: Hospitals had to cancel procedures; they didn't have much cash on hand anyway; and outside of Seattle, hospitals mostly are not seeing a large volume of COVID-19 patients.

"The facilities are pretty empty," Barton True says. "They're having an influx in cost and a huge decline of revenue."

And if rural facilities shut down, that funnels more of the burden to urban centers to provide primary care, long-term care and emergency services. The federal stimulus package provides $100 billion for hospitals, but Barton True says nobody's quite sure how far that money will go. Rawlins, for one, says he's not an expert on the stimulus but thinks the medical industry "is going to need some major propping up by the government."

Soren Olson, a surgeon with Northwest Orthopaedic Specialists, says their group is doing maybe 10 percent to 20 percent of what they'd normally be doing. Employees have been laid off, and they don't know when things will turn around.

But that's not what matters right now, he says.

"What matters is how many people are going to die from [COVID-19]," Olson says. "Everything is trying to minimize fatalities."

As a trauma surgeon, he says his job may change when ICUs start seeing a surge in cases.

"I'll do whatever it takes. I'll take temperatures — you take the Hippocratic oath and say, 'I'll do what's right for the community,'" he says.

If it was only one hospital like Deaconess, Rawlins says, it could be buried and potentially closed down. But every hospital faces these financial challenges. And oddly, that makes it a bit easier to deal with.

"When it's happening to every hospital in the country," Rawlins says, "It's not so scary." ♦

The original print version of this article was headlined "Can It Wait?"