For fans of the Pokeverse, Detective Pikachu might be the best video game movie ever 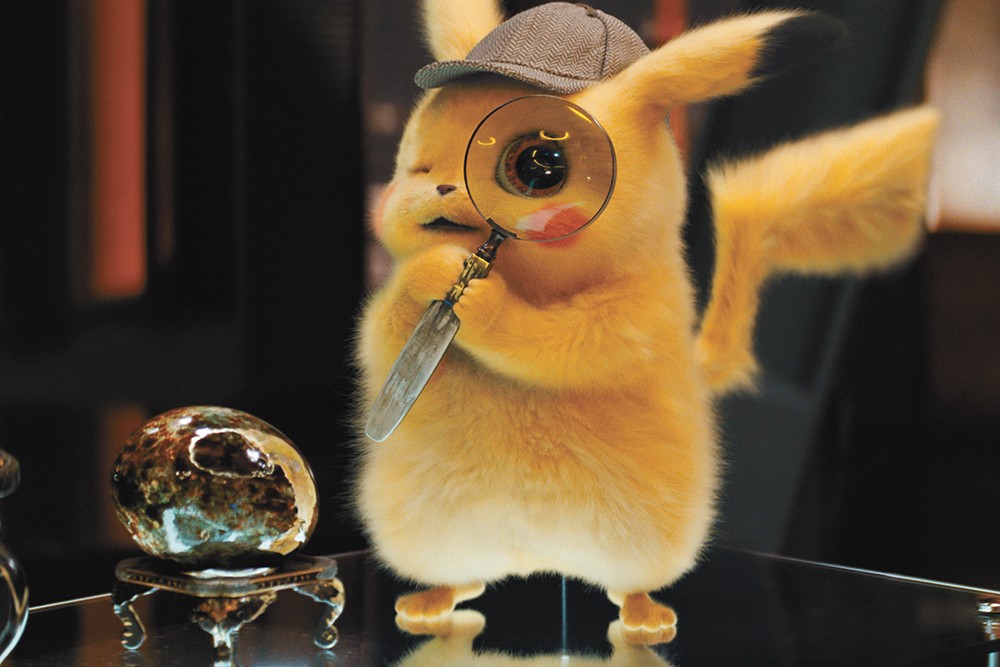 Awwwww. Even if you're not a certified Pokémaniac, you've gotta admit that Pikachu's pretty cute.

Pokémon Detective Pikachu is the best video-game-based movie of all time by orders of magnitude. Granted, the films it's competing against for that title comprise possibly the worst niche sub-genre in cinematic history. It's like saying you're the best surfer in Wyoming: The bar couldn't be lower.

That said, the Pokémon-stuffed world crafted by director Rob Letterman and his team of computer animators is a marvel that even nonfans of the wildly popular Nintendo series can get lost in.

The viewer's entry point into the Pokéverse is Tim Goodman (Justice Smith), a 20-something insurance agent who rejects having a companion Pokémon despite it being the societal norm. His world is shaken when news breaks that his father, a detective living in the distant Ryme City, died in a suspicious car crash. While Tim wasn't close to his father, he heads out to close that chapter of his life.

Things take a turn when a Pikachu shows up at his dad's apartment, and instead of just talking by saying its name (like all other Pokémon), Tim can actually understand what it's saying. It turns out that this Pikachu (voiced by Ryan Reynolds) was the companion Pokémon of Tim's father, and the furry yellow fellow believes that Tim's dad is still alive. Thus begins a madcap journey filled with comedy and conspiracy.

But, to be honest, the story is almost an afterthought to the vibrant world of Pokémon. It's amazing how the CGI Pokémon are rendered so perfectly. There's not a single creature among the hundreds depicted that look off or gross; each remains true to the designs of their 8-bit Game Boy origins. Transposed into a world like our own, there's a simple delight in the birds flying overhead being Pidgeys, or a Cubone hiding in a grass field. Ryme City is set up as a rarity in the Pokéverse, a place where Pokémon and humans live harmoniously — no battles, no trainers, no Pokéballs. In many ways, this makes Detective Pikachu to video games what Who Framed Roger Rabbit was to cartoons: It's set in a metropolis where the water-spitting Squirtles assist firemen and a massive Snorlax might just fall asleep on a city street.

Ryme City bustles with furry and feathered creatures and a futuristic sleekness that makes things feel like a fuzzy, PG-rated Blade Runner. Above all else, cuteness abounds in Detective Pikachu, but never cloyingly so. Have you ever seen a Pikachu strapped into a baby's seat, or a compassionate herd of Bulbasaurs? Well, you're about to, and I can't be held responsible for any involuntary muffled squeals of adorableness they will undoubtedly invoke.

For the most part, Detective Pikachu's storyline feels like a pretty standard pulp crime tale (complete with investigative reporter/love interest Kathryn Newton) that occasionally gets a bit sci-fi loopy. The script's strongest attribute is its comedic sensibility. It's amusing throughout, with Reynolds providing snappy observations and repartee with Tim, a few snuck-in blue jokes, some referential humor for the hardcore Pokéfans, a musical moment akin to the sad Team America theme, and the inherent comedy of Pokémon just walking around minding their own business.

More than anything, you can tell how much love and care Detective Pickachu's filmmaking team put into not screwing up their one chance to bring live action Pokémon to the big screen. Unlike so many video game adaptations, it's clear they understood what the masses love about these adorable little pocket monsters (a core sweetness), and how much fans would love to live in a world inhabited by them. And now they cinematically can. ♦

The original print version of this article was headlined "Catch It"

Pokémon Detective Pikachu is not showing in any theaters in the area.