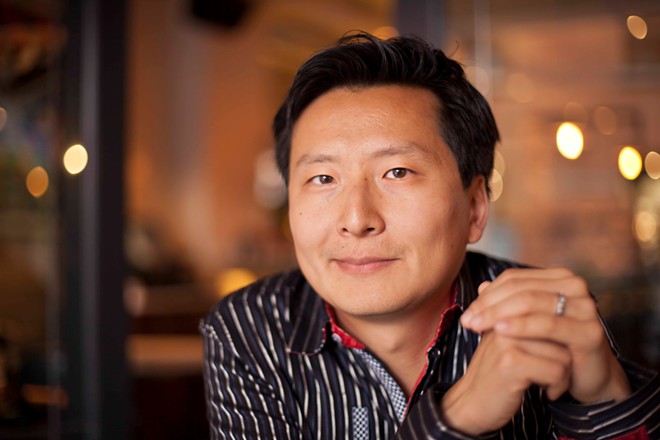 Spokane pianist Archie Chen survived a COVID scare to perform with the Spokane Symphony this weekend.

On Dec. 18, 1945, barely three months after the formal end of World War II, the Spokane Philharmonic Orchestra took the stage of the Masonic Temple Auditorium for the first concert in its inaugural season. Conductor Harold Paul Whelan raised his baton and led the 72 musicians in a performance of the overture to Christoph Gluck's Iphigeneia in Aulis. Drawing on the mythologized prelude to the Trojan War, Gluck's opera asks if the price of honor can ever be too great.

The philharmonic was the precursor of today's Spokane Symphony Orchestra, and Whelan, then a recent Spokane transplant, is credited as being the prime mover in its creation. For the next 17 years, he would work to guide the organization through some fairly rocky periods — including the one that resulted in the change to its current name in 1961.

During his research for The Sound of Spokane, a chronicle of the Spokane Symphony's origins and evolution, historian Jim Kershner encountered plenty of drama on a par with the ancient Greek epics.

"There were mutinies against conductors, there were strikes and various other labor conflicts," he says. One infamous incident in the 1980s relegated the orchestra to being the backing band to a kazoo novelty act. A smoldering showdown of wills played out onstage between musical director Donald Thulean and concertmaster Kelly Farris.

"But, on the other hand, there were all these really high moments. They did things that symphonies of this size usually don't get to do. They did world premieres by well-known composers, and some of the most famous names in classical music history have played with the symphony."

Rattling off like names like Itzhak Perlman, Ella Fitzgerald, Thomas Hampson and Claudio Arrau, Kershner makes special mention of Gunther Schuller, a titan of the jazz and classical music worlds, who led the Spokane Symphony in the aftermath of the Kazoophony debacle.

With its official 75th anniversary season derailed by the pandemic, the Spokane Symphony is belatedly celebrating that rich history in this weekend's Masterworks concert. Titled "The Genesis of the SSO," the first piece on the program is, fittingly, Gluck's Iphigeneia in Aulis overture.

"Seventy-six years ago, these are the very first notes that the audience would have heard from the Spokane Symphony," says Music Director James Lowe. "We simply had to open with that."

Aside from its symbolic value, one of the benefits of an archival program is that it gives lesser-known works a chance to step back into the spotlight.

"Tastes change. Composers come in and out of vogue. Iphigeneia in Aulis is not an unpopular opera, but this overture really has fallen out of favor a bit. Opera based on mythology always is a bit of a harder sell nowadays," Lowe says. "It's a piece I've never done before and never programmed before, so for me it's quite nice to reconnect with a work that I wouldn't have looked at otherwise."

The other three pieces on this Masterworks program come from a later concert in the symphony's debut season. Robert Schumann's piano concerto — his only work in that format — will be performed by Spokane's own Archie Chen. The guest soloist sees uncanny parallels between his life and that of the 19th-century Romantic composer, who suffered for the last part of his life from what is now assumed to be bipolar disorder.

"Schumann was married to a pianist, and it's the same thing for me with my wife, Rhona. We work together as a team, and she was with me during my illness with COVID when I was in the ICU for 10 days back in August and almost died. My wife has been there for me like Clara Schumann was for Robert," Chen says. Clara is honored in the concerto itself with a note progression that spells out her nickname.

Another work is George Frederick McKay's Suite on Fiddler's Themes. McKay was raised in Spokane in the early part of the 20th century and went on to enjoy a distinguished career in music, although he, like Gluck, found himself at times on the wrong side of fashion.

"There"s an entire treasure trove of music by McKay, and this orchestra performed a lot of it beginning with Whelan," Lowe says. "He's one of those unfortunate composers who spanned high modernism but never went down that route. He didn't really embrace the post-tonal. He wrote wonderful, fantastic music, and rediscovering that with [McKay's] son Fred has been a real joy."

The finale of this retrospective program is Dvoák's Symphony No. 8, a relatively brief work for its kind that still manages to encompass dramatic shifts in moods and musical motifs.

"The very opening starts with this rather melancholy tune in the cellos and horns, and then there's this birdsong in the flutes and suddenly it turns happy. It's a symphony that conceals its art incredibly well. It sounds almost like a parade of very nice tunes and beautiful moments, but it's structured really tight." ♦