Young Kwak photo
(left to right) Valley of the Shadow, Raspberry Cheesecake and Peaching to the Choir are on tap at For the Love of God Brewing. Below, | young kwak photos

Ever since he first started drinking craft beer, Steve Moss has been frustrated by inaccurate tasting notes.

It's a common pet peeve, he says, to open a can with bold flavors like "pineapple" or "mango" written on the side, only to find that the beer itself tastes nothing like that.

"It just makes you kind of scratch your head like, 'What were they drinking?'" Moss says.

That's not the case at For the Love of God Brewing, a craft brewery in northwest Spokane that Moss opened in 2019. The flavors there are strong and bold. Their Raspberry Cheesecake Sour actually tastes like raspberry cheesecake. And even if you didn't know the name beforehand, you'd instantly be able to identify the apricot cobbler flavors that burst from their Apricobb Sour.

"It's always been a focus of ours," Cobb says. "If we say it tastes like something, we want it to actually taste like that."

The brewery has options ranging from hazy IPAs to stouts, but Moss says the sours are generally the most popular. The sours are often pastry or fruit flavored, which gives them a taste comparable to a fruity cocktail or a cider. They appeal to everyone, Moss says, even people who don't generally like beer.

For the Love of God is especially known for its creative pastry sours. Moss frequently experiments with new, whimsical flavors like berry pie and lemon tart — one time he even made a Froot Loop flavored sour. ("It was actually super popular," Moss says, "but it was pretty sweet, and pretty Froot Loopy.")

Moss is the sole brewer at For the Love of God. He's also deeply passionate about beer. Moss first got interested in brewing about nine years ago, when a friend randomly invited him to try out his new homebrewing kit.

"I didn't even realize people could do that," Moss says. "I was like, 'Wait, you can just brew beer at home? That's weird.'" 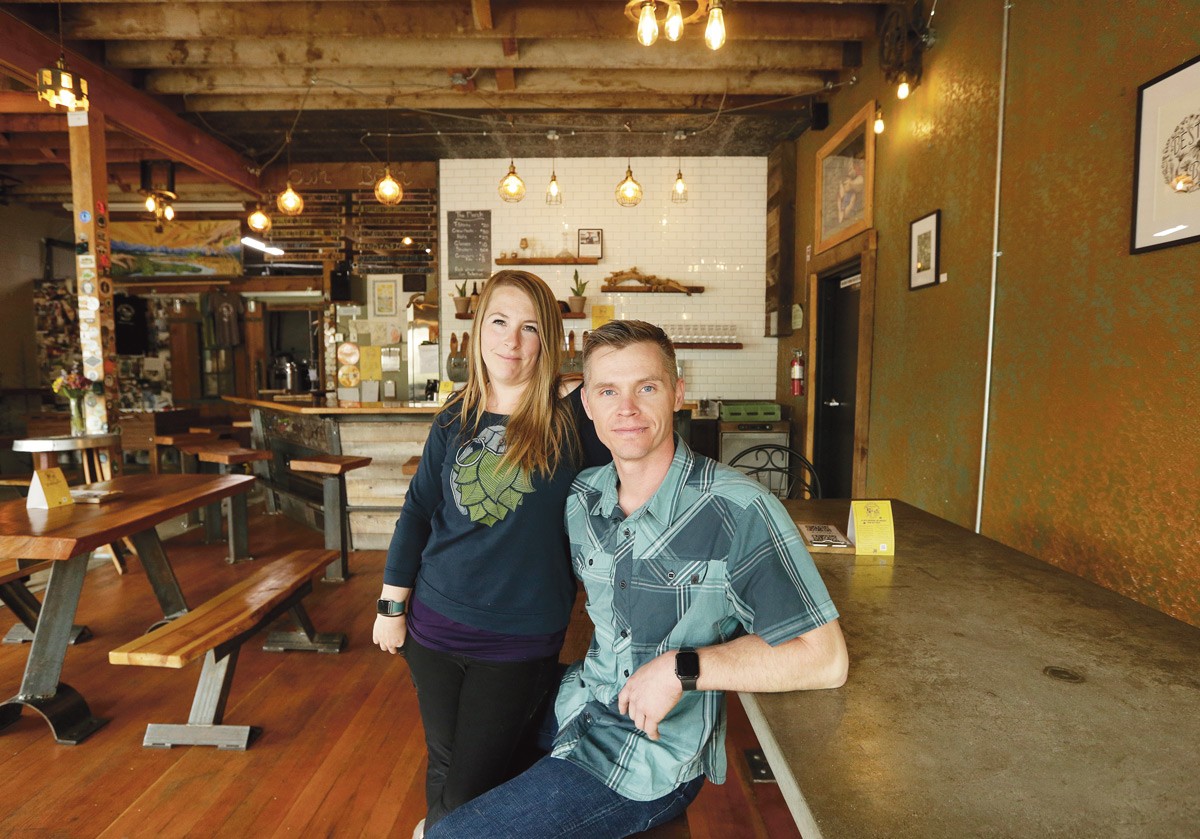 Young Kwak photo
Owners Dawn and Steve Moss created a brewery with a cozy atmosphere that celebrates their Audobon neighborhood.

After making a couple of batches with his friend, Moss bought his own homebrewing kit, and a hobby quickly turned into an obsession. After a few years, his whole basement had been taken over by brewing equipment, and he was producing so much he didn't know what to do with it. That's when it hit him: Why not just open his own brewery?

Moss was working in construction at the time. The pay was good, but he was feeling uninspired. In 2019, he decided to take the plunge and buy a property near Audubon Park in the Audubon-Downriver neighborhood. Moss and his wife had been living in the neighborhood for years, and he says it was important for them to find a place in the community.

The brewery was successful as soon as it opened. Moss was forced to scale back when COVID-19 hit just six months after opening, but the business was able to recover and has been steadily growing over the past year.

For the Love of God isn't a religious company, but the brewery is deeply informed by Moss' faith. The name itself is inspired by his religious upbringing, and the logo is meant to evoke the two outstretched hands depicted in Michelangelo's "The Creation of Adam." The hand on the right side of the logo — God's — holds a bushel of hops and wheat. Moss says he thinks of beer as a gift from above.

"God gave us these things, why wouldn't we use them?" Moss says. "Make something special with them and share it with others?"

Moss says he doesn't buy the old-school perspective of beer as a tool for partying and getting wasted. Instead, he views it as a deeply spiritual thing with great power to bring people together.

Young Kwak photo
Drawing on his prior work in construction, Steve Moss built the brewery's furniture.

That sense of community is evident in the design of For the Love of God. Moss says he intentionally avoided the industrial feel that many breweries have, instead opting for a cozy, communal atmosphere. He drew on his background in construction to design the interior and build the chairs and tables himself. They're made of rustic wood and repurposed metals, illuminated by warm hanging lights above. The taproom has games and puzzles. They also regularly host trivia nights and live music.

Moss is continuing to experiment with new, adventurous flavor combinations. The beer menu is constantly evolving and generally features a new beer every couple of weeks. For the Love of God currently has a small selection of appetizers, but Moss says they're looking at expanding to include a more substantial menu.

"I'm always searching for something different, something special," Moss says.