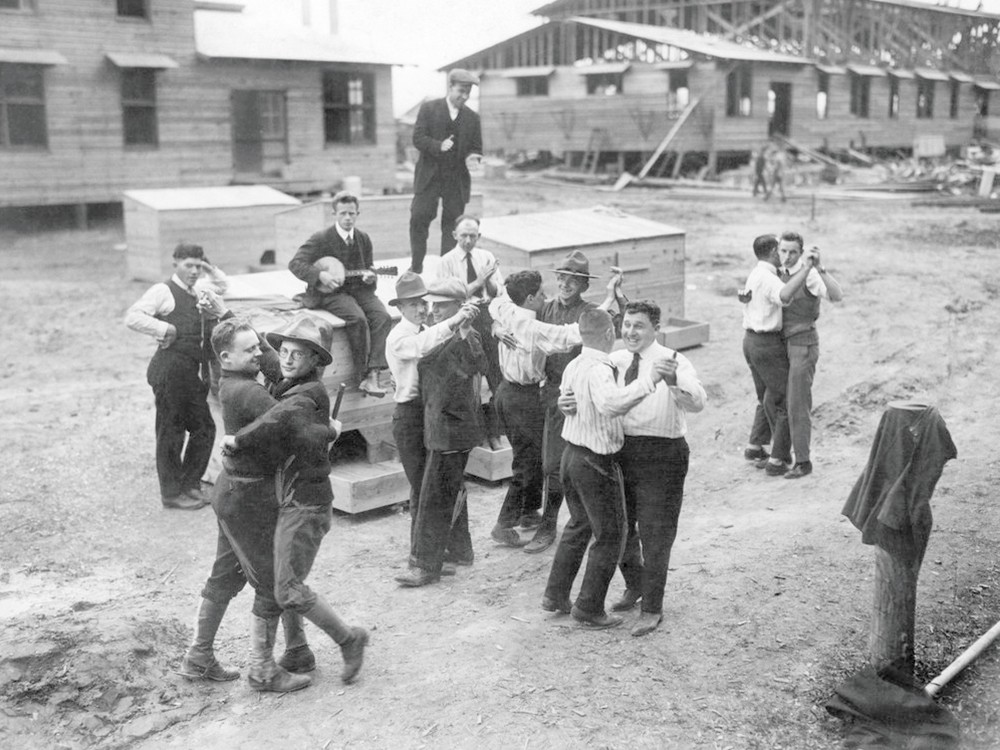 Somewhere at the New York Times there’s a room, or several, full of old photos — not on CDs or hard drives, but actual prints, negatives and contact sheets. Now the paper is sharing them with the world on The Lively Morgue (livelymorgue.tumblr.com). Keep scrolling for everything from the ’60s in Greenwich Village to the 1972 Olympic trials. They drop a few photos on the site each week and some are available for purchase. Look for more about each shot in the caption or on the Times’ “Lens” blog.

If you forgot Born Ruffians existed, we’ll forgive you. The Toronto band hasn’t released an album in almost three years. Now they’re back with a single in advance of their new record, due out in April. “With Hher Shadow” is a sweet and catchy single that sounds like Paul Simon could have been in the recording studio. It’s definitely a departure from the frenzied sounds we’ve heard from the band in the past, but it’ll stick with you. Find it on YouTube, Soundcloud or bornruffians.com.

If anyone’s ever going to call a liquor “sexy,” we’re putting our money on this one. El Que’s Orange-Cinnamon Infused Tequila is the star of its fantastic twist on the usually whiskey-based hot toddy. Then again, it’s also great for sipping: zesty without being overbearing or tasting like some melted-down version of candy (we’re looking at you, Fireball). It’s the perfect way to escape the fact that winter is happening outside. You’re welcome.

Zombies, witches and Adam Sandler: A rundown of the best and worst new horror films you can stream now
Top Stories