Finally somebody has rescued the banjo. What a cool instrument, right? And not just one band, but two with new records are pumping out the finger-pickin’ goodness — the Avett Brothers of North Carolina and Mumford & Sons of London. Mumford & Sons had me hooked with 2010’s Sigh No More, and their new record, Babel, is more of the same — high-energy songs they shout from the rooftops. British bands have been lifting our sounds for decades now, and Mumford & Sons seems to be channeling the high lonesome sounds of American bluegrass, but with an indie sensibility. And as the Stones did with the blues, they’re perfecting the sound in ways you never dreamed.

Spokane naturalist Jack Nisbet is out with the companion book to the amazing show he helped to curate at the Northwest Museum of Arts and Culture. David Douglas: A Naturalist at Work is a beautiful little volume that touches on that brief moment when our little corner of the world was still raw and undiscovered. Sourced from his own previous book The Collector, this one adds in page after page of beautiful artwork — maps, sketches from early visitors, photos of Indian artifacts. Douglas came to the Pacific Northwest to collect new species of plants, but he found so much more and recorded a world that was rapidly vanishing. Nisbet reminds us of that world. 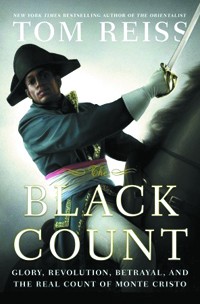 This book is filled with so many improbable anecdotes, you’ll think it must be the product of some novelist’s mind, like Alexandre Dumas’. In fact, Tom Reiss’ The Black Count details the factual basis of many of Dumas’ best works, like The Three Musketeers and The Count of Monte Cristo. French Gen. Alex Dumas (the novelist’s father) was the son of a ne’er-do-well French aristocrat and a Haitian slave woman. Amazingly, in pre-Revolutionary France, a mixed-race man could rise up and achieve great things, like ultimately leading Napoleon’s invasion of the Italian city-states. Sourced from newly released documents, it’s both a ripping adventure tale and a surprising insight to how deep our multi-cultural history really runs.