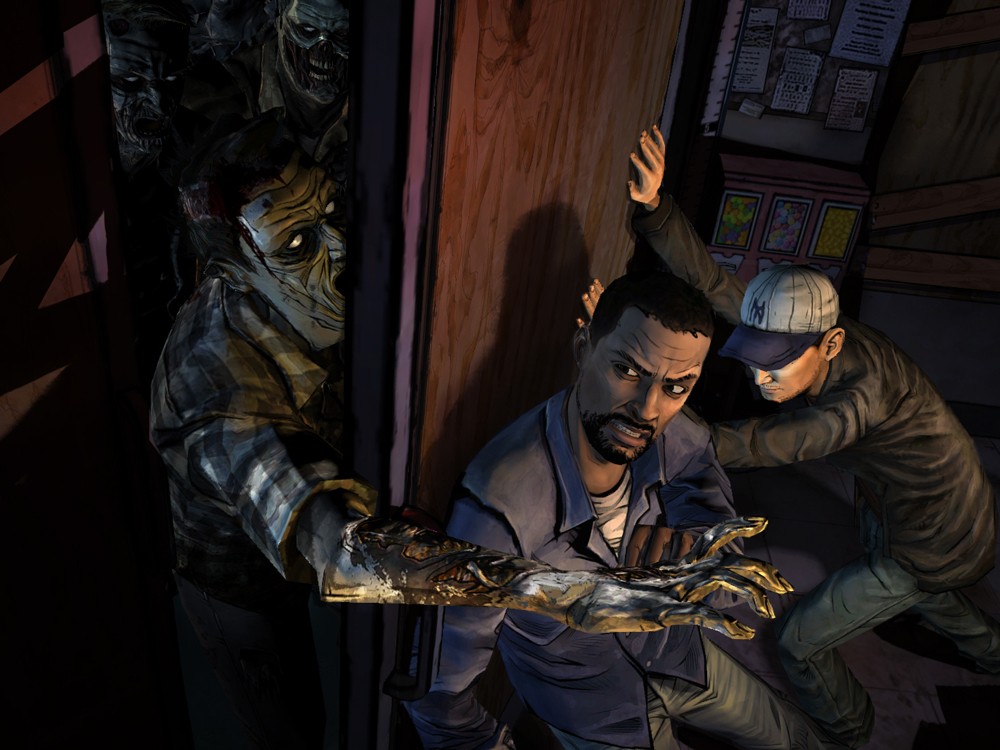 Videogames are great for action, suspense and blowing off faces, while television is great at creating strong characters, compelling character development and genuine emotion. Not so with the zombie-overrun world of The Walking Dead. The television show can pull off a nail-biting action scene, but whenever people start talking, the apocalypse gets awfully dull. You want great characters and heart-wrenching scenes? Pick up the videogame. An interactive story, not a shooter, your choices often decide which characters live and die. It’s the closest you’ll get to Super Sophie’s Choice 64.

Last year’s Top Chef: Texas experiment was widely seen as a failure, where the gimmickry overwhelmed the culinary. But now the competition’s come to our neck of the woods for Top Chef: Seattle, and in doing so, has a fresh look. The twists are still here — three veteran competitors suddenly return to square off with the noobies — but the focus is where it should be: the cooking.

Cell phone games don’t lend themselves to complicated controls or any sort of precision. So it’s a relief that Jetpack Joyride requires you to navigate a gleeful rocketeer past rotating electric zappers and incoming missiles with a simple tap anywhere on the screen. Prices for in-game upgrades are set frustratingly high, making gathering enough in-game cash for upgrades a bit of a slog. This is the monkey’s paw of modern gaming: free games, yes, but games intentionally handicapped to garner in-app purchases.