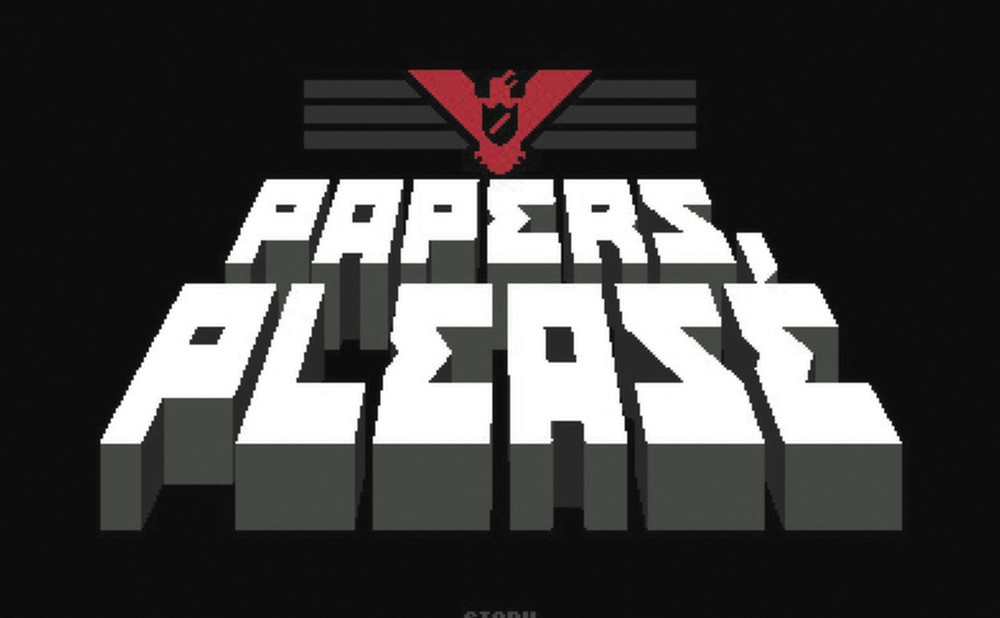 GAME | One of the best bureaucratic paperwork simulators in recent history, the fast-paced, document-scrutinizing action of Papers, Please makes you an immigration inspector at the border crossing of a fictional but oppressive communist nation. Are you savvy enough to know when a work-visa seal is a forgery? Are you diligent enough to notice that the traveler's weight doesn't match his ID card, and then scan him for explosives? Are you heartless enough to separate husband and wife, just because she lacks a passport? Be swift and ruthlessly thorough and honor the glorious nation of Arstotzka. Let too many people through, however, and have your pay docked, as your impoverished family slowly starves and freezes to death.

TV | Comedian Nathan Fielder just wants to help America's small businesses. That's why, as a business consultant on Nathan For You, he offers all sorts of horrible advice. In the first season, he told a frozen yogurt joint they could become a viral sensation by adding poop-flavored yogurt to their offerings and told people running a haunted house they could make it truly scary by convincing a visitor, using an ambulance and a fake medical team, that they were given a terrible disease. Get caught up on Comedy Central's website now, then catch the new season starting July 1 at 7:30 pm on Comedy Central.

WEBSITE | When it isn't playing dirty in negotiations with book publishers like Hachette, Amazon is committing to its mission of making Amazon Prime the broadest service in existence. Originally Prime was just a free shipping service, but in recent years it's tacked on free Kindle rentals and streaming videos to the package. Last month, Amazon added a huge swath of HBO's back catalog, including The Sopranos and The Wire, to Prime's free Amazon Instant Video. Last week, it added a Spotify-style streaming music service called Prime Music. Naturally, not every song ever recorded is available yet, but Daft Punk's latest album is. ♦