Ansari's dive into romance, a winning debut and wine-y talk 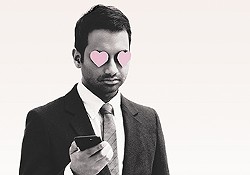 BOOK | At first glance, MODERN ROMANCE could be seen as just another funny book about outrageous relationship failures or a sociology textbook on the topic of dating in the age of constant communication. In reality, it's a captivating, innovative and absolutely hilarious combination of both. Aziz Ansari (Parks and Recreation) serves as the witty, sarcastic narrator to the book, which is packed with research led by NYU sociologist and author Eric Kleinenberg. The data includes everything from charts, like the percentages of people who say extramarital affairs are "morally unacceptable" by country, to personal anecdotes — one woman recounted how a guy showed up to their first date in a beekeeping suit. 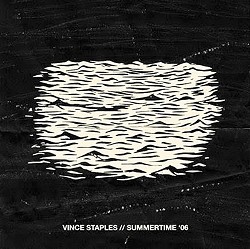 ALBUM | If you're plugged into the rap world, you know Vince Staples from his mixtapes, collaborations with artists like Common, Earl Sweatshirt and Mac Miller, and his 2014 EP Hell Can Wait. But if you're like me, you've (regretfully) only just heard about him after the June 30 release of his debut full-length album SUMMERTIME '06. It's a 20-track, 59-minute double LP that flows like one complete piece — a steady, dark, raw sound that blends each track together until the album suddenly ends mid-sentence. Staples tells the chilling, honest story of the summertime when his childhood ended and an adolescence of gang violence, drug deals and bodies in alleys began.

VIDEO | Every "Wine Wednesday," Buzzfeed employee Matt Bellassai sits at his desk, presses "record," drinks an entire bottle of wine and then complains about things. Then he posts it online to be viewed by millions. This is the concept of the hysterical video series WHINE ABOUT IT. Tune in on his Facebook page (facebook.com/buzzfeedmatt) every Wednesday to hear gems like this: "That one friend who's like, 'Oh let's not split the bill evenly because all I got was a side salad.' Well, I'm sorry you chose the shit option. That was your choice. That wasn't mine, sir." ♦