FILM | Director Penelope Spheeris spent years refusing to put her eye-opening, three-film documentary series about Los Angeles punks, metalheads and street kids on DVD or Blu-Ray, but happily her daughter finally convinced her to remaster all three and release them as THE DECLINE OF WESTERN CIVILIZATION COLLECTION. The first Decline arrived in 1981, offering a gritty, black-and-white look into L.A.'s punk underground and nearly making a star of The Germs' Darby Crash. Part II, aka The Metal Years, is a hilarious Technicolor trip on the Sunset Strip during the '80s hair-metal heyday, while Part III dives into life as a millennial street kid.

MUSIC | Jason Isbell is easily one of the best American songwriters working today, living at the intersection of rock, country and folk and consistently delivering searing songs that linger in your head, and heart, for ages after you first hear them. The evolution he's made since being a young guitar-slinger with the occasional tune on the Drive-By Truckers' mid-aughts albums into a solo headlining artist has been stunning, and his new album, SOMETHING MORE THAN FREE, won't slow the momentum from his excellent 2013 set Southeastern. If anything, the more blatant country tinges might help him find an audience beyond "alt-country" cultists. 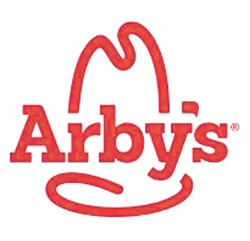 TWITTER | Some use Twitter as a news-gathering source; I mostly use it for laughs. And I seldom laugh harder than when a tweet shows up in my stream from @NIHILIST_ARBYS. Purporting to be the dark voice of the fast-food roast beef purveyor, you get gold like this July 4 post: "Today, celebrate a crumbling empire by shoveling fistfuls of Arbys meat into your bloated face and then drunkenly blowing off your toe. #usa." And the feed is not above taking part in trends. To wit: "Arbys #mancrushmonday goes out to man, crushed by the weight and cruelty of an indifferent universe. You'll never be this young again." ♦